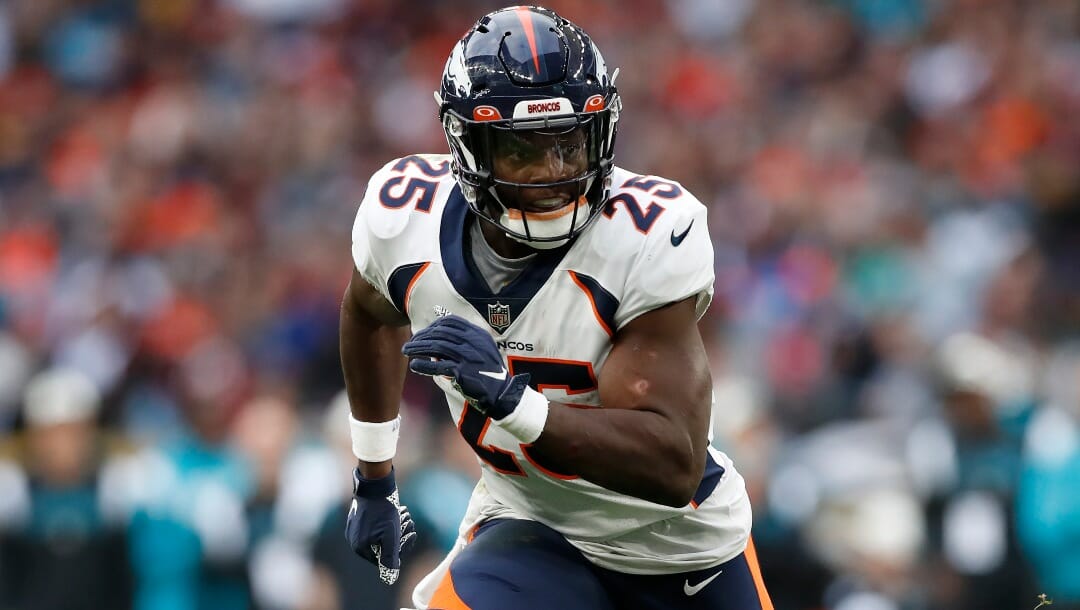 The Denver Broncos no longer have the NFL’s worst ATS record – nor are they on pace for their first ATS record since 2017 (4-11-1) – after covering in London as an underdog against the Jacksonville Jaguars.

After the win and a bye in Week 9, the Broncos opened as a 3-point road underdog against the Tennessee Titans in Week 10. Here are three NFL betting trends for the matchup:

The Broncos covered as a 10.5-point home favorite in a 26-0 win over the New York Jets in Week 3 of the 2021 season. It was their fourth straight ATS win, matching their longest ATS winning streak in the last 10 years.

They failed to cover a week later – as a 1-point home favorite vs. the Baltimore Ravens – and have covered in consecutive games only once since then – Week 8 and Week 9 in 2021.

The Broncos have failed to cover by an average of six points in two opportunities for consecutive ATS wins this season. After covering against the Jaguars in Week 8, they’ll have another opportunity this weekend for their second ATS winning streak in their last 23 games.

The Broncos-Jaguars game in Week 8 was the 33rd NFL game this season in which both teams hit the under in their previous game. And when they combined for 38 points – in a game with a total of 40.5 – the under hit for the 20th time in the 33 opportunities (.606)

Two weeks later, the under is still hitting at a high rate in these spots.

Broncos-Titans is one of four Week 10 games within this trend. The others: Indianapolis Colts at Las Vegas Raiders, Jacksonville Jaguars at Kansas City Chiefs, and Minnesota Vikings at Buffalo Bills.

As of Monday, the total for the Broncos-Titans is 39, the lowest in NFL odds this week and the sixth-lowest total this season.

Moneyline underdogs have rolled in low-total games through the first two months this season. In 35 opportunities, those teams are 16-19 (.457) for an ROI of +34.8%.

It appears there’s a potential overcorrection in this market every few years. And it’s happening again in 2022. As of Monday, the Broncos’ moneyline is +125.