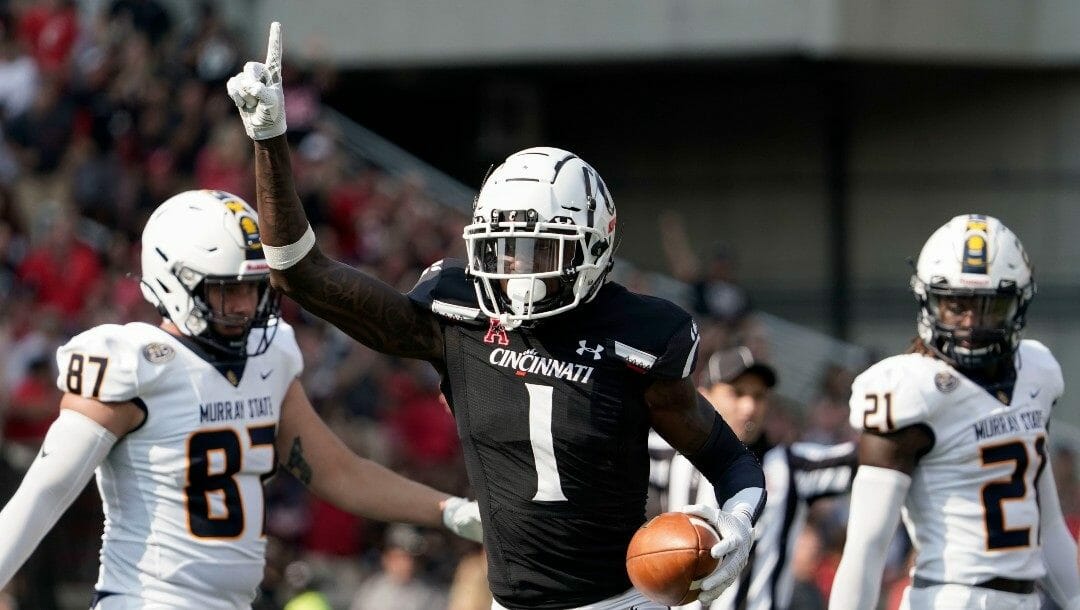 This year, just like every other, NFL Draft pick projections fluctuate without football even being played.

NFL Draft odds for even the top prospects, let alone those who are likely going later in the first round, change with months, then weeks, then days before the No. 1 overall pick is announced.

Here are some of the top soon-to-be pros who have climbed up NFL Draft betting odds charts.

(If you would like more insight on first-round prospects, my NFL mock draft is filled with pick projections, prospect analysis and betting odds.)

Walker’s odds of being the first player drafted began at +3000 and even went to +3300. As of Monday, he has the top odds at -160. The Georgia defensive lineman passed Michigan defensive end Aidan Hutchinson.

Walker has arguably the highest ceiling of any of this year’s class. His athleticism popped out during the NFL Combine.

Walker lined up both at defensive end and on the interior, showing his versatility. He wasn’t overly productive in his final collegiate campaign, though, finishing last year with 37 tackles, 7.5 for loss, six sacks, and a team-high 36 hurries.

However, his skills and potential could have him off the board by the third pick at the latest.

Sauce Gardner has solidified his place as one of the best defenders available.

At -500, the Cincinnati cornerback has the best odds to be the first taken at his respective position among all position groups. The Over/Under on his drafted position is 5.5, and it was 7.5.

Gardner possesses the traits to become a lockdown corner. And he proved he could during college by not allowing a single touchdown in three years.

Others like LSU’s Derek Stingley Jr. have a shot of becoming the first cornerback taken, but there’s no arguing Gardner is widely regarded as a top prospect regardless of position.

Jameson Williams’ stock has both fallen and risen in the past few months.

The wide receiver from Alabama was within the realm of being the first receiver taken in this year’s draft with a highly-productive 2021 season. But then his ACL was torn in the College Football Playoff National Championship, putting some of that in doubt.

Still, he’s climbed up some mock drafts as his injury continues to heal. His draft position Over/Under is 12.5, up from 13.5.

If organizations are willing to think long-term and wait for Williams to recover, he could eventually become the best pro wideout in this class.

The Over/Under on the pick Garrett Wilson goes is also slightly earlier.

For the Ohio State wide receiver, it’s at 9.5 after opening at 10.5 He has the leading odds to be the first receiver selected at -175.

Both Williams and Wilson have had cases all offseason to be the top wideout in this draft. The reasoning for either of them going higher is simple.

Plenty of wideout-needy teams are in the top 10, like the Falcons at No. 8. Others with picks Nos. 11-20 could trade up to ensure they get Wilson.

Either way, Wilson is viewed as an offense-changing player.

In the eyes of some predicting how the NFL Draft will unfold, Christian Watson has arguably seen the greatest change.

Watson has the physical traits to become a standout pro. But he proved he could compete with some of the best players in the country during the Senior Bowl, which catapulted him up draft rankings.

When teams are picking such as the Chiefs or Packers, who both traded away their star receivers and each have two picks in the second half of the first round, Watson’s name may be called.