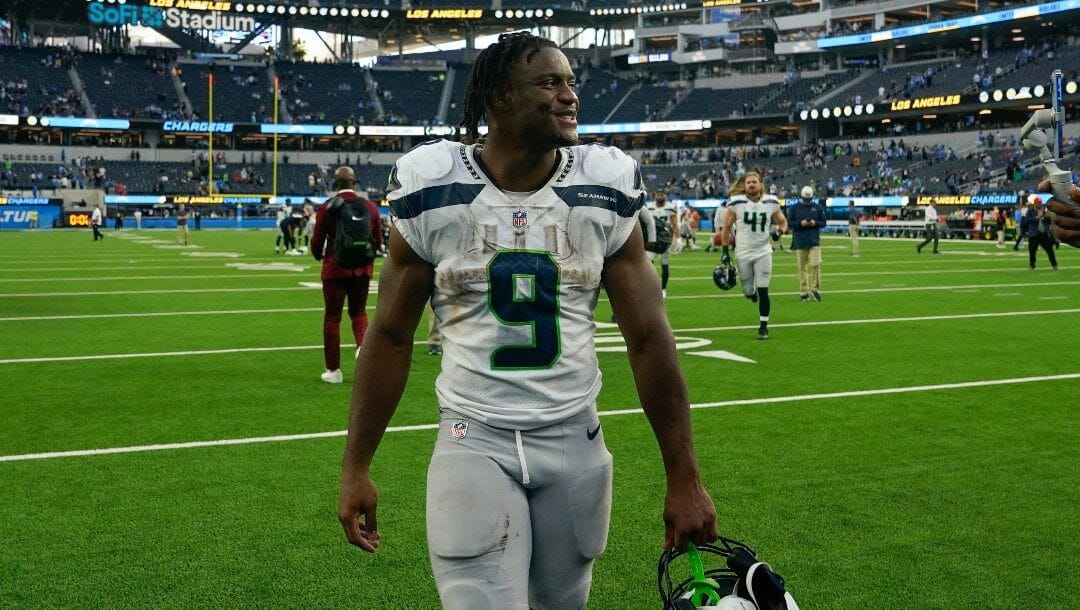 It’s clear several NFL rookie running backs are will be difference-makers for their respective teams this season.

With Breece Hall getting injured a few weeks ago and out for the remainder of the season, here’s how the rankings look following Week 9.

Walker III continues to impress, rushing for 109 yards on 26 carries and two touchdowns as the Seattle Seahawks downed the Arizona Cardinals 31-21 for their fourth consecutive victory. It was the fifth straight week the Michigan State grad found the end zone and his second two-touchdown effort.

The Texans’ workhorse had 27 carries for 139 yards, albeit in a losing effort, as Houston fell to the unbeaten Philadelphia Eagles 29-17 at home on Thursday Night Football. The 22-year-old continues to surpass expectations and has now totaled 678 yards rushing on 148 attempts (4.6 yards per carry) with three touchdowns in eight games. He has also added 98 yards receiving on 12 receptions.

Allgeier was outstanding in a losing effort in Week 9, carrying the ball 10 times for 99 yards and catching one pass for 24 yards, as the Falcons dropped a heartbreaking 20-17 decision at home to the Los Angeles Chargers.

Robinson rushed for 44 yards on 13 carries and caught two passes for six yards as the Commanders fell 20-17 to the Minnesota Vikings. Since his seasonal debut in Week 5, the former Alabama standout has gained 219 yards on the ground on 67 attempts (3.3 yards per carry), splitting time with Antonio Gibson and J.D. McKissic in the Commanders’ backfield.

Joining Cordarrelle Patterson and Tyler Allgeier in the Falcons running back by committee, Huntley gained 34 yards on seven carries in Sunday’s last-second loss to the Chargers. Though Patterson’s return will likely reduce Huntley’s workload, the Falcon’s run-heavy attack will continue to present opportunities for the undrafted free agent out of Ball State.

White had eight carries for 27 yards and caught all three of his targets for seven yards as the Bucs staged a thrilling last-minute touchdown drive to edge the Los Angeles Rams 16-13 at Raymond James Stadium.

Cook saw limited action on Sunday, rushing for 15 yards on four carries, while adding 18 yards receiving on two receptions as the Bills were stunned 20-17 by the New York Jets at MetLife Stadium.

Spiller saw action for just the second time this season, gaining 29 yards rushing on seven carries against the Falcons. The fourth-round pick out of Texas A&M was on the field for 13 offensive snaps. With Joshua Kelly on IR, Spiller and veteran Sony Michel will likely both push workhorse running back Austin Ekeler.

Warren and the Steelers were on a bye in Week 9 and host the New Orleans Saints this Sunday.