Everything You Need To Know From the Baker Mayfield Trade 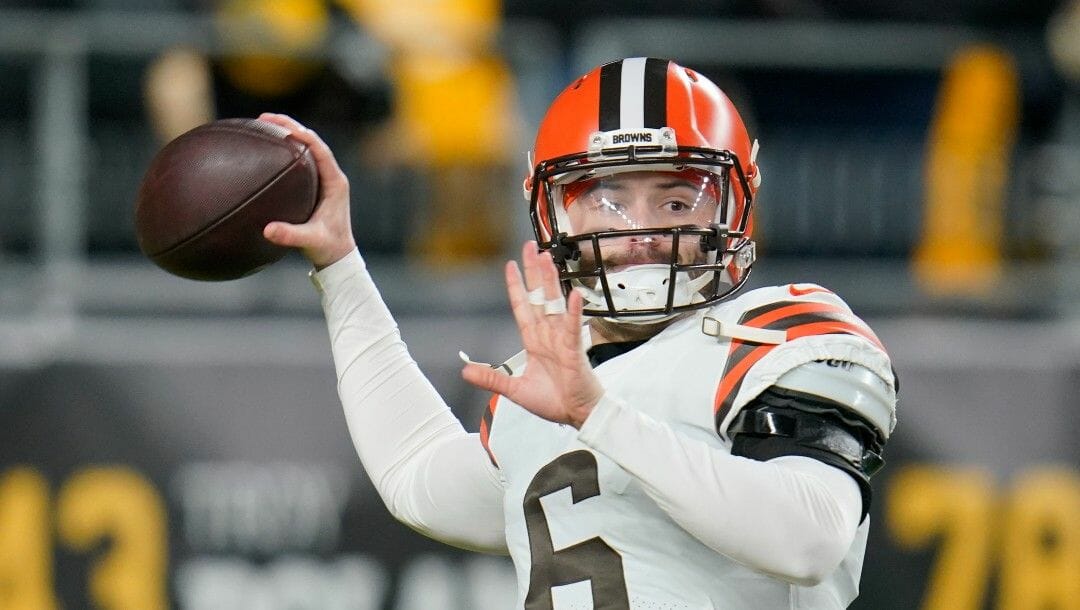 We’ve been waiting for months now to see what would happen with Cleveland Browns quarterback Baker Mayfield. Ever since the organization traded for embattled quarterback Deshaun Watson back in March, it’s been clear that Mayfield’s days in Cleveland were numbered.

On Wednesday, we finally learned his fate. Mayfield was traded to Carolina for a conditional pick in the 2024 NFL Draft. NFL odds have been adjusted accordingly.

There are a lot of angles here, and the news is sure to unfold in various ways over the next few weeks. For now, though, here’s everything you need to know to prepare for a new year of online sports betting in the NFL.

Baker Mayfield Trade: Carolina Gets Its QB for Cheap

Carolina sent a fifth-round draft pick to Cleveland in exchange for Mayfield’s remaining contract. That fifth-rounder turns into a fourth-rounder if Mayfield plays 70% of Carolina’s offensive snaps in 2023 – in other words, if he remains a healthy starter at quarterback.

A conditional fifth-round pick might not seem like much for the No. 1 pick of the 2018 NFL draft, but it’s important to remember that Cleveland had absolutely zero leverage in this spot.

The Browns needed Mayfield out of the locker room, and everyone in the league knew it.

Now, add in the fact the quarterback market in July is extremely stable. There are very few teams that are both willing and able to trade for a big quarterback contract on the eve of training camp.

Immediately after the Watson trade happened, it was obvious Carolina was one of the only realistic destinations in the league for Mayfield. That reality was cemented after the draft.

Perhaps, that’s why the NFL scheduled Browns at Panthers for Week 1.

Baker Mayfield Contract: How the Numbers Work for 2023

And the cherry on top of this Baker Mayfield trade:#Browns at #Panthers, Week 1.

Mayfield is in the final year of his rookie deal, which makes the financing of this trade particularly interesting.

Carolina will only have to pay Mayfield $4.85 million in base salary. Meanwhile, the Browns will pay him $10.5 million to play against them.

Because it’s the final year of his contract after he was selected No. 1 overall, he also had an additional $18.8 million that he was due to make for this upcoming season, accounting for his previous expected total of $34.15 million.

However, Mayfield agreed to convert that $18.8 million to contract incentives to make the cap numbers work for Carolina. Without the concession, he’d still be stuck in Cleveland.