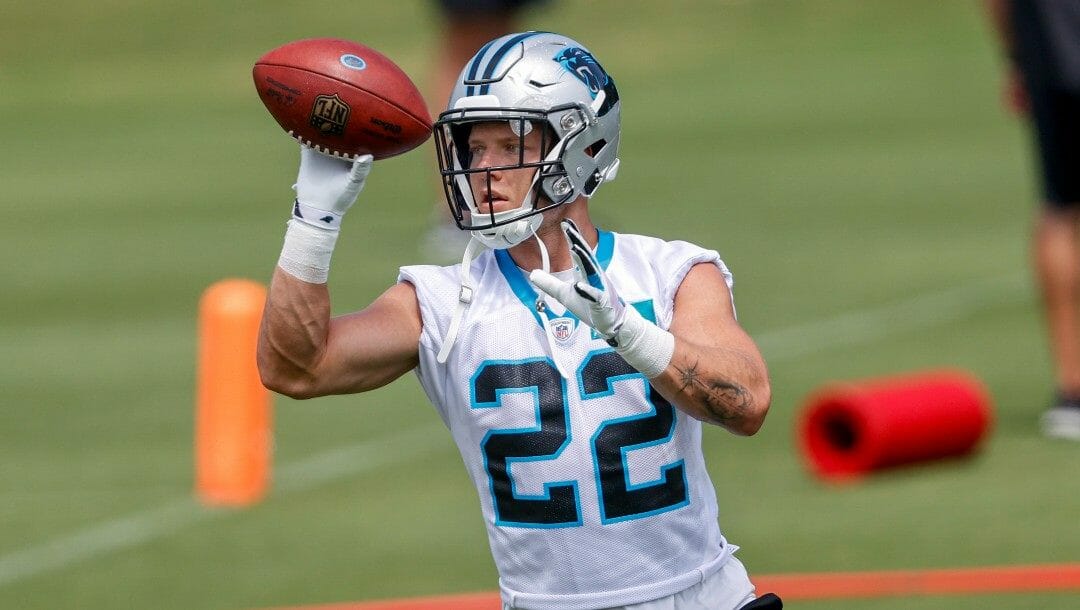 With the Panthers trading for Baker Mayfield, they may have finally found a viable starting quarterback who can help unlock some of their offense’s potential.

Here’s a position-by-position look at the Panthers, whose NFL odds to win the Super Bowl are +12500.

After the Browns traded for Watson, Cleveland sent Mayfield to the Panthers this offseason.

In 2021, Mayfield was 23rd in DYAR and DVOA and was graded 27th by PFF. But before that, he was considered to be rising toward the top 10 quarterbacks in the league.

Mayfield isn’t surrounded by bad offensive weapons in Carolina. So maybe he’ll cement himself as a starter with fresh scenery.

The Panthers’ running back group featuring Christian McCaffrey is ranked No. 7 for the upcoming 2022 NFL season, with an overall grade of 90/100.

McCaffrey earned this place based on the time he’s been on the field, but he’s only played 10 games in the last two seasons.

He proved every time he was available, even in 2021, he’s one of the most explosive and versatile running backs in the NFL. When McCaffrey has been sidelined, Chuba Hubbard has filled in.

Some 2021 #Panthers stats: Four of the Panthers' five wins last year were games in which Christian McCaffrey played, including their 3-0 start.

The Panthers’ wide receiver and tight end group featuring DJ Moore and Robby Anderson is ranked No. 23 for the upcoming 2022 NFL season, with an overall grade of 67/100.

Moore is certainly talented, but the Panthers don’t have much depth here. And while he was 11th in the league with 1,157 receiving yards on 93 catches to go with four touchdowns, he was 69th by DYAR and 73rd by DVOA.

Anderson is another capable Panthers receiver, but he’s looking to bounce back after a 519-yard 2021 season. Terrace Marshall Jr. is slated as another starting wideout, while Tommy Tremble is their tight end.

The Panthers return two starters from an offensive line, which was subpar in a few ways.

But they drafted Ikem Ekwonu sixth overall and added center Bradley Bozeman and guard Austin Corbett. Bozeman was 11th in PFF’s grades at center for the Ravens, and Corbett was 22nd at his position. Time will tell how well these new faces will jell.

While the likes of Shaq Thompson and Brian Burns are back, Carolina did lose Haason Reddick, the team’s leader in sacks in 2021.

The Panthers’ adjusted sack rate was third and their adjusted line yards were seventh. In PFF’s grades, their pass rush was 12th, and their run defense was 17th.

The Panthers were less than stellar after finishing 18th in pass DVOA. Then they lost arguably their best defensive back in Stephon Gilmore.

Jeremy Chinn was graded 23rd among safeties by PFF, and the Panthers hope Jaycee Horn can live up to being the eighth overall pick last year after playing just three games as a rookie. But no one else in this secondary was higher than 60th in PFF’s grades.