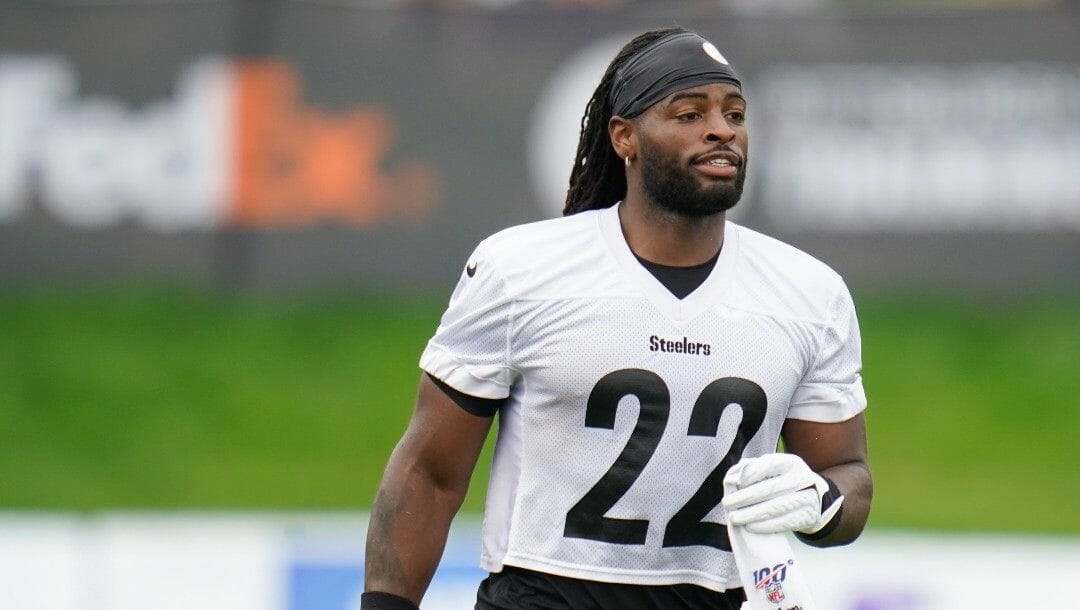 The Pittsburgh Steelers may not be in the playoff mix this season for the first time in quite a while. This is reflected in their +8000 NFL future odds to win the Super Bowl.

For the first time in 18 years, the Steelers will have a new quarterback under center, impacting their competitiveness. However, there are several parallels between 2004 and this upcoming campaign, suggesting that things could go better than expected.

When the Steelers drafted Ben Roethlisberger in 2004, he was touted as the future franchise quarterback. He entered training camp third on the depth chart, with no imminent plans of starting him under center.

Then, Charlie Batch got injured in training camp, and Tommy Maddox didn’t make it out of Week 4, forcing Roethlisberger into action. The rest is history, and now the Steelers need to find a quarterback to lead them into this season.

That situation is akin to how the Steelers prepare for this upcoming campaign. Pittsburgh hopes they have their future franchise quarterback in Kenny Pickett, but they aren’t putting immense pressure on the first-round draft pick to come in and make an immediate impact.

Like Roethlisberger, Pickett enters the season third on the Steelers’ depth chart behind presumed starter Mitchell Trubisky and fourth-year backup Mason Rudolph. There’s no timetable for when the Steelers are hoping Pickett will take over, but thankfully whoever is starting doesn’t have to be a difference-maker.

With stability at quarterback, the Steelers were able to develop several noteworthy starters over the last couple of decades and are left with some young, talented playmakers.

Chase Claypool and Diontae Johnson have shone over the last couple of seasons, taking turns as primary receiving options for Roethlisberger. Trubisky gets to reap the rewards of having two explosive wide receivers on either end of the line of scrimmage.

Moreover, Pat Freiermuth emerged as an elite tight end last year, giving Pittsburgh a primary pass-catching option off the line of scrimmage and a trio of safety blankets that even Trubisky could hit.

Steelers of Years Past

Of course, all of that is looking past what made the Steelers so successful over the last few decades, an effective running back and imposing defense.

Najee Harris was everything they hoped he would be in his rookie campaign. The Alabama product had three 100-yard rushing games last year, crossing the 90-yard barrier on six occasions. With a year under his belt and a question mark at quarterback, Harris will be called upon to do the lion’s share of the work on offense, helping the Steelers control the clock and dictate the pace.

The magic will happen on the defensive side of the ball – Pittsburgh’s front-seven rivals the famed Steel Curtain of the 1970s. T.J. Watt tied the sack record while playing in just 15 games last year and leads a linebackers corps high on talent.

Cameron Heyward anchors a solid defensive line featuring Larry Ogunjobi and Troy Alualu that will disrupt the opponent’s offensive rhythm. That is without considering the Minkah Fitzpatrick-led secondary that allowed 223.8 passing yards per game. The offense doesn’t need to win the Steelers games with a defense like that.

Back in 2004, you had to look past a questionable quarterback to see the bright side of the Steelers, similar to today’s iteration of the club. No one has to step in and do what Roethlisberger did and whoever is starting in Week 1 has to come in and manage the game.

As great as Roethlisberger was throughout the years, he didn’t wow opponents in the twilight of his career, and he didn’t need to.

The Steelers have cornerstones on offense that can make exceptional plays and a defense that could turn the tides every time they step onto the field. The prognosis for the Steelers is guarded, but they are a proud organization and could easily surpass the modest implied expectations of their +8000 Super Bowl odds and 7.5 win total.