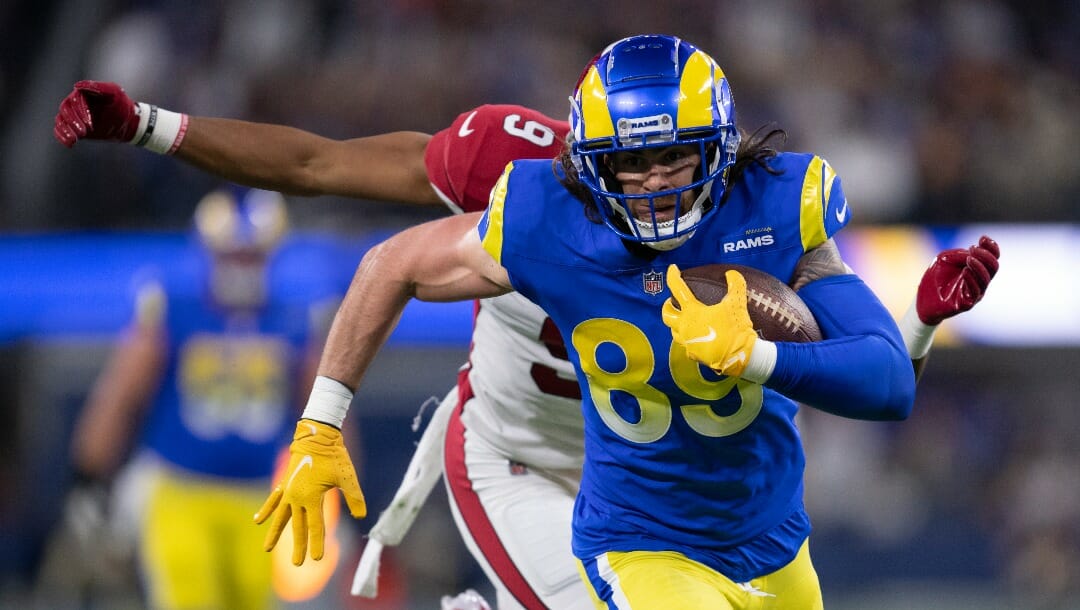 The defending Super Bowl champion Los Angeles Rams are ready to run it back, though they’ll need to navigate a tough NFC West to do so.

Here’s a look at the Rams’ offseason and NFC West odds at the online sportsbook:

Even after a disappointing season with the Chicago Bears in 2021, Robinson’s talent is undeniable and he’ll be excited to have a fresh start with a team and quarterback that should give him a much better chance to succeed.

\With the loss of Robert Woods in the offseason and potentially Odell Beckham Jr. as well, Robinson will be relied upon to step up as WR2 behind Cooper Kupp.

Bobby Trees was instrumental to the success of the Rams’ passing game over his five seasons with the franchise.

In 68 games, he hauled in 367 receptions for 4,626 yards and 23 touchdowns. He has found a new home after a trade to the Tennessee Titans, which leaves some questions as to where production will come from pass-catchers not named Kupp or Robinson.

Akers showed flashes of serious potential during his rookie season in 2020 but hit a wall in his trajectory after suffering a torn Achilles in training camp prior to the start of last season. He will be fully healthy and ready to compete for carries with teammate Darrell Henderson Jr. If Akers can show some of the shiftiness and burst he had two seasons ago, he will see more and more workload as the season progresses.

Outside of the aforementioned Robert Woods along with linebacker Von Miller, the Rams have kept most of their talent from a season ago and are seeking to become the first team to win back-to-back Super Bowls since 2005.

They are undoubtedly one of the more talented rosters in the league and at the very least will be in the running to capture the division in December or January.

This number at plus-money feels promising given the situations the rest of the division is facing. The San Francisco 49ers still likely have a lower ceiling due to quarterback play, the Arizona Cardinals were dealt a brutal blow with the six-game suspension to star wide receiver DeAndre Hopkins, and the Seattle Seahawks are entering a rebuild following the trade of Russell Wilson. Based on all of these headlines surrounding the division, it’s surprising to see this number hasn’t gotten any shorter.

Prediction: Buy the Rams at this decent price to win the NFC West for a second-straight year.