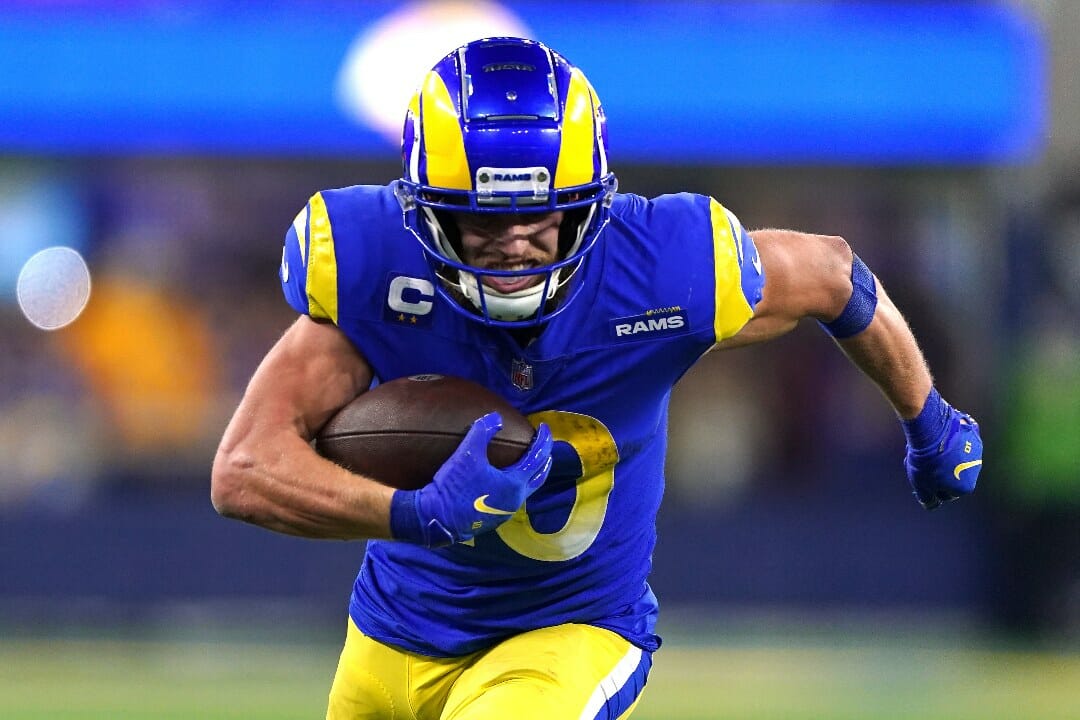 The Rams compiled a Super Bowl roster by making aggressive moves, like trading for Matthew Stafford. And while they don’t have the same personnel, they still are one of the NFL betting favorites to win another title at +1100.

Here’s a position-by-position look at the Rams, who have standout players on both sides of the ball.

The Rams and Stafford benefited greatly from his move to LA last offseason. He was especially crucial during the playoffs.

Stafford, at last, showcased what he could do with a strong team around him. His DYAR was sixth and his DVOA was ninth. According to PFF, he made the most big-time throws in 2021.

While the Rams lost Robert Woods and Odell Beckham Jr., they added Allen Robinson and still have reigning receiving champ Cooper Kupp going into 2022. Stafford still has a few years to thrive in the Rams’ offense.

2021 #Rams stats: Matthew Stafford was in the top 3 in the NFL in passing TDs (43), yards (4,886) and average completed air yards (6.7) but also tied for the league-lead in picks (17) @NextGenStats
The Rams were top 8 in offensive, defensive and special teams DVOA @fboutsiders

The Rams’ running back group featuring Cam Akers and Darrell Henderson Jr. is ranked No. 25 for the upcoming 2022 NFL season, with an overall grade of 55/100.

Akers was injured for most of the 2021 season and played just one game. But the Rams believed in the 2020 second-round pick out of Florida State enough to let Sony Michel walk in free agency.

Henderson was the Rams’ second-leading rusher last year. He was 12th in DVOA and 15th in DYAR with 695 yards.

The Rams’ wide receiver and tight end group featuring Cooper Kupp and Allen Robinson II is ranked No. 5 for the upcoming 2022 NFL season, with an overall grade of 93/100.

While LA lost Robert Woods, the team added Robinson in free agency. Robinson has been a star when he’s had even remotely serviceable quarterback play. The Rams also have tight end Tyler Higbee to throw to.

The Rams lost Andrew Whitworth, arguably the best tackle in the NFL. But they still have a competent group up front which was sixth in adjusted line yards and seventh in adjusted sack rate last season.

The Rams return three who started at least 15 games. That includes David Edwards, the 29th-best guard by PFF, Brian Allen, the 10th-best center, and Rob Havenstein, tied for the 21st-best tackle. The Rams have also been high on tackle Joe Noteboom.

Aaron Donald is beginning to earn a spot in the discussion for greatest defensive player of all time and boosts this unit immensely. Interior defensive lineman A’Shawn Robinson was 11th in PFF’s grades. And while the Rams lost Von Miller, they added another legend in Bobby Wagner.

The Rams had the top-graded run defense and pass rush by PFF last season. They were eighth in both adjusted line yards and adjusted sack rate.

Jordan Fuller was PFF’s 19th-graded safety. The Rams were sixth in pass DVOA a season ago.