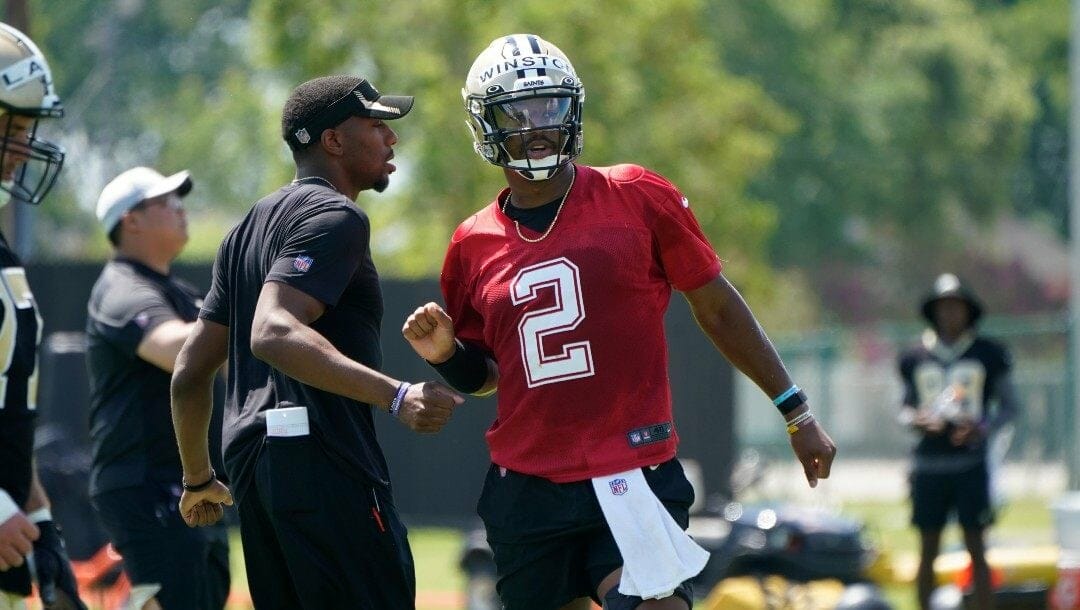 With Sean Payton stepping down after a successful decade as the Saints’ head coach, former defensive coordinator Dennis Allen is now leading the team. Only time will tell how different this team will be because of it.

Here’s a position-by-position look at the Saints, whose NFL odds to win the Super Bowl are +3000.

Winston is skilled, no doubt about it. But his consistency and health are in question.

New Orleans is dealing with a coaching change, but the Saints did add talent at wideout in Jarvis Landry and rookie Chris Olave. If Winston can put a full season together, he has a chance to secure a place as a long-term starting quarterback.

2021 #Saints stats: In 7 games, Jameis Winston was 7th in the NFL in passer rating and was 35th in aggressiveness % @NextGenStats

The Saints were first in rushing defense DVOA, third in total defensive DVOA and fourth in pass defense DVOA @fboutsiders

The Saints’ running back group featuring Alvin Kamara is ranked No. 14 for the upcoming 2022 NFL season, with an overall grade of 76/100.

For myriad reasons, the Saints’ offense took a step back in 2021. Kamara was no exception, as he ranked 50th in DYAR and 47th in DVOA. And for the first time in his career, he totaled less than 500 yards through the air.

Kamara is still a dynamic weapon out of the backfield, so it’s up to the Saints’ new-look coaching staff to maximize his talent. Mark Ingram II is back as their second-string back.

The Saints’ wide receiver and tight end group featuring Michael Thomas, Chris Olave and Jarvis Landry is ranked No. 15 for the upcoming 2022 NFL season, with an overall grade of 77/100.

This position could vary greatly because this group has some question marks. How will Thomas respond after not playing in 2021? How will Olave adjust to the pro game?

Thomas is undoubtedly one of the marquee receivers in the league when he’s healthy. And Olave was a top-notch prospect with dazzling route-running skills. Those two, combined with Landry, could make for a top-10 receiving corps.

Adam Trautman is expected to start at tight end for New Orleans.

The Saints were 27th in adjusted line yards and 23rd in adjusted sack rate last season. The five offensive linemen who started the most games for them are back. While they lost Terron Armstead, they drafted tackle Trevor Penning in the first round.

At 33 years of age, Demario Davis was ninth last season in PFF’s grades of linebackers. Pete Werner was even higher on that list, as he was graded sixth.

New Orleans was second in PFF’s grades for run defense and 22nd in its pass-rush grades. The Saints were third in adjusted line yards and sixth in adjusted sack rate, however.

The Saints were fourth in pass DVOA in 2021. That was before they added star safety Tyrann Mathieu, albeit while losing Malcolm Jenkins and Marcus Williams in the offseason.

Marshon Lattimore is among the best cornerbacks in the game. He’s made the Pro Bowl four of the last five seasons.