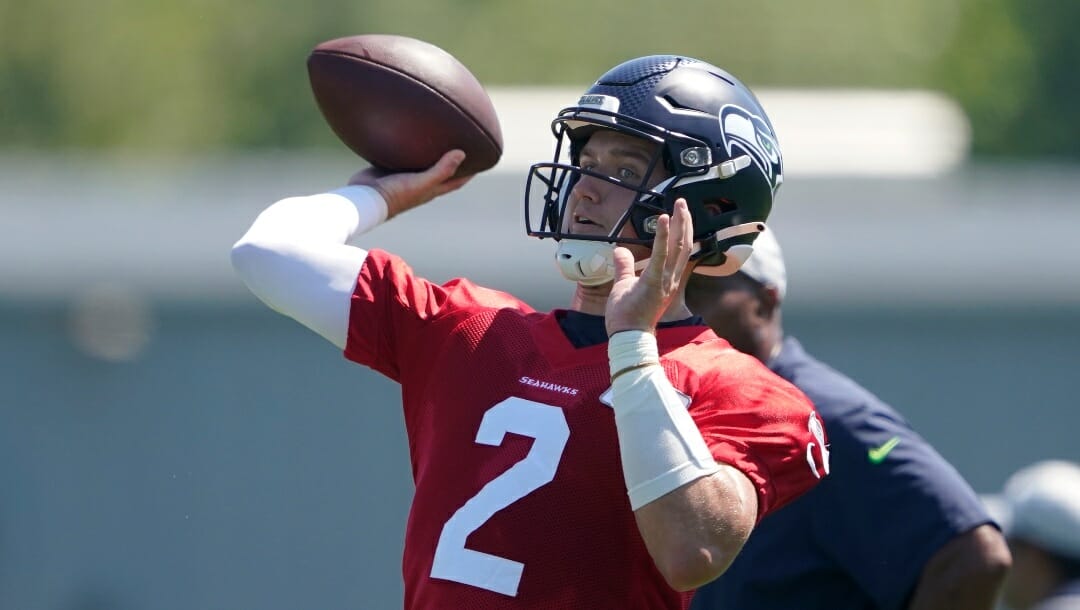 Oh, how the mighty have fallen.

For the first time since 2011, the Seattle Seahawks finished last year below .500. Worse, the NFL betting futures market at the online sportsbook suggests that this upcoming campaign will test their resiliency; the Seahawks enter the 2022 season with the third-longest Super Bowl odds on the board.

Some questionable offseason moves and a downgraded roster put the once proud Seahawks at an immediate disadvantage in one of the toughest divisions in football. This appears to be a run-out-the-clock situation for Seattle, as they look to build for the future rather than running in back with their former roster.

After years of speculation, the Seahawks finally traded away the face of their franchise, Russell Wilson, this past offseason. The Seahawks got away with a king’s ransom, acquiring Drew Lock, Noah Fant, two first-round picks, two seconds, and a fifth-rounder in exchange for Wilson and a fourth-round selection. That’s in addition to moving on from five-time All-Pro linebacker Bobby Wagner, who was released in March after ten seasons with Seattle.

At face value, the Seahawks appear to be looking towards re-loading to extend their shelf-life as contenders. However, it comes at the expense of their competitiveness today.

The Seahawks still have talented players on both sides of the football that could help them steal games. Last year, the wide receiver duo of Tyler Lockett and DK Metcalf combined for over 2,000 yards and 20 touchdowns. Granted, they won’t have Wilson throwing them the ball anymore, but that doesn’t diminish their game-changing abilities.

Defensively, the team returns two-time Pro Bowler Quandre Diggs, who will be expected to improve the Seahawks secondary, which allowed the second-most passing yards in the league last year. He’s joined by Jamal Adams, who hasn’t delivered on expectations since the Seahawks acquired him from the Jets for two first-round draft picks. Both Diggs and Adams are among the highest-paid NFL safeties.

Additionally, the team leader in tackles, Jordyn Brooks, emerged as a legitimate threat last season and is the heir-apparent to replacing Wagner in the linebackers corps.

The Seahawks may have lost several key players, but they aren’t short on talent. Pete Carroll needs to find a way to get the most out of their roster, maintain locker room harmony, and pacify the stars still on the team.

Although they have several noteworthy stars, overall, Seattle lacks the roster completeness to hang with the other three NFC West teams.

The defending Super Bowl champion Los Angeles Rams brought back most of their roster, including Aaron Donald, who was toying with retirement but ran it back for at least one more season to defend the crown. Kyler Murray and the Arizona Cardinals have spent years building this iteration of the team and, with several key acquisitions, will be ready to compete.

Lastly, the San Francisco 49ers are just two years removed from their run to the championship game. If we believe Kyle Shanahan, this season’s version of the Niners will be even more competitive with Trey Lance under center.

Seattle’s three division rivals spent the offseason getting better, which is a different strategy than the Seahawks. That puts them at a disadvantage as we head into the upcoming campaign.

There may be brighter days a couple of years ahead, but that’s not going to help the Seahawks this season.

Their defense will keep them in most games, and they have game-breakers at wideout that could turn the tide offensively, which could help them surpass their modest 5.5 win total. However, as their NFL odds imply, the Super Bowl isn’t a likely destination for the Seahawks as they look for their future cornerstone players.

Can they do enough to keep Pete Carroll away from the NFL hot seat?