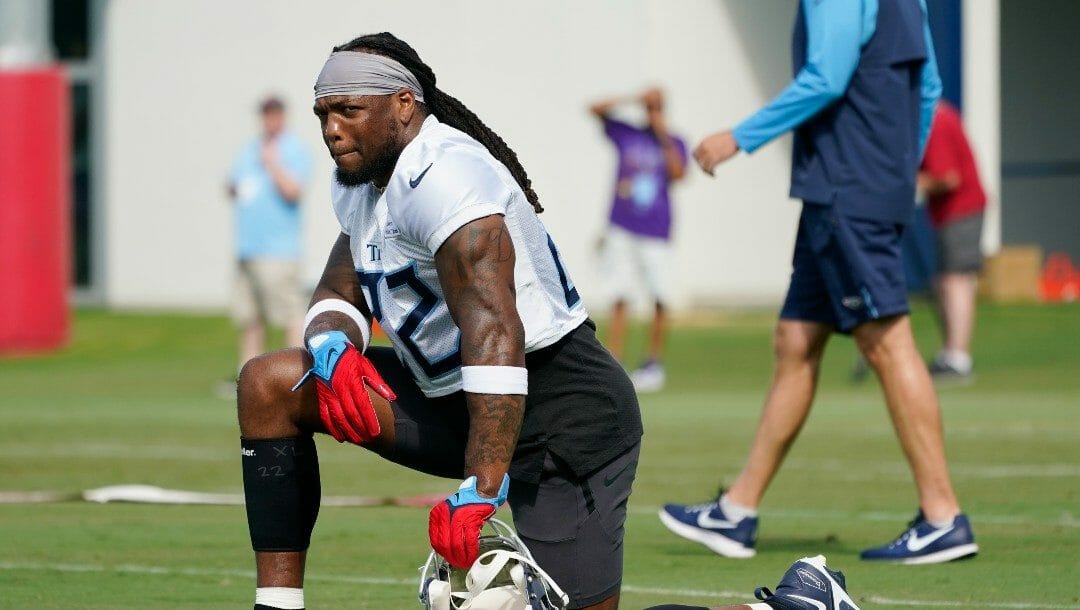 The Tennessee Titans enter the 2022 season with +3000 NFL odds to win the Super Bowl following a successful 12-5 campaign, comfortably winning the AFC South Division. After a frustrating loss in the Divisional Round to the Cincinnati Bengals, the Titans have their sights set higher in what will no doubt be a highly competitive AFC.

The Titans were busy in the offseason, trading standout wide receiver A.J. Brown to the Philadelphia Eagles for a first and third-round pick, highlighted by the selection of Arkansas wideout Treylon Burks with the 18th overall selection.

Treylon Burks working on changing speed within the route and working back to the QB. pic.twitter.com/djpGhSHOSx

This year’s schedule is ranked 24th strongest based on opponents’ 2021 win-loss percentage. Weeks 9-13 pose a significant challenge for Tennessee, however, facing Kansas City, Denver, Green Bay, Cincinnati, and Philadelphia. The Titans’ season could hinge on how they handle this stretch.

With expectations running high, here is a look at the Titans’ road ahead.

Under new head coach and former Bills offensive coordinator Brian Daboll, the Giants are expected to improve this season after an injury-plagued 2021 campaign. Buoyed by a strong draft and general return to health at skill positions, the Giants could surprise.

The Titans rallied in the fourth quarter to edge the Bills, 34-31 in Week 6 last season. Derrick Henry romped for 143 yards on 20 carries and two touchdowns in that game, while Buffalo quarterback Josh Allen had a field day with the Titans secondary, completing 35 of 47 passes for 353 yards and three touchdowns. Expect more of the same in this year’s dustup in what could be another high-scoring affair.

The Titans host the Raiders and their prized off-season acquisition, All-Pro wideout Davante Adams. Reunited with college quarterback Derek Carr, the ex-Packer adds a dynamic dimension to Las Vegas’ attack that will no doubt challenge the Titans’ defense.

The first of two meetings within four weeks for the Titans with their division rival. Tennessee swept the home-and-home series last season, including a thrilling 34-31 overtime victory in Week 8. Surprisingly, both Titans workhorse Derrick Henry and Colts star running back Jonathan Taylor found the going tough in that game, Henry rushing for just 68 yards on 28 carries, Taylor managing 70 yards on 16 attempts.

The Commanders’ pass defense took a decided step back in 2021, giving up 254.9 yards per game, the third worst in the NFL. Establishing the passing game will be key for the Titans in this contest.

In the return matchup with the Colts, Indianapolis is hoping for a more balanced attack with former Atlanta Falcons legend Matt Ryan under center.

The Texans gave the Titans all they could handle last season, defeating Tennessee 22-13 in Week 11. The Titans returned the favor in Week 18, edging the Texans 28-25 in Houston. With Houston continuing to rebuild, Tennessee will be heavily favored here.

The Titans begin a tough four-game stretch with this clash against Patrick Mahomes and the Kansas City Chiefs. Tennessee stunned the Chiefs in Week 7 last season, winning handily at home 27-3.

The Titans welcome Russell Wilson and the Denver Broncos in a highly anticipated matchup with the former Seahawk All-Pro quarterback. The Broncos are expected to be in the AFC playoff mix, with Wilson leading an improved offensive attack that ranked a disappointing 23rd in points per game in 2021.

An intriguing Thursday night clash with the Packers at Lambeau, who adjust to life without All-Pro wideout Davante Adams. Supporting quarterback Aaron Rodgers with a solid run game and one of the league’s top defensive units, the Packers remain a leading contender for NFC supremacy.

A stern test for the Titans’ defense, facing Joe Burrow and the Bengals’ formidable receiving corps. Cincinnati edged Tennessee 19-16 in the Divisional Round of the playoffs last season, with Burrow throwing for 348 yards and a touchdown.

With  the league’s No. 1 ranked rushing offense in 2021, the Eagles confront the Titans’ top-ranked rushing defense. A compelling matchup in the trenches will likely decide this one.

On balance, the Titans have a favorable schedule in the remaining five weeks of the season, including two games with the Jaguars and one with the Texans. The Jaguars can only improve after last year’s debacle but still have a long way to go under new head coach Doug Pederson.

With both teams expected to be in the playoff hunt, this game looms large heading down the stretch. The Chargers struggled mightily against the run last season, and whether offseason efforts to bolster their rush defense have proven effective will undoubtedly be known at this stage of the season. Expect Justin Herbert and the Charger passing attack to test the Titans early and often.

Spending Christmas Eve at home with the Texans is not an easy out based on their recent history, but it’s hard to envision the Titans letting this one get away.

The Titans host Dallas for what points to be a significant Thursday night game for both teams. The Wild Card race is expected to be crowded in both conferences, and a win here could solidify divisional leadership and playoff positioning.

Should this game be relevant with respect to playoff positioning, you must like the Titans’ chances here.