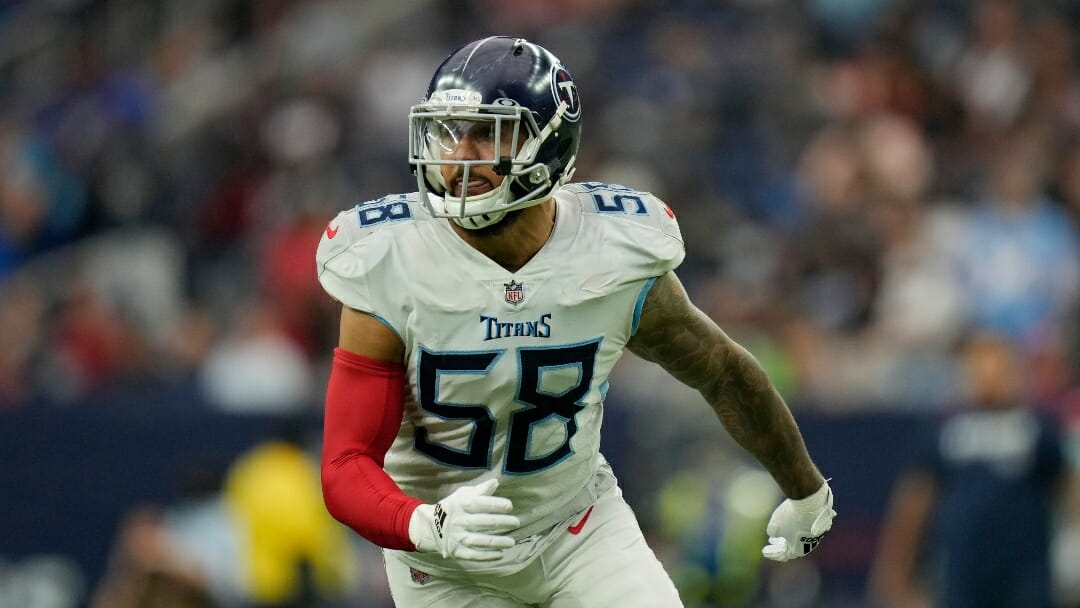 It was a disappointing Divisional Round exit for the Tennessee Titans last year after snatching the AFC’s top seed, but they return key players across the depth chart and sit atop NFL odds to win the AFC South.

Here’s a look at the Titans’ offseason, 2022 outlook, and AFC South odds:

Woods is certainly the biggest pickup for the Titans this offseason, but there are some questions he will need to answer heading into this season.

He is now 30 years old and is coming off an ACL tear back in November as he continues his road to recovery. Woods has the talent to be the number one option here, but we’ll have to wait and see how he looks following the injury.

Tennessee chose to part ways with a 24-year-old superstar wide receiver that has nearly 3,000 receiving yards and 24 touchdowns in just 43 career games over three seasons.

It’s going to take a village to make up for the lost production in the passing game with Brown no longer running routes in a Titans uniform.

The Titans will likely revolve their offense around running back Derrick Henry for another season.

he two-time Pro Bowler has the most rushing yards in the NFL since 2018 by a sizeable margin and is still south of 30 years old. The reason he is the X-factor here is simply due to whether or not he can remain healthy. A foot injury kept him sidelined for the back half of last season and his return in their playoff loss to the Cincinnati Bengals was less than stellar.

Tennessee needs him to be one of the league’s best if they want to see the same level of success this season.

The Titans have sneakily been one of the NFL’s most consistent franchises over the last several seasons.

They have not finished at or below .500 since 2015 and have found the postseason in four of the past five years. But, the window feels like it may be closing here. The loss of A.J. Brown leaves questions to be asked at the wide receiver position, Derrick Henry will need to prove himself after a long-term foot injury, and there is starting to be some urgency regarding Ryan Tannehill’s status as the man they want under center after they drafted quarterback Malik Willis in the third round.

Add in that the Indianapolis Colts have a running back as good if not better than Henry in Jonathan Taylor and acquired former MVP quarterback Matt Ryan, and an AFC South threepeat feels far more difficult than the short +135 price indicates. You are getting shorter odds than normal given that this division is a two-horse race, but don’t put your hard-earned money on a team with more questions than answers heading into 2022.

I’m selling the Titans at this price to contend for the AFC South in 2022.