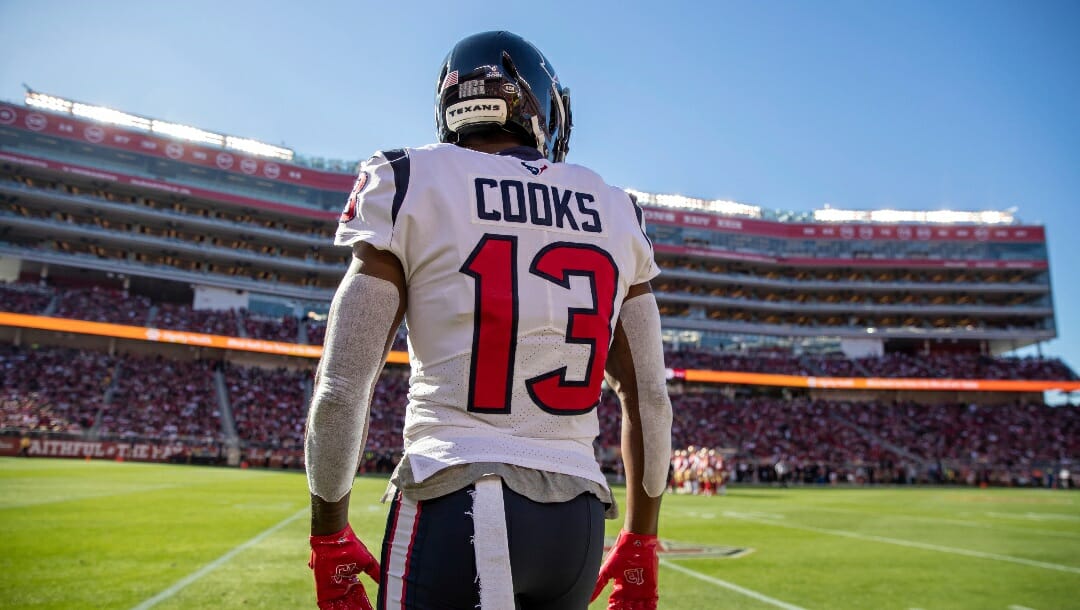 The Texans, even with head coach Lovie Smith now leading the team, will likely endure yet another losing season in 2022.

Here’s a position-by-position look at the Texans, whose NFL odds to win the Super Bowl are +30000.

While the Texans’ 2021 season was a disaster, they seem to have found at least a glimmer of hope at quarterback after moving on from Deshaun Watson.

Mills was drafted in the third round last year out of Stanford. And while Houston dealt with several problems on several levels, Mills was 25th in DYAR and 24th in DVOA last season.

He showed enough for the Texans to hold off on drafting a QB in the first round and see what he can do in 2022.

The Texans’ running back group featuring Dameon Pierce is ranked No. 32 for the upcoming 2022 NFL season, with an overall grade of 44/100.

The Texans’ showed confidence in Pierce, a rookie out of Florida, when they cut veteran running back Marlon Mack. The 2022 fourth-round draft pick totaled 86 yards and a touchdown in the preseason. Rex Burkhead, who’s 32 years old, is slated to be his backup.

The Texans’ wide receiver and tight end group featuring Brandin Cooks is ranked No. 32 for the upcoming 2022 NFL season, with an overall grade of 56/100.

Cooks is the only proven go-to target on the team. He caught 90 passes for 1,037 yards and six touchdowns last season. He was 25th in DYAR and 44th in DVOA last season.

Nico Collins and John Metchie III are both draft picks over the last two seasons who are expected to earn playing time. Brevin Jordan is the Texans’ projected starting tight end.

Some #Texans stats: Houston was in the bottom 3 for total, pass and rush DVOA in 2021. The Texans were 22nd or worse in those categories on defense @fboutsiders

Laremy Tunsil was a Pro Bowler and top-five in PFF’s grades in 2019 and 2020 before a thumb injury limited him to five games last year. However, the rest of the line is problematic. For example, Tytus Howard was tied for PFF’s 76th highest-rated guard last season and is projected to start at right tackle.

The Texans have tried to fix their O-line woes by adding Justin Britt and AJ Cann, as well as drafting Kenyon Green. Britt was graded PFF’s 23rd-best center. Cann played just four games in 2021 but was tied for PFF’s 19th-highest graded guard in 2020.

The Texans’ adjusted sack rate was 23rd, and their adjusted line yards were 25th. Their pass rush was 17th and their run defense was 26th.

The Texans were 22nd in pass DVOA last year, but their secondary starters won’t bring much experience in 2022. For example, they drafted cornerback Derek Stingley Jr. third overall and safety Jalen Pitre in the second round.