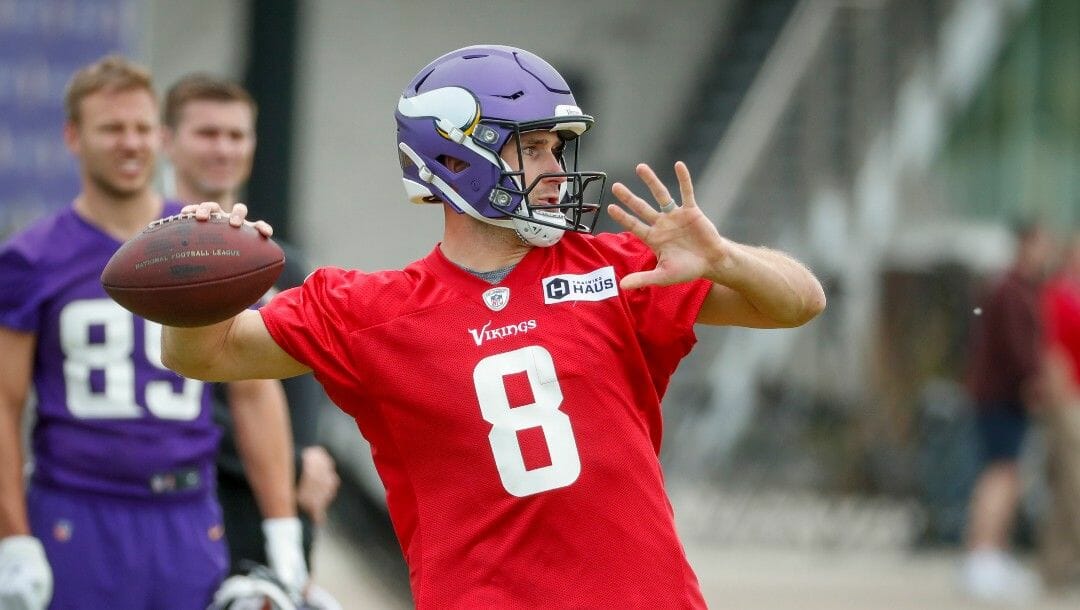 With former Rams offensive coordinator Kevin O’Connell as their head coach, the Vikings’ offense has the skill to be one of the top units in the NFL.

Here’s a position-by-position look at the Vikings, whose NFL odds to win the Super Bowl are +4000.

Statistically, Cousins was a top-10 quarterback in 2021. Last season, he was PFF’s fourth-highest graded passer. He was also seventh in DYAR and eighth in DVOA.

But it’s tough to put him above the other passers on this list considering his risk-averse history. He’s surrounded by some of the best skill position players in the league, which certainly elevates his play.

The Vikings’ running back group featuring Dalvin Cook is ranked No. 10 for the upcoming 2022 NFL season, with an overall grade of 85/100.

Cook was outside of the top 35 for DYAR and DVOA last season. But this ranking serves as an expectation he’ll bounce back. He was still in the top five with 1,159 yards in 2021.

The fact that Cook has rushed for over 1,000 yards each of the last three seasons, and accumulated over 1,000 receiving yards during that span, should prove how capable he is. Alexander Mattison is also a competent backup.

The Vikings’ wide receiver and tight end group featuring Justin Jefferson and Adam Thielen is ranked No. 13 for the upcoming 2022 NFL season, with an overall grade of 80/100.

Jefferson has become one of the elite receivers in the NFL. He owns the league record for receiving yards in a player’s first two seasons at 3,016. Last year, he was third in DYAR and 12th in DVOA.

The Vikings also have receivers KJ Osborn and Jalen Reagor as well as Irv Smith Jr. at tight end on their roster.

Four of the Vikings’ offensive linemen who started the most games last season are back. Among them, Christian Darrisaw showed promise in his rookie season after being drafted in the first round.

They were solid in pass protection (third in adjusted sack rate and seventh in PFF’s pass-blocking grades). However, their run blocking was below average (24th in adjusted line yards and 16th in PFF’s grades).

Minnesota’s PFF grades were 16th and 20th for pass rush and run defense, respectively. While ninth in adjusted sack rate, the team was last in adjusted line yards last season.

Minnesota was 13th in pass DVOA last season. It infused its secondary with talented youth by drafting safety Lewis Cine out of Georgia in the first round and Andrew Booth Jr. out of Clemson in the second round.

Harrison Smith was 11th in PFF’s grades of safeties during a Pro Bowl year, and Cameron Dantzler was 19th among cornerbacks. While accomplished in his career, Patrick Peterson was 64th in PFF’s cornerback grades.