What Are the Washington Commanders’ Super Bowl Odds? 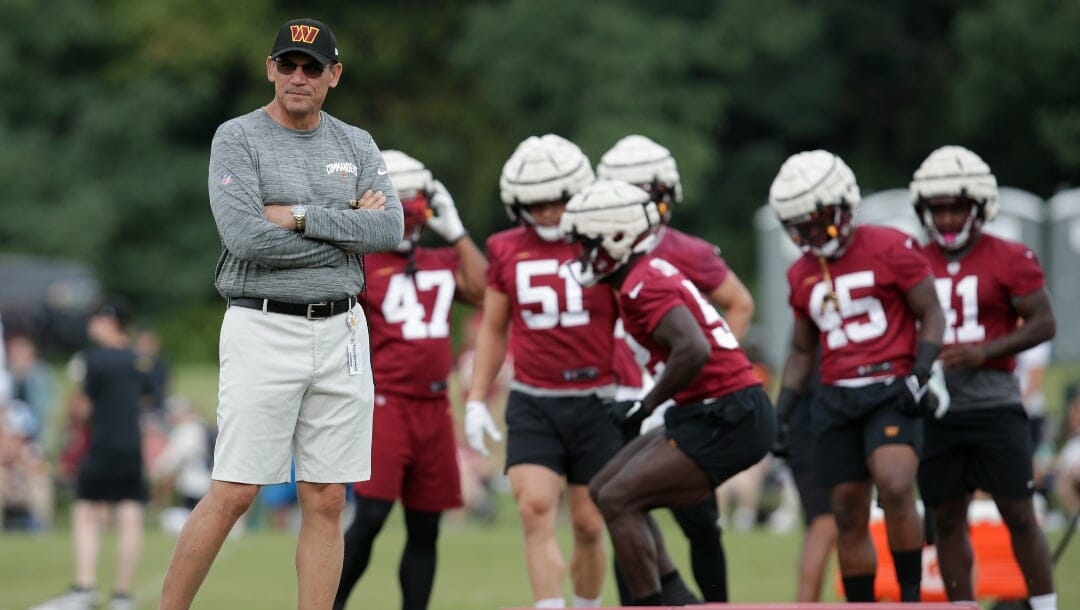 For the first time in history, the Washington Commanders will take to the football field.

Of course, the team has been around since 1937; however, this will be their inaugural season under the new moniker as they look for elusive success and climb Super Bowl odds in NFL betting.

The Washington Commanders have Super Bowl odds of +8000, tied with the Pittsburgh Steelers for the 21st-best in the NFL.

The Commanders have been constructing a fierce defensive line via the draft while stockpiling crucial offensive contributors helping the team solidify play on both sides of the ball.

Needing an upgraded quarterback, Washington acquired Carson Wentz for seemingly nothing, sending the message they believe they have a strong enough team to win now.

Don’t tell this to Jon Gruden, but some teams understand the importance of pressuring the quarterback.

For four years in a row, the Commanders used a first-round draft pick on a defensive lineman. It started with Jonathan Allen in 2017, followed by Daron Payne, then Montez Sweat, and finally Chase Young in 2020. Factor in linebacker Jamin Davis from last year’s draft, and you have the makings of a terrifying front seven.

The Commanders defense ranked near the average in most categories but should continue to develop and become a top unit in the league.

Washington isn’t beaming with talent on offense, but they have some players who are becoming household names.

Terry McLaurin had a successful rookie season in 2019, recording 919 yards on 58 catches, including seven touchdowns. He’s climbed even higher in the two years since then, breaking the 1,000-yard threshold twice and leading the team in receptions and yards both seasons.

McLaurin has made the most of his time in the NFL, doing so without any consistency at quarterback. An entire season with one pivot could facilitate a career year from the Ohio State product.

Last year, we also saw the emergence of Antonio Gibson as a feature back. The former third-round pick rushed for 1,037 yards while failing to match his rookie total of 11 touchdowns, finding pay dirt seven times. His preseason usage raises a few questions, but we like Gibson’s ceiling in 2022.

Nevertheless, it’s been a bad spiral for Wentz, who has seen his quarterback rating dip in each of the past two seasons. Moreover, his passing yards per game have steadily decreased across the past four years, posting below-average completion rates in 2020 and 2021.

Washington is a quarterback graveyard, and if Wentz can’t make it here, it could be his last stop before leaving the league altogether. Similarly, Ron Rivera is hoping Wentz can help him avoid the NFL hot seat and another trip to the unemployment line.

The Commanders win total moved significantly off the opening line, going from 7.5 to 8.5. Granted, the price on the over is currently listed at +135, implying that an eight-win season is the most probable outcome.

Still, that would be their best outcome since an 8-7-1 finish in 2016. Considering they won the NFC East with a 7-9 record in 2020, it’s conceivable that it at least keeps the Commanders in the playoff conversation to the bitter end. Their defense will keep them in games, and two youngsters give Washington hope for the future, but a questionable quarterback limits how successful the Commanders will be this season.