Who Are the Buffalo Bills’ Running Backs in 2022? 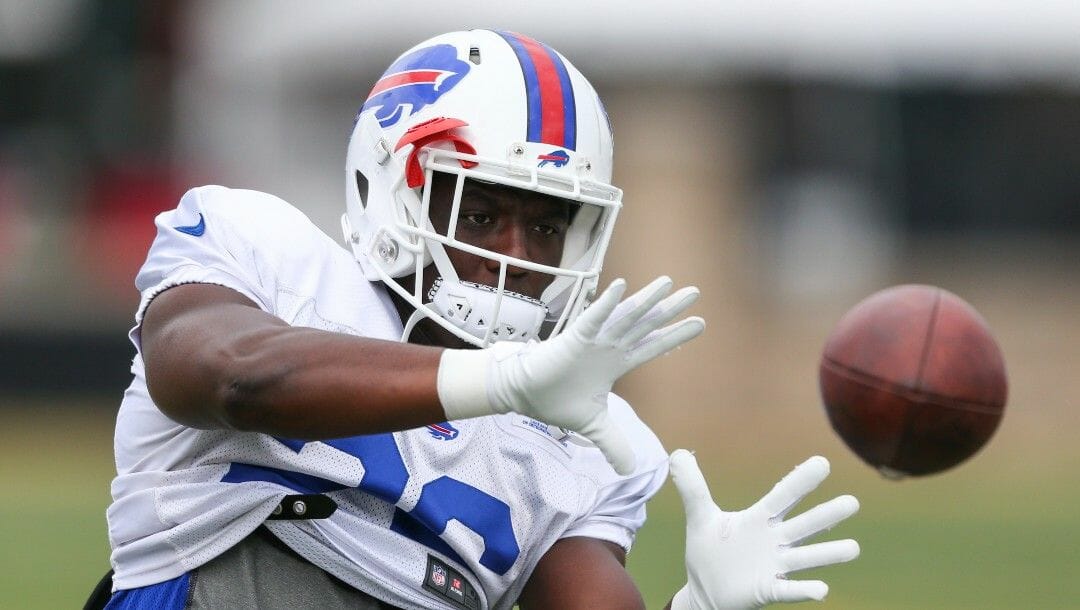 The Buffalo Bills are the current NFL betting favorites to win the Super Bowl, and a big part of those aspirations involves their running game.

Late in the season last year, they showed glimpses of what this rushing attack could be, and thus there’s some promise heading into 2022.

The running back room in Buffalo is expected to be headlined by Devin Singletary. Still, the team spent draft capital on upgrading their No. 2 back by selecting James Cook out of Georgia. That pushed Zack Moss down to the No. 3 spot, while veteran back Duke Johnson has also been at training camp after being signed as a free agent, plus special teams playmaker Taiwan Jones.

Singletary earned the starters role for the Bills in the back half of the 2021 campaign, and he’ll enter this year as the favorite to get the majority of snaps. During the final seven weeks of the 2021 season, Singletary was dominant, finishing with 569 scrimmage yards and six total touchdowns.

Looking at Cook, he finished his final year at Georgia and tallied 1,012 scrimmage yards, along with eleven touchdowns. Cook is thought to be a perfect complimentary back as a receiving threat and someone that can break tackles, which means he should see a fair amount of action under new offensive coordinator Ken Dorsey.

Moss was thought of as the short yardage back and has been generating positive headlines in preseason and training camp action. With that, there’s likely still a roll for him on this football team, but it’s hard to justify him getting more snaps than the likes of Singletary and Cook.

Half the battle with the running game is a competent offensive line, and that’s what the Bills have. This is a significant strength for this club, and it should help each of these ground threats impact what should be one of the NFL’s highest-scoring offenses this season.