Why Is Bill Belichick Wearing a Croatian Flag? 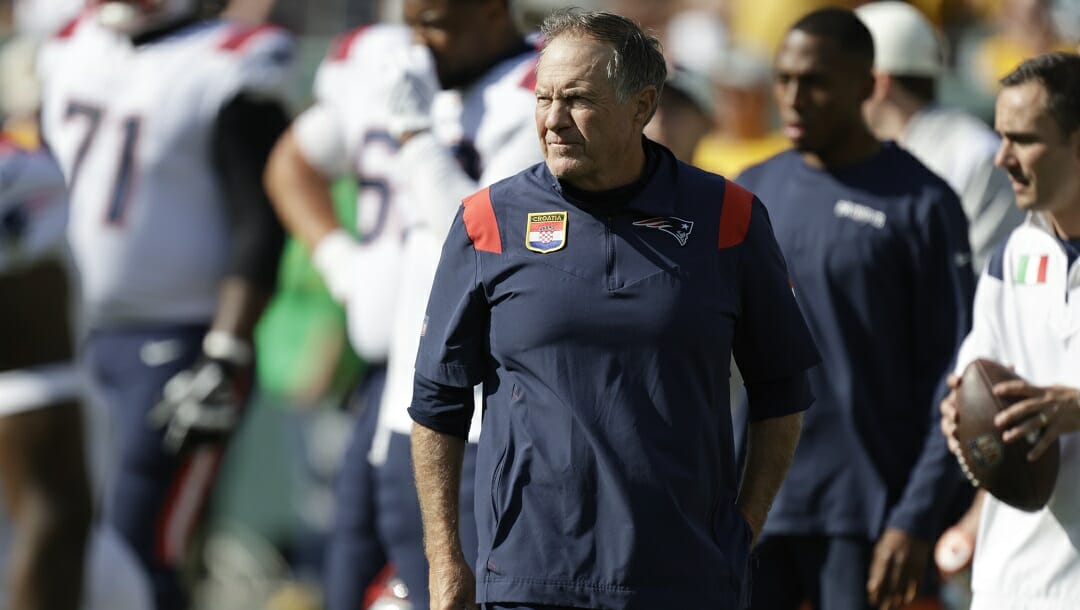 Another Sunday chock full of NFL betting lines has come and gone.

We’ve still got MNF odds on tap for the final game of the week, but many football betting fans are still processing what they saw during the Sunday slate.

One of the stranger sequences involved the state of Wisconsin, a third-string rookie quarterback and the national flag of Croatia.

Why Is Bill Belichick Wearing a Croatian Flag?

Belichick’s paternal grandparents emigrated from Croatia in 1897. Accordingly, Belichick was spotted wearing a small Croatian patch as an homage to his heritage.

Bill Belichick is joining more than 200 players and coaches in celebrating their heritage by wearing the Croatian flag on his chest. 🇭🇷 pic.twitter.com/e8d4GGkxGa

During Weeks 4 and 5 of the 2022 season, the NFL is highlighting the international diversity and heritage of its players and coaches by promoting dozens of unique ancestral lineages with helmet sticker flags.

Over the next two weeks, more than 200 players will proudly wear helmet decals of the country or territory's flag that represents their nationality or cultural heritage. 🌎🌍🌏

Questions about the NFL’s flag policy may have distracted New England fans from a dramatic turn of events during its Week 4 game against the Packers.

Backup quarterback Brian Hoyer was forced from the game in Green Bay thanks to a head injury, which meant third-string rookie quarterback Bailey Zappe took over command of the Patriots’ offense.

During his single year as quarterback for Western Kentucky, Bailey Zappe passed for 5,967 yards and 62 touchdowns – both of which are all-time Division I records.