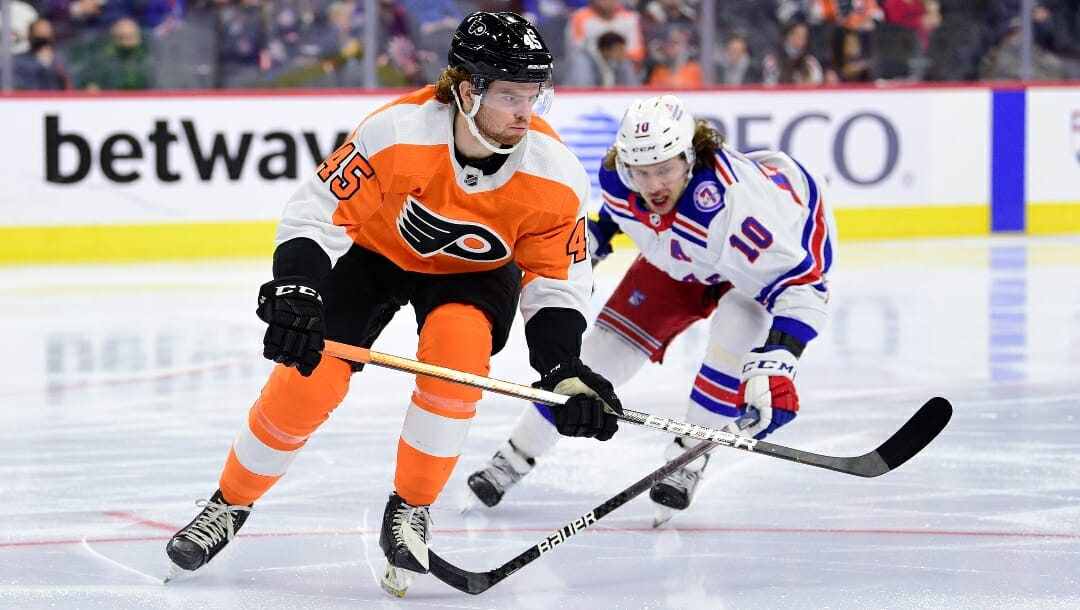 In blowing a third-period lead against the New York Rangers on Jan. 15, the Philadelphia Flyers couldn’t snap a six-game losing streak and fell further out of the playoff picture.

But by building the one-goal lead and losing by only one goal, however, the Flyers did manage to extend one of the wildest streaks in NHL betting this season.

The home loss came two days after a road loss to the Boston Bruins. And in covering +1.5 against the Rangers, the Flyers became the 11th straight team to cover the puck line one game after playing the Bruins.

The streak, which ended two days later when the Nashville Predators didn’t cover +1.5 in a loss to the St. Louis Blues, accounts for 11 of 31 ATS wins in 43 opportunities over the last three and a half months. Since mid-November, teams are a staggering 31-12 ATS one game after playing the Bruins.

Here are four more NHL betting trends for the final two months of the regular season:

The Line for Road Teams

The Columbus Blue Jackets carried a three-game ATS winning streak into their road game against the Florida Panthers on Feb. 24. And they covered -1.5 in a 6-3 win.

One day later, on the road against the Carolina Hurricanes, the Blue Jackets’ four-game ATS winning streak was snapped. That’s been the line for road teams this season.

It’s not often both the home and away team are playing the second half of a back-to-back; it’s only happened 33 times this season, and happens approximately 60 times in a normal season.

But when it does happen, at least this season, the over has been dominant, hitting in 62.5% of opportunities, including five straight times in mid-January.

The next opportunity is scheduled for March 4, when the Pittsburgh Penguins visit the Hurricanes.

In the regular season from 2016-19, games in which Bobrovsky started, the under hit nearly 60% of the time. Over the last three years, the over is hitting 65% of the time, including 67% this season, the best mark among all goalies with at least 20 starts.

Five weeks after a six-goal home loss to the Florida Panthers on Jan. 20, the Edmonton Oilers visited FLA Live Arena on Feb. 26 as a road dog – +1.5 puck line, +165 moneyline.

That was the 38th time this season a road team won outright after losing by at least four goals in their last meeting against the home team. The road teams are 38-32 outright and 49-21 against the spread in those spots.

Thirteen of those 38 outright wins have come when the road team was a moneyline underdog of at least +150, which have contributed to a healthy return of approximately 32% (if you bet on the road team in each instance).

You can view updated NHL odds for the remainder of the regular season and Stanley Cup playoffs at the BetMGM sportsbook.