With less than a month to go before the NHL trade deadline of February 24, rumours around possible player transactions are flying faster than a puck in a playoff. We take a look at what could be the hottest trade movements for each team that are sure to have NHL sports betting lines buzzing.

The big questions for the Carolina Hurricanes are whether to give prospect Jake Bean (currently in great form for the Charlotte Checkers of the AHL) an extended showing in Dougie Hamilton’s role and should they trade Trevor van Riemsdyk – a capable defenseman in a team that already has too many capable defensemen?

NHL trade rumours have the Columbus Blue Jackets on the lookout for some scoring forwards. While Ryan Murray is a solid defenseman when he’s injury-free, that hasn’t been as often as it should for the 26-year-old Canadian. This could see Murray traded by the Blue Jackets for another piece the franchise needs. 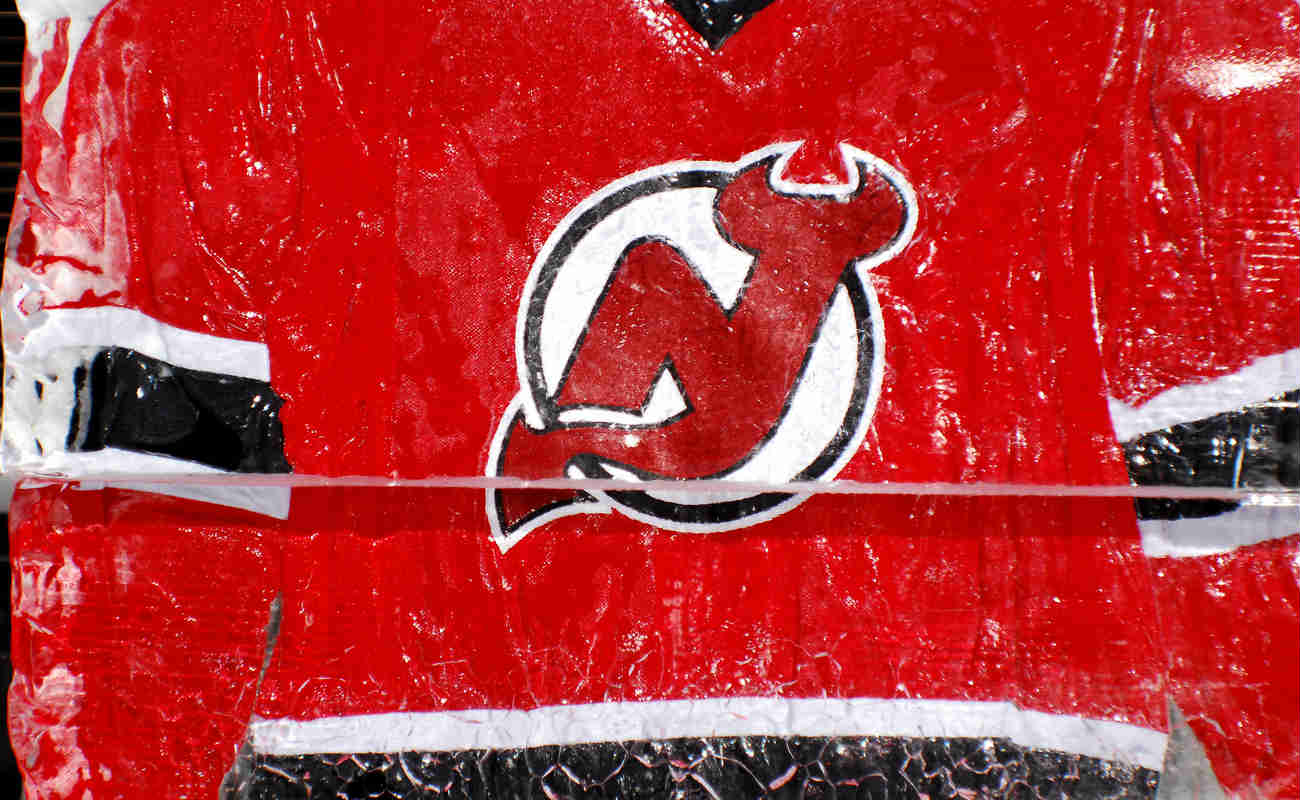 No doubt the New Jersey Devils are selling and Sami Vatanen’s expiring contract might put him top of the roster for a move. But with a blue line situation that’s already thin with Vatanen in the mix, they’ll need to make serious off-season upgrades if they decide to trade the best defenseman in New Jersey.

Here’s the situation with the New York Islanders. They’ve got very few tradable assets on their roster. If they want to pick up a wing who can make good on their offence woes, they might be pushed to deal a prospect and that’s likely to be a player other teams want – like talented Kieffer Bellows. 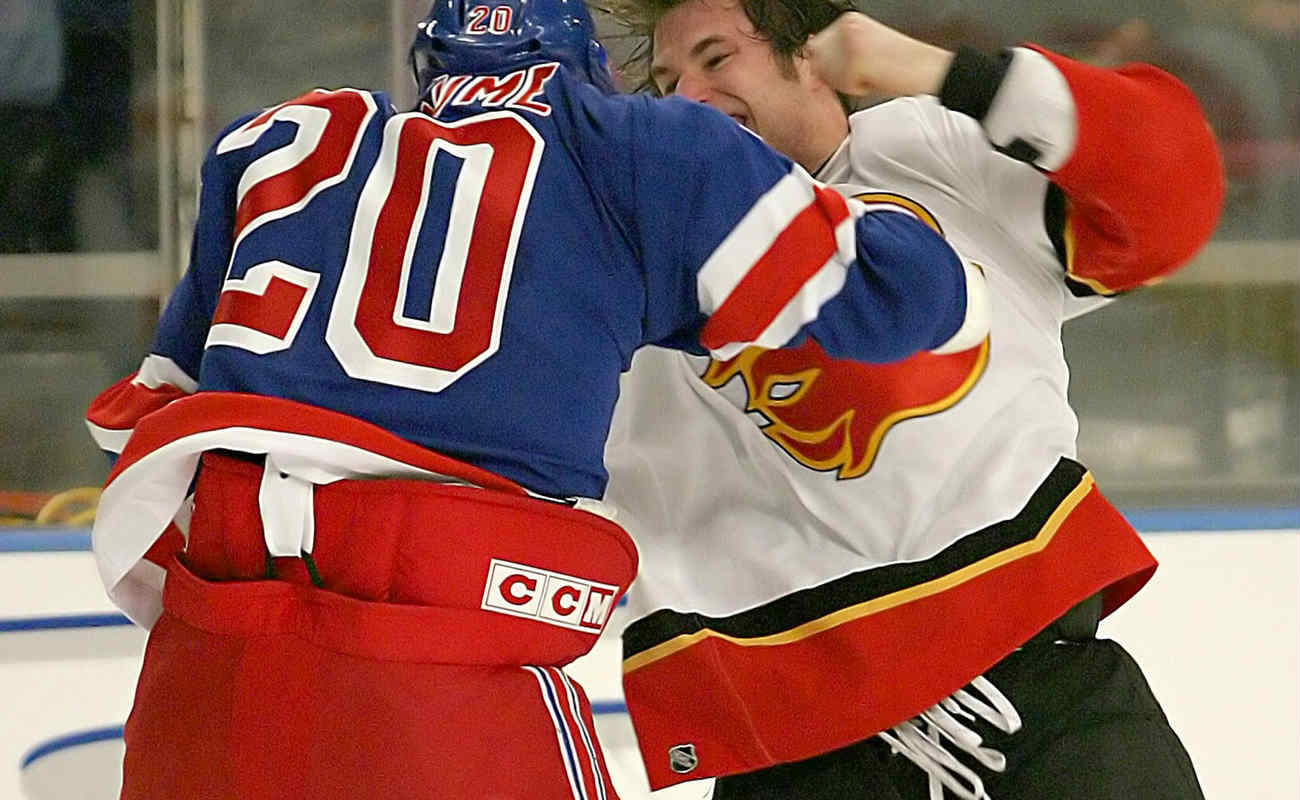 Since Taylor Hall was dealt last month, teams shopping around for a topnotch offence have turned their focus to the New York Rangers forward Chris Kreider off the back of 31 points in 47 games and two previous 50-plus points seasons. Only thing is, Kreider’s contract includes a no-trade clause that consists of 11 unknown teams. Then there’s the $4.6 million he’s making in his final Rangers year, so a trade would mean paying the pro-rata remainder of his deal by the team that accepts the 28-year-old. The Rangers still haven’t made it clear if they’re willing to trade him but there’s a load of interest if they do.

The Philadelphia Flyers are sorely in need of a top-six forward to turn them into a serious Stanley Cup contender. That said, they might have to trade defenseman Shayne Gostisbehere to get that top-six forward.

Second on the Metropolitan Division table and breathing down the necks of the Washington Capitals, the Pittsburgh Penguins have had to contend with more than their fair share of injured players this season, including majors like Sidney Crosby and Evgeni Malkin.

A million dollars in their pocket could see the Penguins picking up Chris Kreider if the Rangers choose to give him up. As many of their major players are in the sunset of their careers, time may be running out for the Penguins to add youthful depth to their lineup of players like Jared McCann and Bryan Rust. 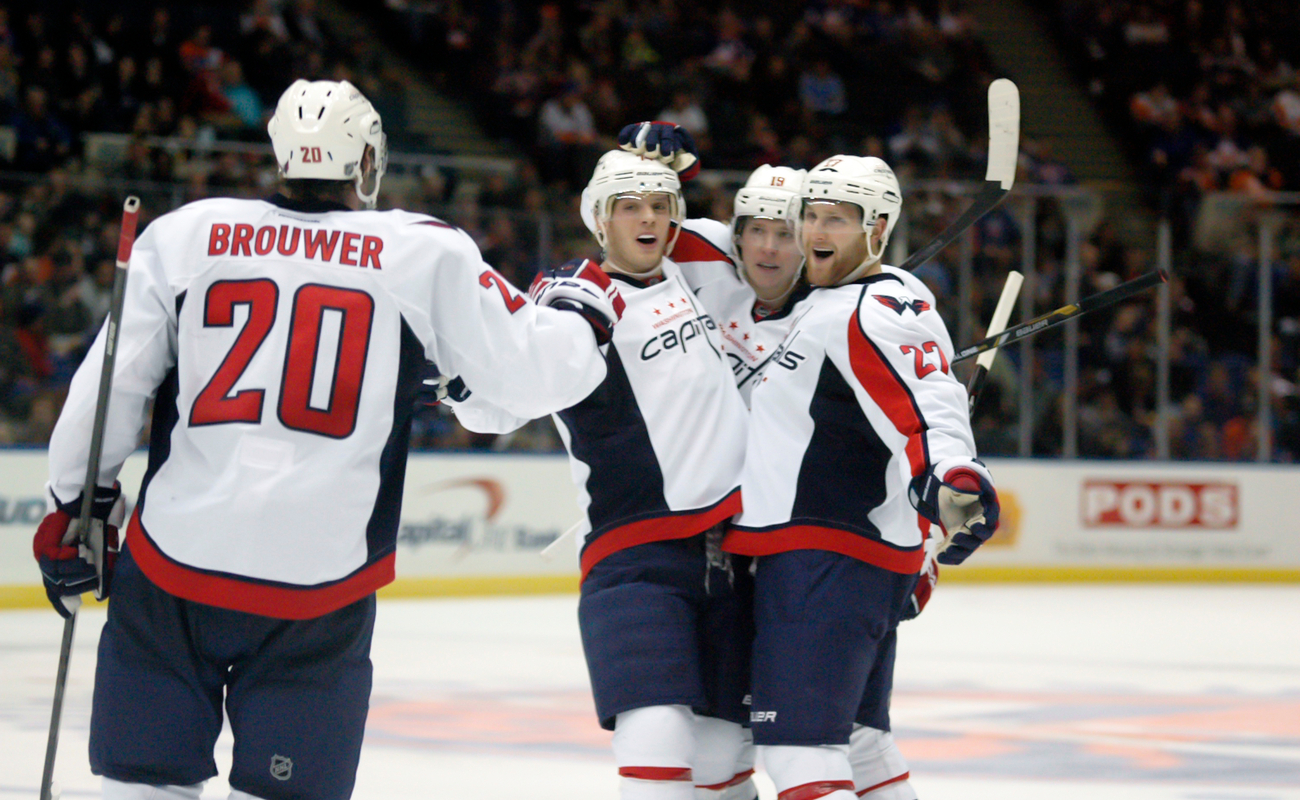 Nicklas Backstrom and Washington Capitals teammate Alex Ovechkin have stated that they want to stay with the Capitals for life so it’s unlikely either man will be traded this year. There are rumours that expiring contract Braden Holtby might be going but while the Caps are in the running for the 2019/20 Stanley Cup, it doesn’t make sense to trade their goalkeeper right now.

It’s unlikely cash-strapped Boston Bruins who are $712 under the salary cap will trade for an impact player. One name on the table is 28-year-old Torey Krug with a 2019/20 cap of $5.25 million. He’s one of the hottest defensemen in the league with five goals and 26 points in 33 games and is on track to a fourth straight campaign of 50-plus points. If he does hit the market there’ll be more than a few takers. Whether Krug stays or goes will depend on what’s more important to the Bruins – losing their top power-play man or getting into a tight spot with expansion draft considerations.

The Buffalo Sabres could make a trade move this season with Zach Bogosian or Evan Rodrigues, although a Bogosian trade would pack more punch for the Sabres. It would help them thin out their dense blue line and open up an NHL spot for Lawrence Pilut. Although pause for thought for any takers will be Bogosian’s cap hit of $5.42 million.

All bets are on for Andreas Athanasiou as a trade for the Detroit Red Wings after an embattled season. Other names on the list that could appear down the line include Mike Green and Luke Glendening. With only nine points, Glendening is proving hard to shift. 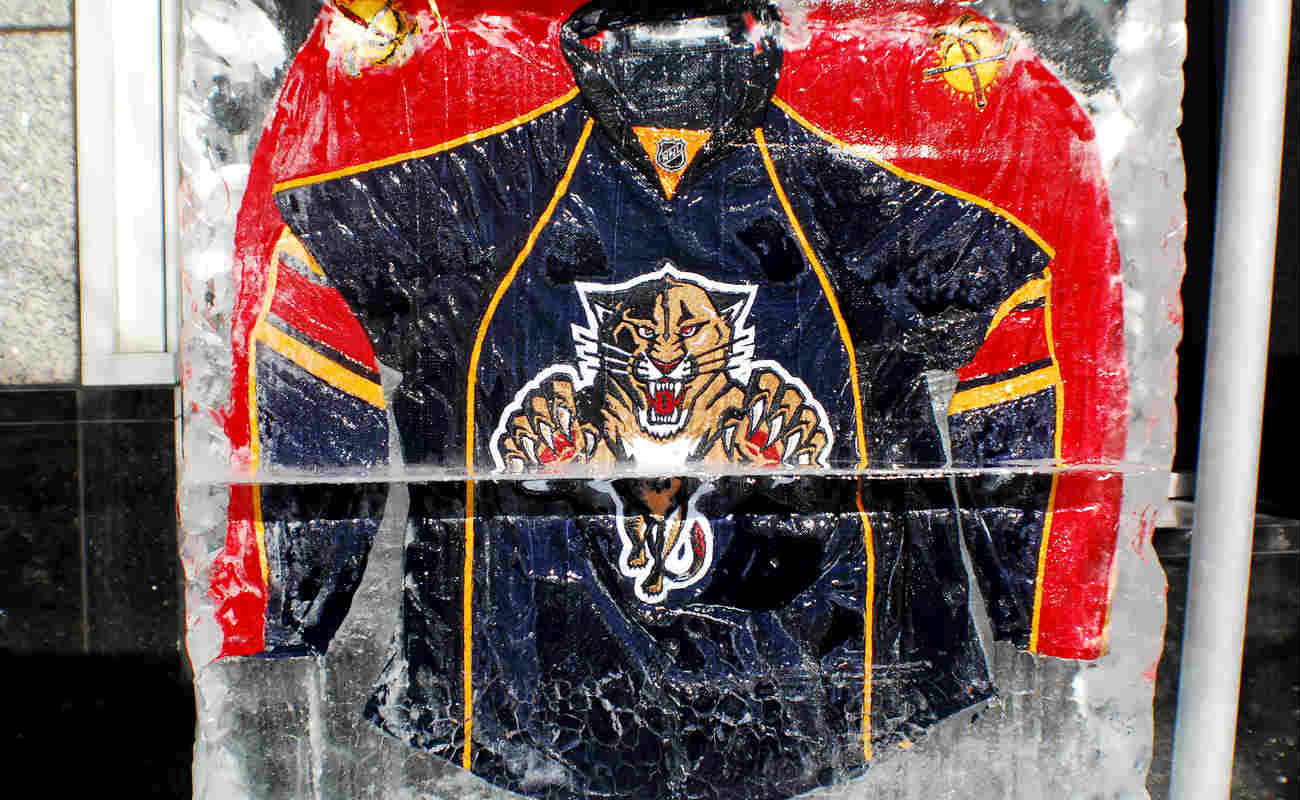 Possible trades for the Florida Panthers include 30-year-old Evgenii Dadonov with a 2019/20 cap hit of $4 million and teammate Mike Hoffman at a $5.1 million cap hit. With Hoffman coming off his best season in 2018/19 with 70 points, he could be an attractive contender at the deadline for clubs in the market for the offence.

Off the back of recent disappointments, the Montreal Canadiens might decide to trade Tomas Tatar who has clocked 43 points in 50 games. If they do this, they might want to load their price to see what kind of offer it would take to move Tatar.

Ottawa Senator stalwart Jean-Gabriel Pageau must get a mention in 2020 NHL trade rumours. The 27-year-old who is currently second in the team with 18 goals and 29 points, has been the mainstay for the Senators in a sea of change. As they rebuilt with a young team, the question is whether Pageau will stay or go.

Late December, Tampa Bay Lightning was on a league-best run of 12-2-0 but they might decide to use the trades to add some insurance to their lineup. They have more than $2 million in available cap space so they’re well placed to make a move for Chris Kreider for the remainder of this season and maybe an extension. 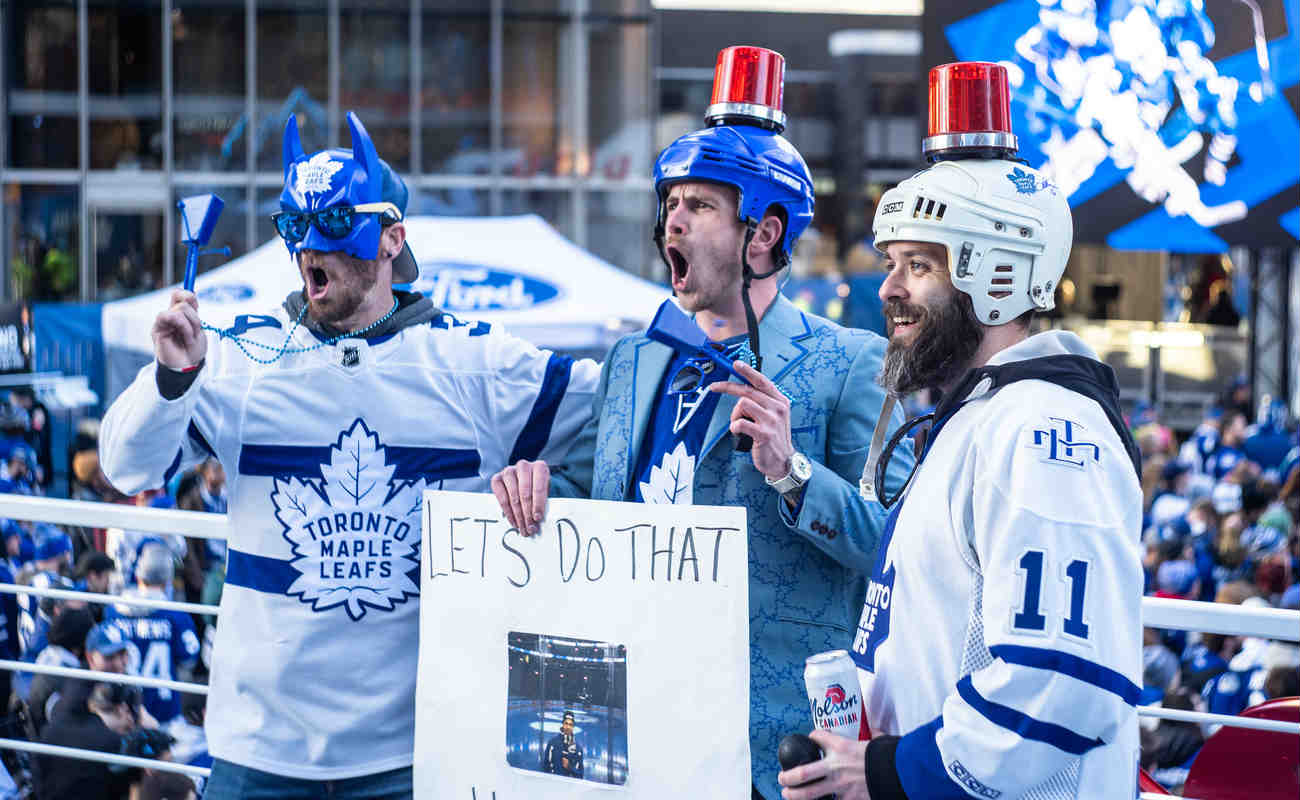 Tyson Barrie’s disappointing start this season for the Toronto Maple Leafs has picked up recently and his role on the Maple Leafs blue line has ratcheted up with a flood of teammate injuries. So long as the Maple Leafs seek to add to their defense, it’s unlikely Barrie will be going anywhere just yet.

If the Blackhawks do not officially resign Robin Lehner, he’s going to be one of the most attractive propositions on the free-agent market. The Masterton Trophy winner continues to be a solid game-saver at the Chicago crease.

The question here is why the thriving Colorado Avalanche have expressed interest in Chris Kreider. The answer may lie in a tight Central Division race for the playoffs with the St. Louis Blues and the Dallas Stars. This year’s deadline is likely to see all three teams as buyers on the lookout for that bit of extra speed and skill to get them past their division rivals. It just might be that the Avalanche comes out on top with a salary cap of just under $6.8 million.

Although comfortable in the division standings, the Dallas Stars might decide to trade Blake Comeau whose price just isn’t living up to his production rate of 11 points in 34 games.

Most agree the Minnesota Wild will be sellers at the NHL trade deadline. Jonas Brodin is a possible trade with long-standing interest from the Canes. 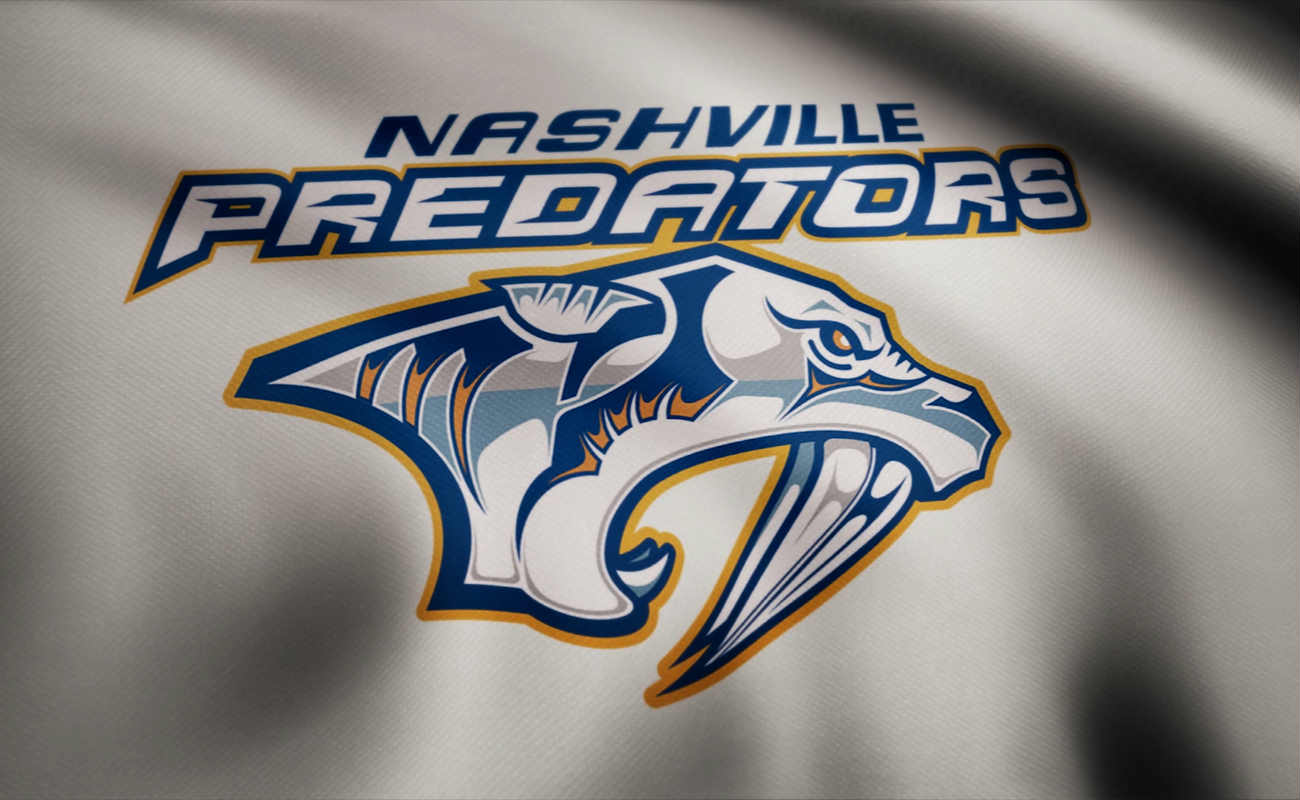 Kyle Turris could be a trade for the Nashville Predators based on rumours of tensions between Turris and the team. Another possibility is Mikael Granlund who has been plagued by health and juggling lines which have affected his stats in the negative.

The St. Louis Blues have expressed interest in Chris Kreider but their salary cap of only $20,326 could see them beaten out by the Colorado Avalanche. With the Blues currently heading the Central Division table with a six-point lead over the Avalanche, and looking ahead to a return before the playoffs of star forward Vladimir Tarasenko, they might not be bothered. Although rumours have swirled around an Alex Pietrangelo trade, it doesn’t make sense for the Blues to trade their captain while leading the Central Division.

Dustin Byfuglien is a possible trade for the Winnipeg Jets but issues off the ice will need to be taken care of first. The defenseman was arrested for boating under the influence in Minnesota and gained 40lbs over his playing weight. 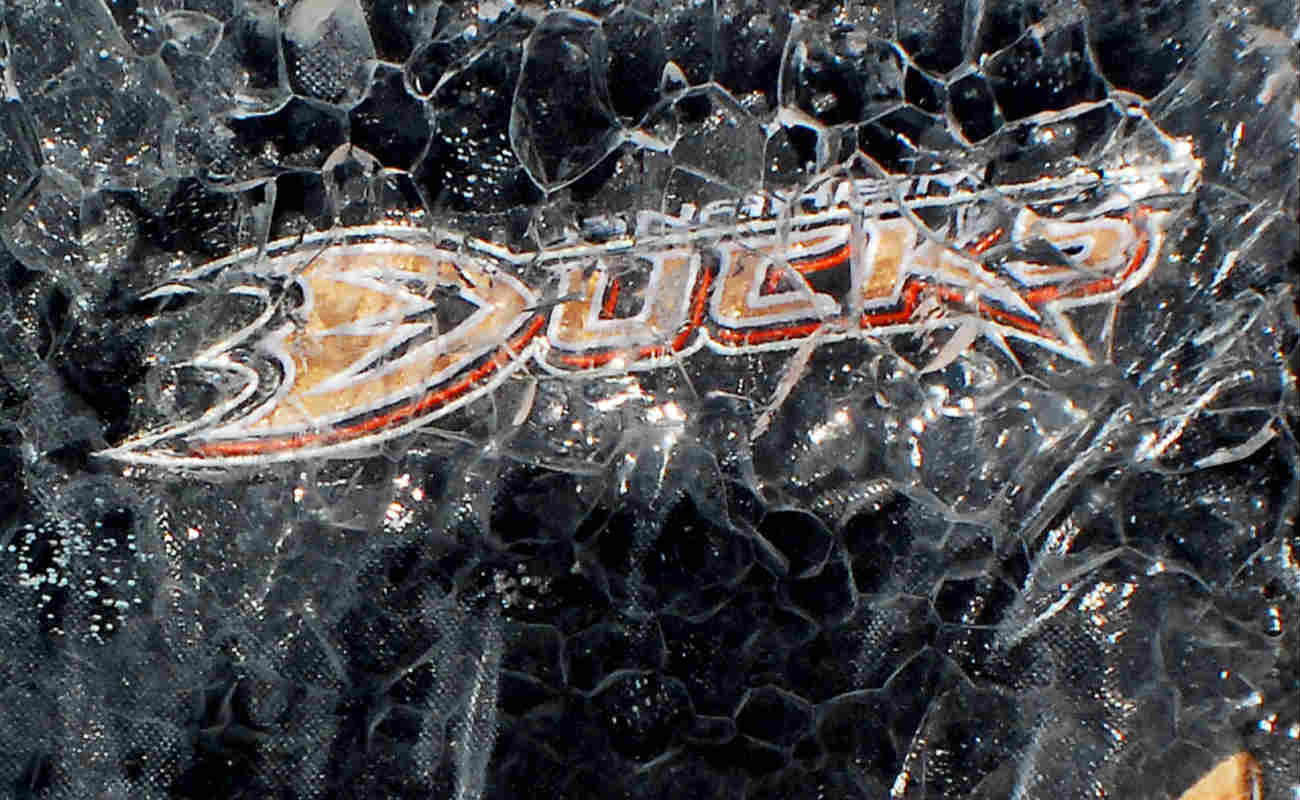 Although not an easy move for the Anaheim Ducks, they might decide to trade Ondrej Kase after a disappointing season of 18 points in 42 games compared to 20 points in 30 games in the previous season.

Sam Bennett of the Calgary Flames could be a possible acquisition for the Coyotes if the offers are good enough. As Taylor Hall who topped trade news last season settles in at the Coyotes, the question is whether he will stay or not. Hall has had a bumpy ride so far with Arizona going 3–4 since his arrival, but team chemistry is starting to show. Currently, he has two goals and two assists in seven games as Arizona sets about regaining the top spot in the Pacific Division.

With the Calgary Flames facing contention, could 29-year-old T.J. Brodie with a 2019/20 cap hit of $4.65 million, find his way onto the list? Travis Hamonic is another possibility although there are other rumours that have the Flames defenseman signing a long-term extension to stay.

The Edmonton Oilers might be taking a closer look at depth centre Jean-Gabriel Pageau. Although the Senators have expressed no interest in moving Pageau, it’s possible the pending free agent and player could get overpaid in free agency and the Senators might not be willing to give him what the market will offer. Zack Kassian of the Oilers is looking attractive as a trade, recording a career-best season of 13 goals and 27 points and with his contract about to expire. 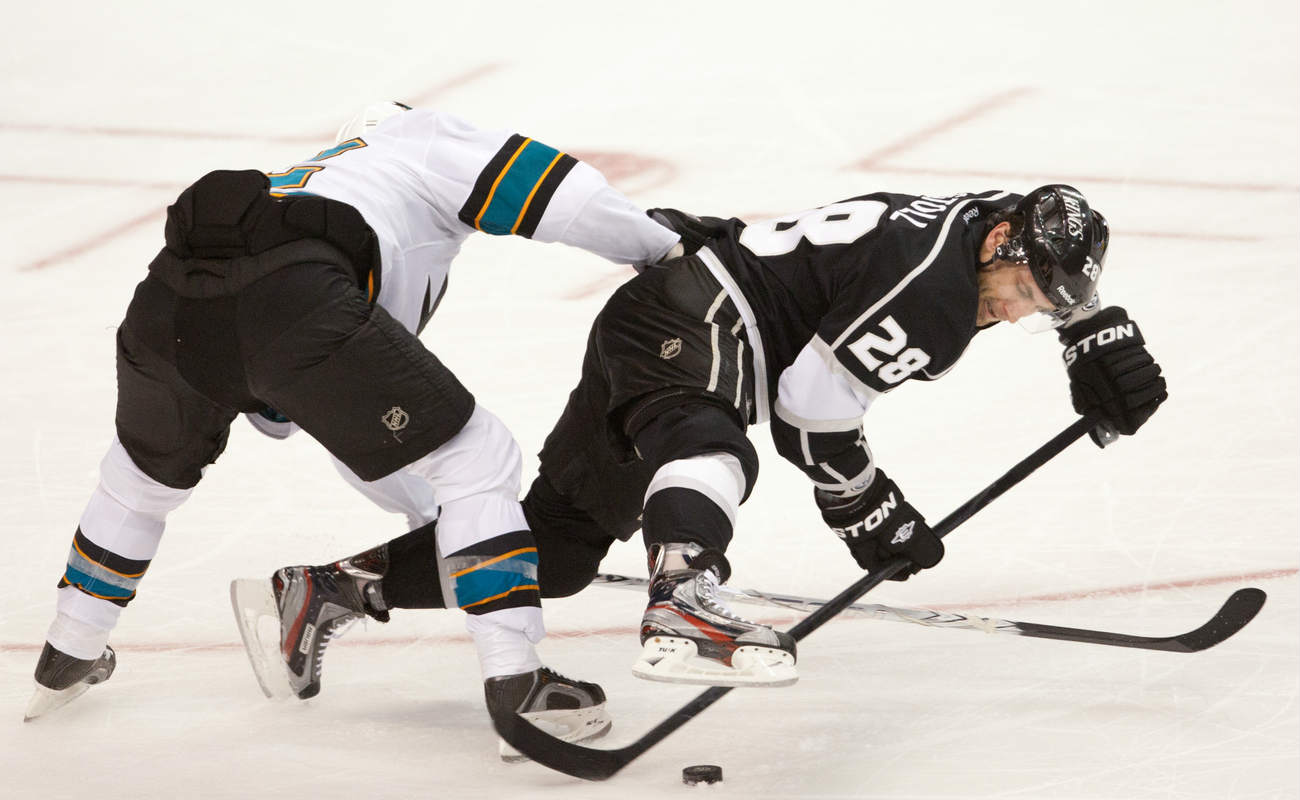 The Kings Tyler Toffoli had a disappointing 2018/19 season with 13 goals and 34 points on a struggling Kings team. The forward is capable of being a 30-goal scorer, and he’s bringing youth and affordability into the bargain so it’s surprising based on early trade rumours that he hasn’t already moved.

The San Jose Sharks gave their 2020 first-round pick to the Ottawa Senators when they signed Erik Karlsson to an extension. So trading defenseman Brenden Dillon is their best shot at getting a first-round pick.

The MVP possible who has been recording All-Star worthy stats, Jacob Markstrom of the Vancouver Canucks has a good chance of being re-signed by the Canucks. 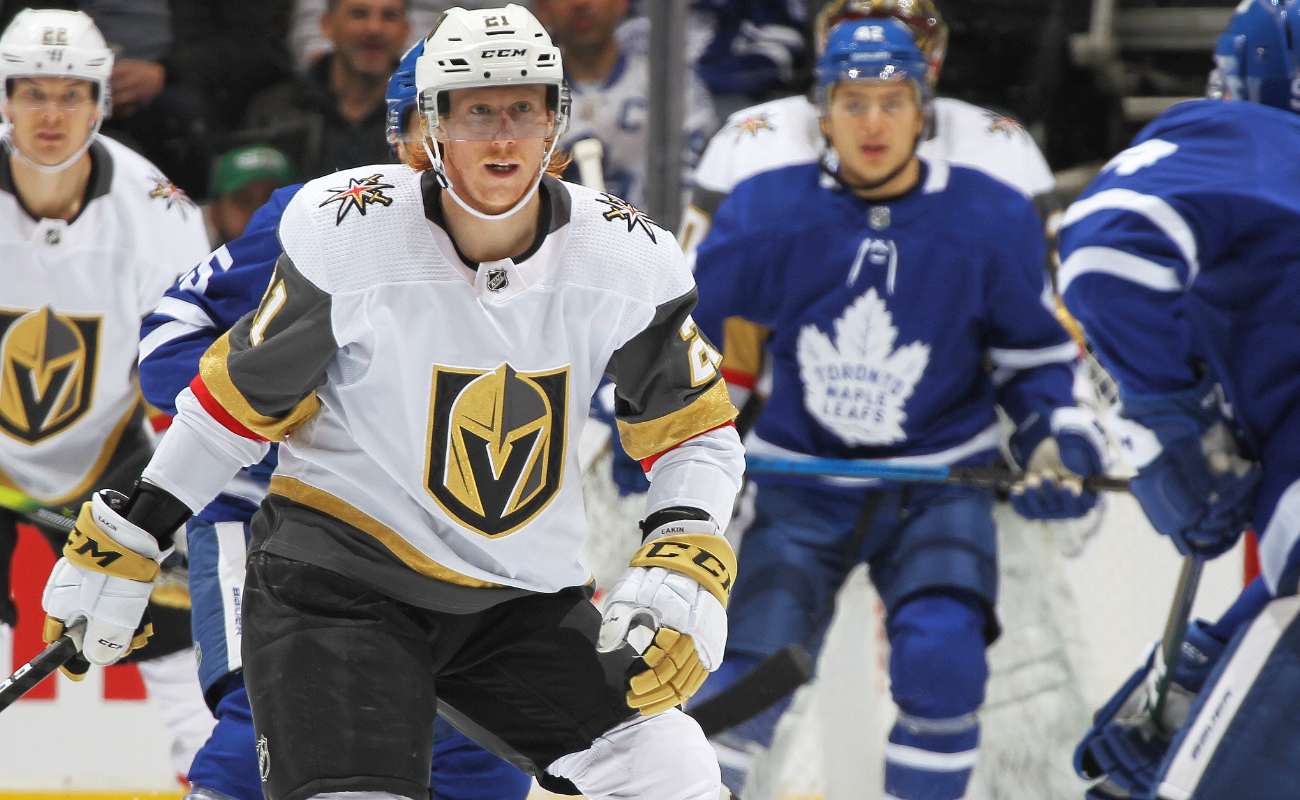 The Vegas Golden Knights may want to flex their buying muscle at the trade deadline but they’ll need to create some cap space to do this. Trading players like Cody Eakin and Ryan Reaves who is earning $2.75 million in a fourth-line role and is a pending unrestricted free agent, might be a good move.