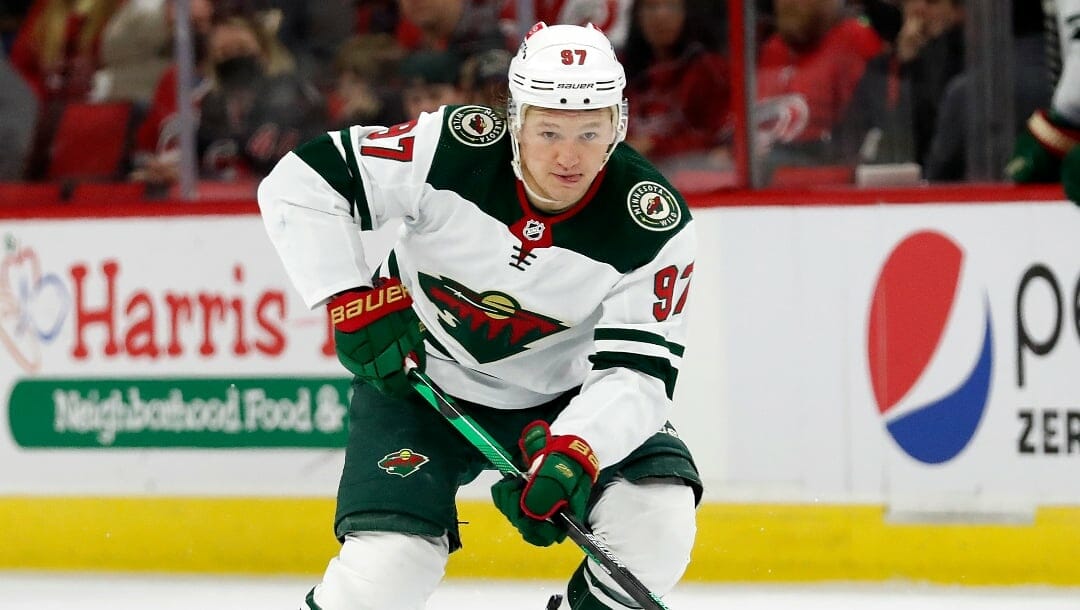 Time eventually reveals the success of a draft class, and the 2015 NHL Draft looks to be one of the best in recent memory. And if teams could do it differently – after seven years of success, of lack thereof, from players – what would the top 10 look like?

We don’t have to put too fine of a point on it, but there’s nothing the Edmonton Oilers could have done differently with the first overall selection.

Connor McDavid remains one of the premier players in the NHL, winning the Ted Lindsay Trophy for MVP as voted by the Players Association three times since coming into the league. That’s complemented by his 1.42 points per game, four All-Star appearances, and otherworldly advanced metrics.

Now, if only the Oilers could do something in the playoffs with him.

With the plethora of talented options available, the Sabres could have gone in any number of directions that would have been an improvement on Eichel, with Mitch Marner establishing himself as the second-best player from the 2015 class.

Since coming into the league, Marner has been better than a point per game player, accumulating 451 points in 421 games. While the former London Knight plays second fiddle in Toronto, Marner has shown that he can drive offense and is a worthy second pick.

Just about any other player would have been a better selection at third overall.

Dylan Strome never really found his footing with the Arizona Coyotes and was unceremoniously dealt to the Chicago Blackhawks, where he’s shown growth.

There’s a pretty convincing case that Mikko Rantanen is the third-best player from this draft. The Finnish forward is flying high with the Colorado Avalanche, which is the offense that the Coyotes have been desperately searching for over throughout their existence.

The Toronto Maple Leafs‘ consolation prize for not getting Marner at No. 4 is acceptable.

Sebastian Aho has put up the fourth-most points from this draft class but wasn’t selected until the fifth pick of the second round. Although the Leafs landed Marner with the fourth pick, they passed on Aho twice, as they elected to take Travis Dermott with their second-round choice.

The Maple Leafs don’t make that mistake in our re-draft.

Given their outstanding track record, we have no reason to doubt the Carolina Hurricanes’ draft strategies. The Canes have built from the ground up and are well-positioned for long-term success.

Although Noah Hanifin is a formidable defenseman, a few players could have been picked ahead of him in this spot. Most notably, fifth-round selection Kirill Kaprizov is emerging as a top-five player from 2015. Kaprizov burst onto the NHL scene as a rookie, putting up 51 points in 55 games and winning the Calder Trophy for rookie of the year.

This year, he’s on a torrid pace with 93 points through 73 games. If teams had to do it all over again, Kaprizov might not fall to the five-spot.

Since coming into the league, Pavel Zacha has shown to be a useful everyday player. Still, there are more appealing options that make the New Jersey Devils a better team.

Zach Werenski doesn’t get a lot of hype playing with the Columbus Blue Jackets, but there’s a case to be made that he’s the best rearguard to come out of this group. Werenski plays a solid two-way game, elevating the Jackets on both ends of the ice.

There’s not an infinite supply of these types of defensemen and Werenski should have gone earlier than he originally did.

The Philadelphia Flyers are in a state of flux right now. Philadelphia has a stable of young talent but also signaled that they were looking ahead to the future by dealing captain Claude Giroux at the trade deadline.

No disrespect to Ivan Provorov, who is showing that he can be a valuable defensive commodity, but the Flyers could have gone in a different direction with their seventh overall selection to make them a better team. Kyle Connor is easily a top ten talent from this draft class who wouldn’t have made it past the Flyers in a re-draft.

Connor can be a centerpiece on offense, which is exactly the piece that Philadelphia is missing.

In this hypothetical scenario, the Jackets don’t end up with Werenski, but they would have landed another stud d-man in Thomas Chabot.

The Ottawa Senators have shown just how valuable Chabot is, locking up their cornerstone franchise player to an eight-year, $64-million deal several seasons ago. Chabot possesses the high-end offensive skill you would expect from a top ten defenseman while also being a reliable defensive presence, which would have moved him further up the draft board.

Timo Meier and the San Jose Sharks deserve each other.

After putting up just 42 points through his first 115 games, Meier has gone on to record 219 over his past 271 games, including 73 through 69 games this season. The Sharks skate Meier on their first line, relying on him as a top-scoring option. Even with the benefit of hindsight, the Sharks wouldn’t have done anything differently.

Eichel hangs onto the final spot in the 2015 re-draft.

The mercurial forward has the skill to be an even higher selection, but off-ice and injury concerns have impacted his development. Nevertheless, the Colorado Avalanche wouldn’t pass on Eichel with the tenth pick, given his high ceiling. Eichel has the fifth-most points, nabbing 376 in 403 games, but has been a point-per-game player in just two of his seven seasons.

In a league where winning is everything, Eichel still has a few things to prove.