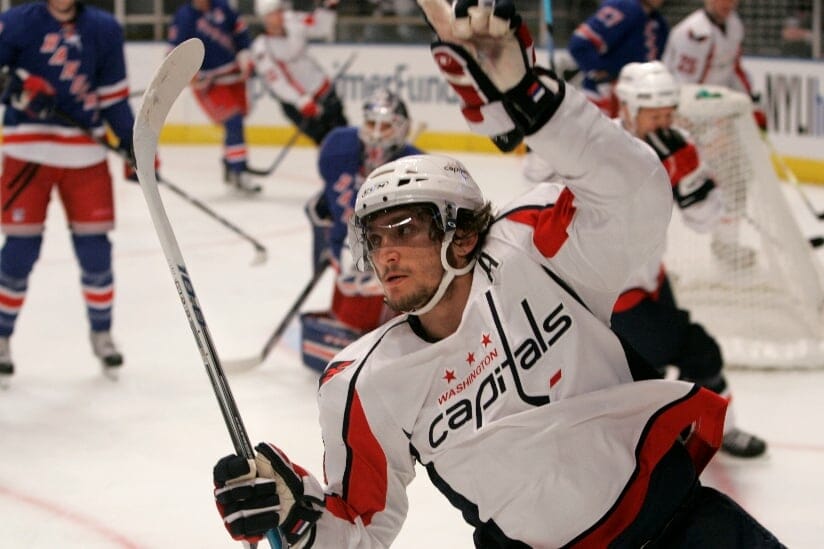 Wayne Gretzky, Mario Lemieux and Alex Ovechkin are the only players who have won the Hart Trophy more than twice since 1980, forming one of the most exclusive and prestigious lists in NHL history.

Just one of the 10 Hart Trophy favorites, based on current NHL betting lines, has won the Hart Trophy more than once. Connor McDavid won the individual accolade in 2017 and 2021. McDavid is joined by Sidney Crosby, the only other two-time winner on the exhaustive list of 2022-23 Hart Trophy candidates.

Ovechkin stands eminently above the rest as the only active player with three Hart Trophies.

Ovechkin won his third Hart Trophy in 2013 and still has a chance of winning a fourth, though the odds are less likely with each passing year.

That would pole vault him into another stratosphere alongside Shore, Howe and Gretzky, the only three players who have won at least four MVP awards.

Once Ovechkin hangs up his skates permanently, his career will go down as one of the most storied and acclaimed in NHL history. Ovechkin won his first two MVP awards in 2008 and 2009, his third and fourth seasons in the NHL. He scored a career-best 65 goals in 2008, which was followed by 56 in 2009, the second most of his illustrious career.

The Great 8 has always been a goal machine. You won’t find a more consistent storyline in the NHL over the last 17 years. He has 780 goals compared to Gretzky’s 894, a difference of 114.

At his rate of 0.61 goals per game, Ovechkin is on pace to surpass the Great One during the 2024-25 campaign. You can bet your bottom dollar that Ovechkin isn’t going anywhere until he overtakes Gretzky as the highest goalscorer of all time.

Ovechkin would almost certainly trade one of his MVP awards for a second Stanley Cup, but the Great 8 has proven himself time and again as one of history’s best hockey players. If there is anything to nitpick, it would be his low plus-minus ratings from his 2009 and 2013 Hart Trophy campaigns.

Mario Lemieux played the fewest games of the triumvirate on the list. The player with arguably the most raw talent in history was dogged by injuries and numerous other ailments, including Hodgkin lymphoma. He never made it to the 1000-game mark, playing 915 contests before being forced to retire.

Lemieux made every moment count, though.

He won three MVP awards over an eight-year span, the first of which coming in 1988, his fourth NHL season. Lemieux was more prolific in 1988-99, finishing with 199 points (85 goals, 114 assists) in 76 games. Even that staggering offensive output wasn’t enough to beat Gretzky, who won his last Hart Trophy and first with the Los Angeles Kings.

Lemieux’s most impressive Hart Trophy came in 1993, when he notched 160 points in 60 games. Lemieux finished the season at plus-55, the best plus-minus rating of any Hart Trophy winner since 1990.

He played 24 fewer games than Pat LaFontaine, yet still won the scoring title by 12 points. Lemieux returned from injury that season and catapulted the Pens to a 17-game winning streak, the longest in NHL history.

Wayne Gretzky, the most valuable player of all time, won the Hart Trophy an unprecedented nine times, the first eight in consecutive seasons. The Great One won the MVP award uninterrupted from 1980 until 1987, all with the Edmonton Oilers.

After Lemieux’s 1988 Hart Trophy-winning campaign, Gretzky returned to prominence and won his ninth and final MVP award in 1989. It was his only Hart Trophy as a member of the Los Angeles Kings.

This exclusive list isn’t the only one Gretzky is a part of.  He is also one of three players to win the Conn Smythe and Hart Trophy in the same season.