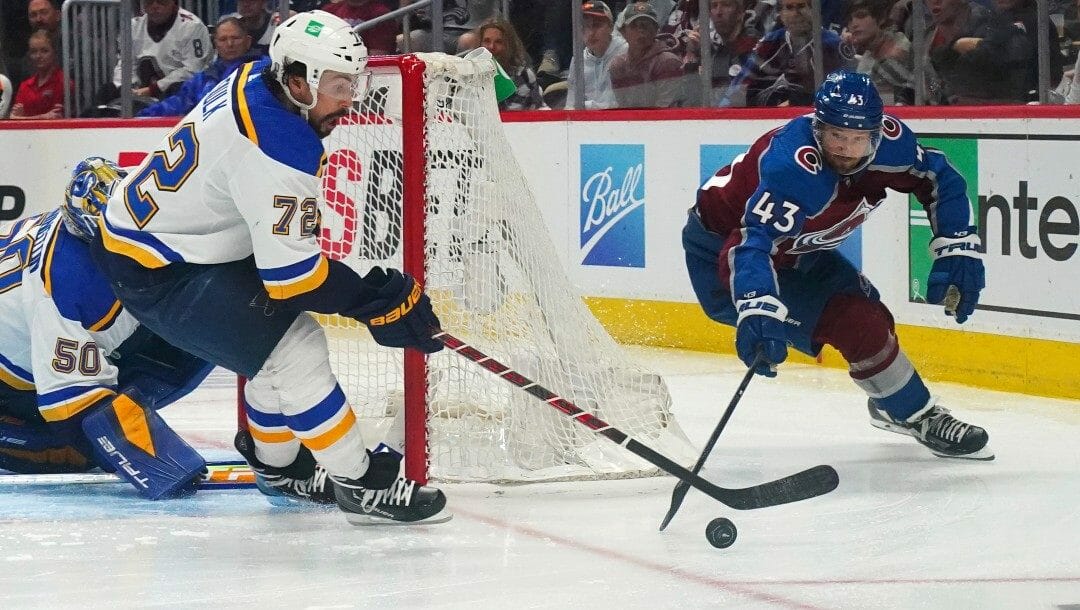 The mark of former champions came to the fore in Game 2, with the St. Louis Blues rebounding in emphatic fashion, triumphing 4-1 in Colorado to even the series at a game apiece.

Colorado’s first defeat of the postseason saw their NHL playoff odds in the current series lengthen slightly, from -345 to -313. With their sound Game 2 display, the Blues gained some momentum, but are still +250 underdogs.

Those NHL betting lines are a fair representation of what to expect for the remainder of the series, although the Blues beg to differ after a near-flawless Game 2 performance in a hostile environment.

Whatever Craig Berube said to his team after the Game 1 loss worked to perfection. Although with 13 remaining players from their 2019 Stanley Cup championship team, he probably didn’t have to say too much.

The Blues’ championship experience and battle-tested pedigree is one of the underlying reasons Berube’s team are a solid sleeper pick.

Game 2 couldn’t have been drawn up or executed any better. The Blues made the necessary adjustments and defended deeper, containing the Avs’ dynamic offense as a collective and with more active sticks in the neutral zone.

The stats showcased just how impressive the Blues were.

The top 16 individual expected goals percentages were all held by St. Louis Blues players, an astonishing display of their collective dominance.

Cale Makar, who secured the Avs’ best-expected goals percentage at 54.4%, was 17th overall in the contest, a stat that will concern Jared Bednar and his coaching staff going into Game 3.

Both teams continued to punish the other with the man advantage, each going 1-for-2 on the power-play. You can see by the limited opportunities how high a priority staying out of the penalty box is for both sides.

The Avs boast the playoffs’ best power-play (38.1%), while the Blues are nipping at their heels with the second-best man advantage (34.5%).

The Blues also flipped the face-off circle script on its head, winning 61% of the Game 2 draws after getting manhandled in the opener, in which they lost 64% on the dot.

Jordan Binnington was sharp yet again, but wasn’t required to repeat his Game 1 superhero performance. Facing 31 shots, as opposed to the flurry of 54 in Game 1, is a more tolerable workload, one Binnington can more easily navigate on a recurring basis.

Binnington is thus far winning the goaltending battle against Darcy Kuemper, an expected prerequisite of any Blues continued success.

The Blues have won four of their last five playoff encounters, all of which with Binnington between the pipes. They’re on a tear, forcing the Avs to be at their best to win at least one of two games in St. Louis.

It will be interesting to see how the Avs react to their first postseason defeat. After two testing tilts in St. Louis, we’ll see if they have what it takes to live up to their status as Stanley Cup favorites.

Look for the Avs to win one of the two games in St. Louis and return to Colorado with the series even at two games apiece.

Affronted with adversity for the first time this postseason, the Avs, by playing a disciplined brand of hockey while eradicating mistakes that lead to odd-man rushes, should rebound in Game 2 and regain their one-game series lead.