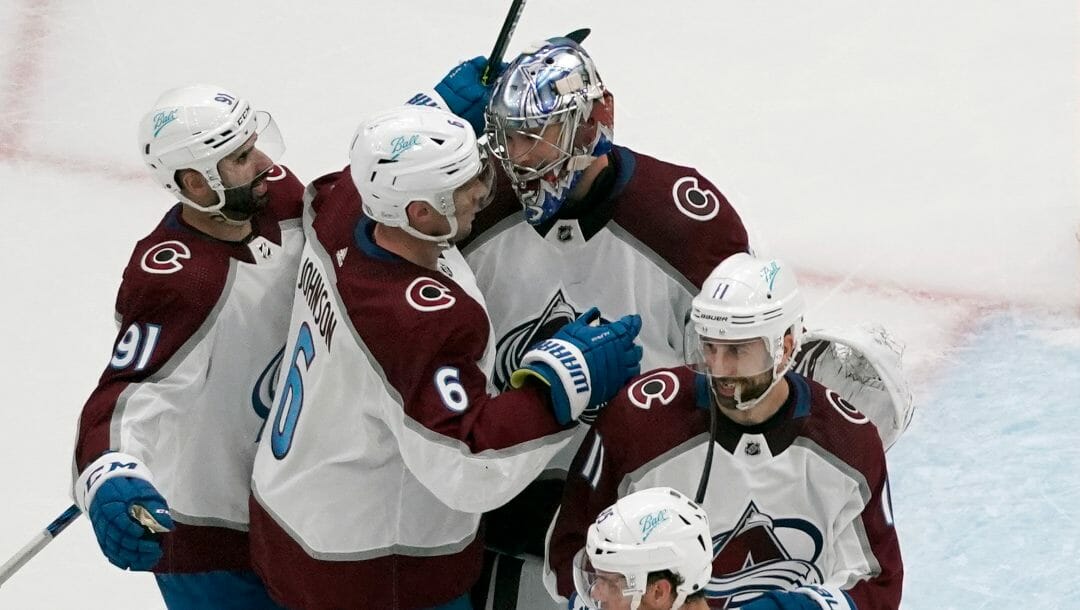 Craig Berube’s team lost Game 3 to go down a game in their best-of-seven series against the Avs, but it wasn’t merely the defeat that has St. Louis bellowing the blues.

Jordan Binnington, after being bowled over by Avs’ forward Nazem Kadri, suffered a series-ending injury early in the first period of Saturday’s 5-2 defeat, altering the NHL betting lines substantially.

The Avs, according to current NHL playoff odds, are sitting pretty to advance to the Conference Final for the first time since 2002, moving from -313 series favorites prior to Game 3 to -714 in advance of Monday evening’s pivotal Game 4.

While the Avs were also dealt a stiff blow by losing Samuel Girard, one of their top defenseman, for the rest of the playoffs, the Blues have to find a way to overcome a one-game deficit against the Stanley Cup favorites without their most valuable player of the playoffs.

Even in the face of such devastating news, all is not completely lost for the Blues.

While Binnington was unquestionably the team’s backbone and top performer, the injured netminder was only reinstated as the Blues’ No. 1 netminder recently, on May 8 for Game 4 of the first-round series against the Minnesota Wild.

Ville Husso replaced Binnington as the team’s go-to goaltender in early January and the Finnish 27-year-old was one of the main reasons for Blues’ mid-season turnaround.

Husso, who enjoyed a 12th-best 2.56 goals against average (GAA) and a share of the sixth-best save percentage (.919), finished the season with an impressive 25-7-6 record.

Husso had no playoff experience to draw from prior to Game 1 of the first-round series against the Wild.

That lack of experience was evident as he endured a challenging introduction to the Stanley Cup playoffs, headlined by a subpar .891 save percentage and somewhat swollen 3.38 GAA before being withdrawn.

Now St. Louis’ fate rests on Husso’s shoulders. Can he return to the regular-season form that helped spearhead a Blues revival, or will the momentum the Avs gained from Game 3 carry into Game 4 and beyond?

The Game 3 final score flattered the Avs, who potted two empty-net goals in the dying minutes to make an incredibly close game appear lopsided. St. Louis, by offering the Avs just a single power-play, managed to stay out of the penalty box, a key variable in any Blues’ success.

The Blues outshot and outhit the Avs while also winning the face-off battle. They had 2.43 expected goals in all situations, which bettered the Avs total of 2.23.

By no means did Husso play poorly in relief of Binnington. However, he didn’t provide the type of standout goaltending his team consistently require to beat the high-powered Avs.

While the Blues, who still have 13 players on their roster from their 2019 Stanley Cup-winning team, should never be counted out, the happenings in Game 3 felt distinctly like a turning point in the series.

If Husso plays lights out in Monday’s Game 4, the Blues will even the series heading back to Colorado, where they’ll eventually succumb in six games.

However, after Husso’s first-round woes against the Wild which accounted for the entirety of his postseason experience, it feels like the task at hand is beyond both him and the Blues.

Take the Avs, who will score another empty-net goal to win by at least two, in Game 4.