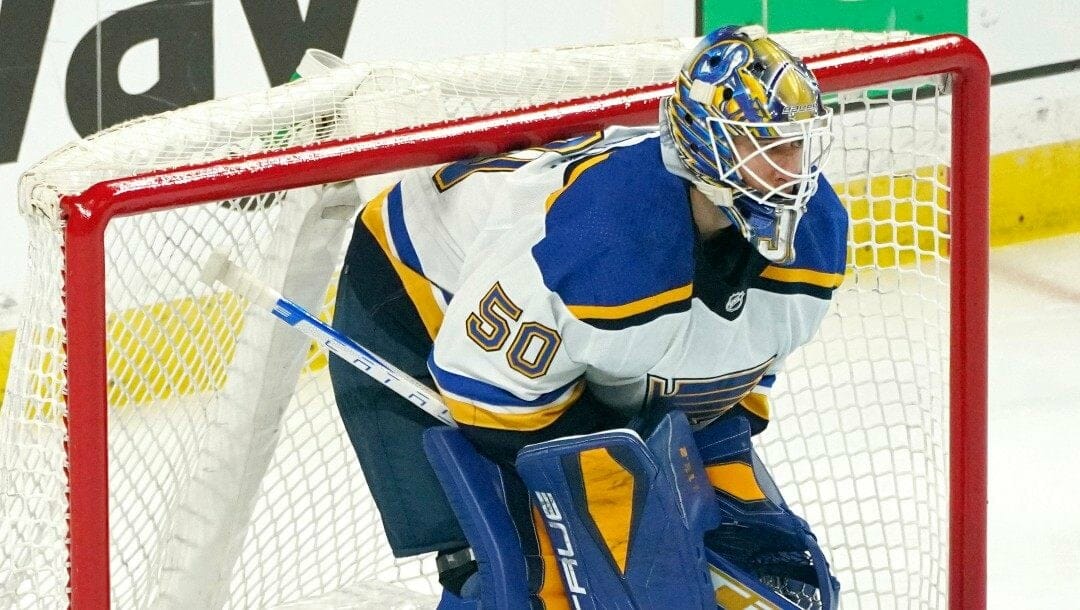 The Colorada Avalanche and St. Louis Blues both advanced with relative ease in their first-round series. The Avs convincingly swept the Nashville Predators, while the Blues knocked off the Minnesota Wild in six games, despite entering the series as the underdogs according to NHL playoff odds.

The Avalanche have some playoff demons to exorcise. Colorado has made it into the postseason five straight seasons, failing to make it past the Conference Semifinals in any of their first four attempts. They’ll face off against a Blues squad with a proven playoff pedigree.

After dropping two of their first three matchups against the Wild, the Blues went on to win three straight on the strength of a goaltending change.

Below are analysis and NHL betting picks for the series.

Things weren’t looking good for the Blues at the outset of their first-round matchup against the Wild. St. Louis lost Games 2 and 3 by a combined 11-3 score. Those lopsided defeats spurred a goaltending change, with the Blues removing Ville Husso and turning the reigns over to Jordan Binnington.

Although the goalie swap made a substantive difference in their goaltending stats, it had a more profound impact on the team’s metrics.

There were sturdier defensive metrics from the Blues over those final three games, limiting the Wild to 21 combined high-danger chances and six or fewer in two of the three contests. It’s tough to draw meaningful conclusions from such a small sample size, but the Blues’ more recent performances are akin to what we saw from the team during the 2018-19 playoffs.

In that iteration of the postseason, the Blues played in a defensive shell and deployed an opportunistic offense. St. Louis has a breadth of talented offensive players up front that can make the most of their decreased opportunities. The Blues have proven their method works and could frustrate the Avs with their structure.

After a series sweep in which they outscored their opponent 21-9, the Avalanche’s perceived value is skyrocketing. Still, there are a few factors worth considering before jumping to back them. Colorado’s production metrics did not substantiate its massive output. The Avs were limited to nine or fewer high-danger chances in two of the four games, with an average of 10.8 per game.

Contributing to the Avs’ success was the Predators starting third-string netminder Connor Ingram. They’ll face a big jump in class against Binnington, who is stopping 94.3% of shots through his first three postseason starts. That’s without even considering the natural regression we should see from them as their 11.9% shooting percentage works back down towards their regular-season average of 10.7%.

Backing St. Louis to win outright or the series to go seven games are tempting plus money wagers; however, my preferred approach in this series is taking the Blues as +1.5 series underdogs.

This price offers some insurance if Avs win outright, as we expect the Blues to keep this series close and at the very least force a Game 7.