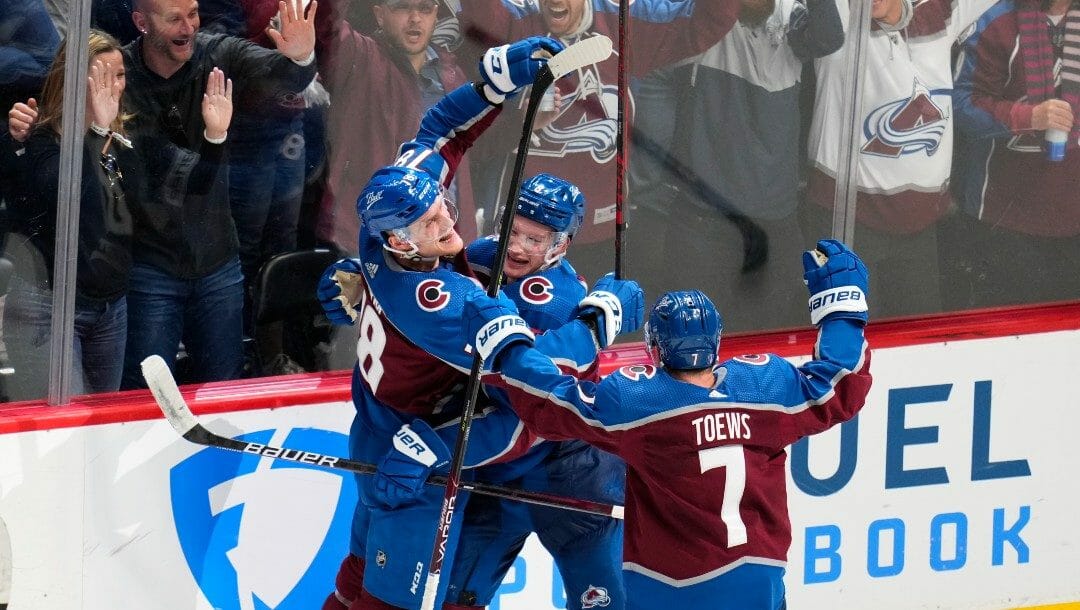 The first-round playoff series with the widest disparity in terms of NHL betting lines has the eighth-seeded Nashville Predators taking on the No. 1-seeded Colorado Avalanche.

The Avalanche are monstrous -714 favorites. The Predators are +475 underdogs.

Suffice to say, the Predators are up against it.

They were up against it even before Juuse Saros went down with an apparent ankle injury against Calgary last week. With Saros out for at least the first two games of the series, Nashville’s challenge just got exponentially more difficult.

The Predators managed to beat the Avs 5-4 in the first game without their No.1 netminder. Nothing, however, was riding on the game for the Avs, who’ve been in cruise control atop the Western Conference for as long as memory serves.

The Preds, particularly David Rittich, will use the recent positive result as a confidence builder.

The spotlight is on Rittich, who will have his hands full against the regular season’s fourth-best offensive team.

Even before Saros’ injury, pundits and sportsbooks alike gave the Preds little chance of upsetting the Avs, who have NHL odds of +325 to win the Stanley Cup.

If Saros isn’t able to make an expeditious recovery, Rittich will need to have a career-defining two weeks for the Preds to extend this series past five games.

Predators Won Three of Four Against Avalanche in Regular Season

With few people giving the Preds any chance of upending the top seed, it’s important to remember that Nashville won three of four encounters against the Avs during the regular season.

The Avs won’t dwell on their 1-3 record against the Preds and will focus on the abundance of positives from an otherwise sensational regular season.

Nashville’s regular-season analytics are best described as middling. Aside from conceding the fourth-fewest high-danger chances, the Preds didn’t excel in any particular statistical categories.

That’s certainly not the case for Colorado.

The Avs won the most games after scoring first (43), had the second-best overall and home records, scored the fourth-most goals on average per game (3.76) and netted the most third-period goals (115).

All of those quantifiables combined with Nashville involuntarily surrendering, when Saros went down with an injury, the only advantage they possessed has the Avs poised to live up to their heavy-favorite status.

Colorado is ready to embark on what they hope will be a long, fruitful playoff run. Expect a high-scoring series that, unless Saros returns to the lineup quickly, ends prematurely, probably in five games.