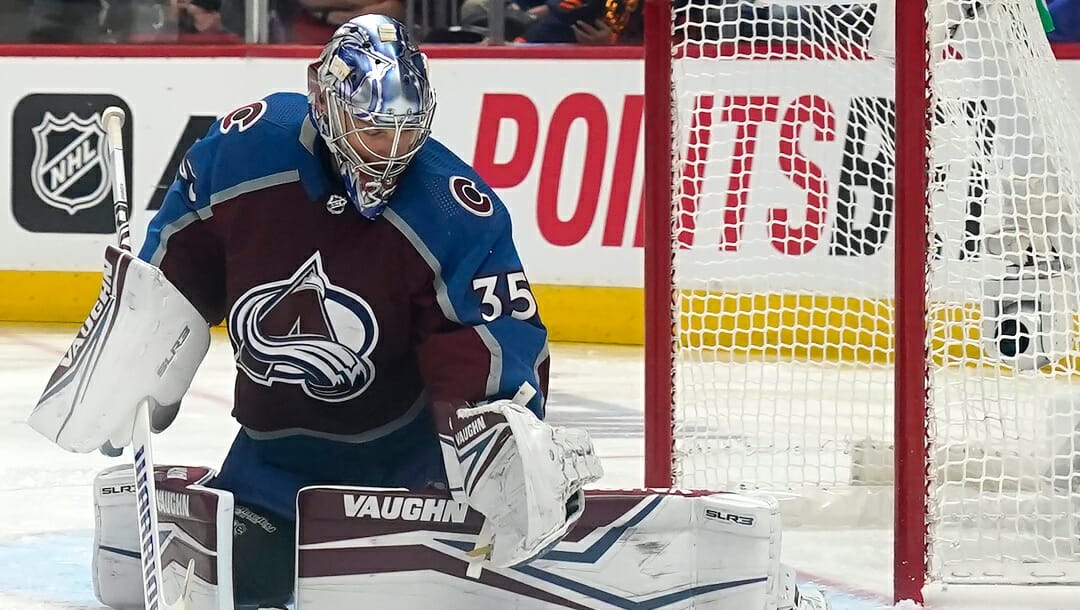 After an 11-day layoff, the Colorado Avalanche return to action when they host the Tampa Bay Lightning in Game 1 of the Stanley Cup Final on Wednesday night.

Stanley Cup odds have the Avs as -189 favorites to hoist the Holy Grail, while the Tampa Bay Lightning, according to NHL betting lines, are +155 underdogs to win it all for a third year running.

The well-rested Avs enter Game 1 on the back of five successive victories, a run that includes a sweep of the Edmonton Oilers and a dramatic Game 6 victory in St. Louis.

Darcy Kuemper has recovered from an upper-body injury and is expected to replace Pavel Francouz, who started the final three games of the Western Conference Final.

Francouz is 6-0 in Kuemper’s stead during the playoffs, so expect Jared Bednar to reinstate his backup netminder if any trouble brews for the returning Kuemper.

After winning four straight against the New York Rangers, the Lightning have an undefeated streak of their own to defend.

Tampa Bay has a 2.41 goals-against average in the playoffs, the second-best behind the long-extinct Dallas Stars. The Avs, with 4.64 goals per game, boasts the postseason’s most lethal offense.

While the Lightning have the offensive weapons to go toe to toe with most NHL teams, they will do their utmost to avoid being dragged into a run-and-gun style with the league’s most potent offense.

Colorado enters Game 1 with 10.76 goals for above expected, far and away the highest total in the postseason. That speaks to the clinical nature of the Avs’ offense as much as it does the quality of opposing netminders.

One would expect the Avs to experience a regression against the world’s best netminder.

It’s unlikely Andrei Vasilevskiy, who has the second-best goals saved above expected in the playoffs (12.6), will suffer the same fate other netminders did in the first three rounds against Colorado.

The Lightning will concentrate on limiting Colorado’s scoring chances, which will be largely predicated on two factors: their ability to stay out of the sin bin and how effectively their shutdown line can combat Colorado’s formidable top offensive unit.

The Avs have the second-best power-play, scoring on 31.1 percent of opportunities. The Rangers, the only power-play superior to Colorado’s, scored five of their 14 goals (36 percent) in the Eastern Conference Final with the man advantage.

That puts into focus the task at hand for the Lightning, who can ill-afford to spend any extended time facing a numerical disadvantage.

Tampa’s line of Anthony Cirelli, Brandon Hagel and Alex Killorn is a major reason why Jon Cooper’s team is four wins away from hoisting the Cup.

Now they’ll be tasked with their most challenging test yet, to suffocate the Avs’ top line of Nathan MacKinnon, Gabriel Landeskog, and Valeri Nichushkin.

It’s a crucial matchup the Lightning will need to win if they are to become the first team since the New York Islanders, who won four straight from 1980 to 1983, to celebrate three consecutive Stanley Cups.

It will be interesting to see whether the extended rest negatively impacts the Avs the way it did the Lightning before the start of the Eastern Conference Final.

The Lightning endured their worst game of the playoffs in Game 1 at Madison Square Garden, a 6-2 drubbing, after returning from a nine-day break.

It’s unlikely the same fate will befall the Avs, such is the level of feverish excitement inside a locker anticipating their maiden Stanley Cup Final as a collective.

With a 12-2 record in the postseason, the @Avalanche are #StanleyCup Final bound! Will they be bringing Lord Stanley back to Denver this year? 👀

Look for the Avs to come out of the gates like gangbusters and push the tempo from the opening faceoff.

Tampa Bay will be affected by a slight hangover from the Eastern Conference Final, just enough for the unforgiving Avs to take full advantage of.