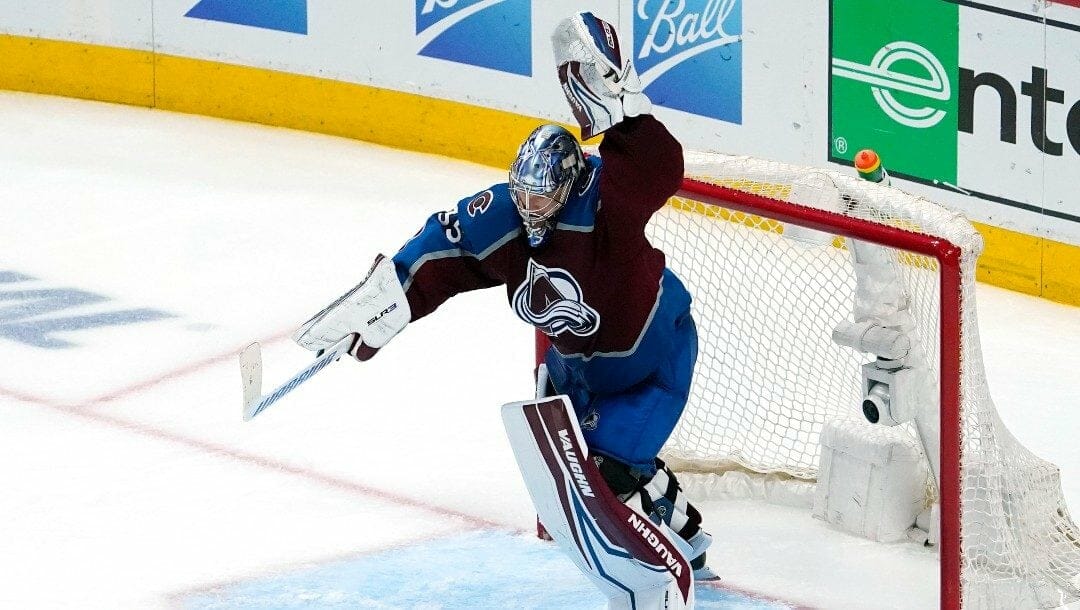 Stanley Cup betting odds have changed quite a bit during the first round of the NHL playoffs, but not too much in the Nashville Predators–Colorado Avalanche series.

The Predators did not capitalize on their chance to pull even with the Avalanche in their opening-round series in Game 2.

On Thursday night, Nashville started the third period with a two-man advantage but failed to capitalize despite the Avs playing two men short for 1:50. Nothing materialized the rest of the game for the Preds and they went on to lose in overtime.

Now, the series shifts back to Nashville, where the Preds can match lines with the Avalanche to limit their prolific offense. The Predators could also be getting a boost between the pipes, furthering their cause in Game 3.

Here are some NHL betting picks and analysis for Saturday’s matchup.

Connor Ingram deserves a lot of credit for stepping up for the Preds through the first two games of the series. The veteran of just three NHL games filled in after David Rittich fell flat in the first period of Game 1.

Since then, Ingram has stopped 79 of 83 shots for a 95.2% save percentage. As incredible as Ingram has been, things could get even better with the potential return of primary goalie Juuse Saros on Saturday.

Colorado put forth another outstanding performance in Game 2, finishing the contest with a 69.2% expected goals-for rating across all strengths. Still, it was primarily a result of just one dominant period, with the Preds keeping things close in the other two stanzas.

The ice was tilted in the second period of Game 2, in which the Avs had three powerplays, leading to nine high-danger chances. Taking away that period, the Predators out-chanced the Avalanche in quality opportunities 10-8 the rest of the way.

I like the Predators’ chances to turn the tides in Game 3.

At five-on-five, Nashville ended the regular season with a 52% expected goals-for rating at home, allowing the fifth-fewest scoring and second-fewest high-danger chances. Improved defensive structure, line matching, and the return of Saros could help them get back in their Western Conference quarterfinal against the Avalanche.