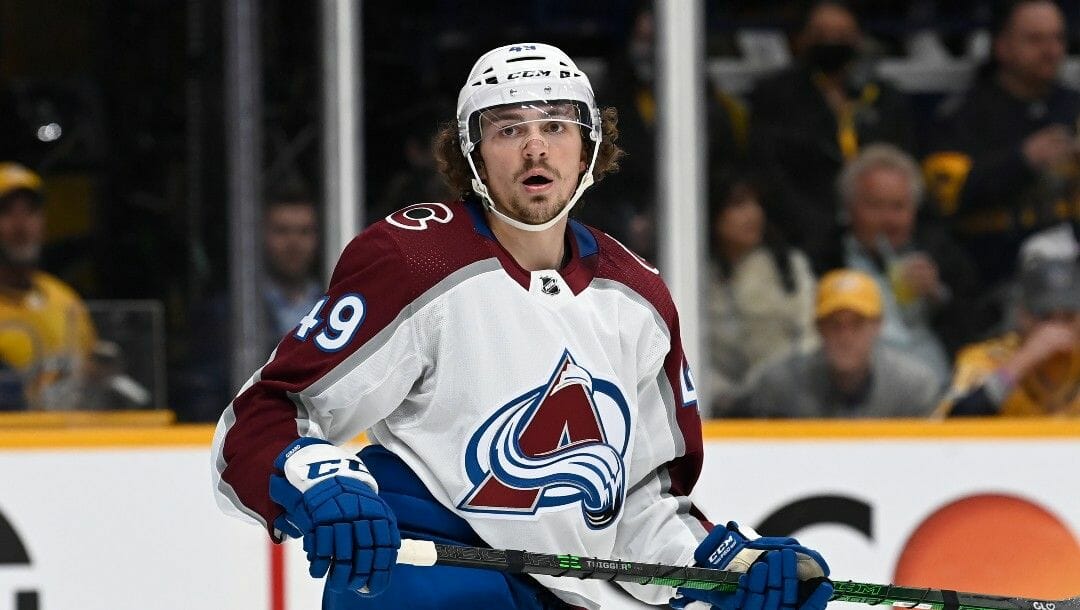 It’s no surprise the Colorado Avalanche have some of the best Stanley Cup betting odds.

Retrospect is going to hurt on this one. The Nashville Predators were comfortably in the first wild card spot throughout the latter half of the season before a surging Dallas Stars team passed them in the standings.

Still, Nashville had a chance to take down the Stars on the final day of the regular season with a win against the Arizona Coyotes. Instead, the Preds blew a 4-0 lead and lost 5-4, which dooming them to a first-round matchup with the Colorado Avalanche. Not even the return of Juuse Saros on home ice can help the Predators now.

Below are some NHL betting picks and analysis for Monday’s Game 4.

Through the first three games of the series, the Predators have been hamstrung and outplayed. The Avs have out-possessed, out-shot, and out-chanced the Preds in all three contests, as they’ve posted a cumulative 67.6% expected goals-for rating.

Nashville hasn’t had an answer for the Avs’ offense. Across all strengths, Colorado has attempted 15 or more high-danger chances in all three games, with an average of 18.0 per game. Scoring opportunities have been even easier to come by with the Avalanche attempting no fewer than 34 with a three-game average of 44.

Primary goalie Saros has been absent from the first three games of the series, which has diminished Nashville’s competitiveness.

David Rittich didn’t even last a period before he was replaced with Connor Ingram in Game 1. Ingram looked good through Game 2 before the wheels fell off at home on Saturday. The 25-year-old allowed six goals on 41 shots to drop a 7-3 decision. Down 3-0 in the series, it’s unlikely that the Predators rush Saros back for Game 4.

The Avalanche suffered a goaltending injury of their own after Darcy Kuemper took a stick to the eye and was forced to leave Game 3. That could lead to Pavel Francouz’s first playoff start since 2020.

Goaltending injuries could impact both teams’ ability to prevent goals on Monday night and could provide an accelerant for both offenses.

The Avs continue to run roughshod over the Predators; although having Francouz between the pipes could help boost the Predators’ scoring. That should lead to a high-scoring affair as Nashville fights for their playoff lives.