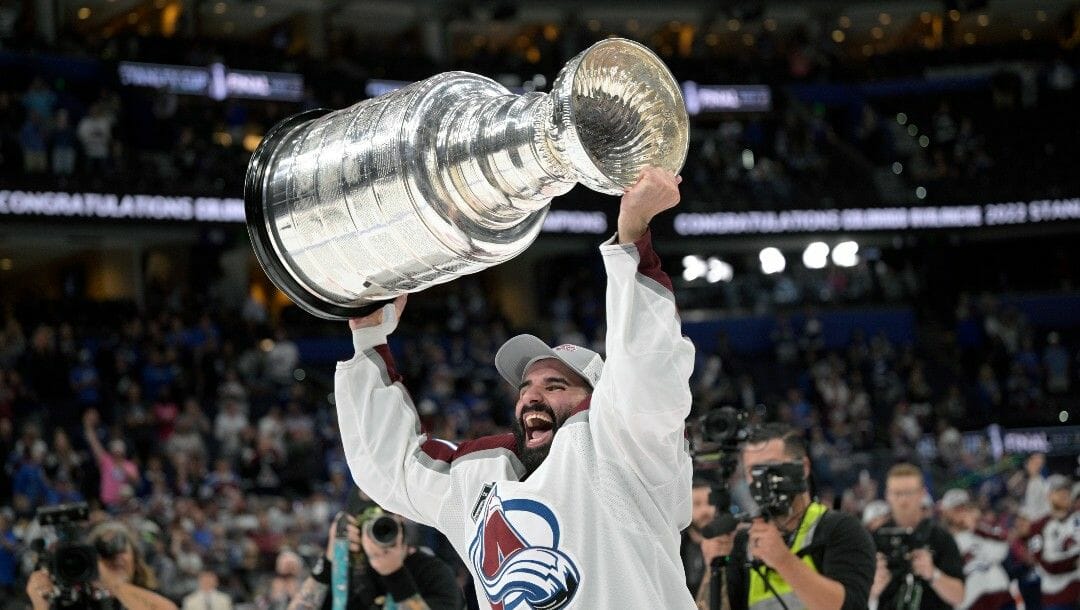 The Colorado Avalanche put forth a dominant postseason effort this year in the NHL, and one bettor reaped the benefits of that success.

It’s always interesting to look back at some of the crazy wagers placed towards league winners, especially when one hits for a significant financial return in a parlay. One bettor at the BetMGM online sportsbook placed a $500 bet on the Los Angeles Rams to win Super Bowl 56 at +1000, the Golden State Warriors to win the NBA Championship at +600, and the Colorado Avalanche to win the Stanley Cup at +600.

The $500 parlay came out with total odds of +53800, and the Avalanche completed that on Sunday, winning this individual $269,000. It’s hard enough to predict one of those league winners, let alone predicting all three, which ultimately paid out substantially. The Avalanche were the only team of those three that entered the year as the favorite to win their league’s title, making that betting slip even more compelling.

Colorado kicked off the NHL campaign at +600 to win the Stanley Cup, and their success didn’t waiver, seeing those odds increase to +450 in February, followed by +375 in April. It’s one thing to open the year with the best odds to win the Stanley Cup, but it’s another to go wire-to-wire in a league with so much parity. If you look at every line movement from this Avs team this season, none of them saw them go backward, only increasing their odds on the way to the Stanley Cup Final.

They opened the playoffs at +325 and defeated the Nashville Predators in four games before sitting at +200 in the second round. The next round saw them take on the St. Louis Blues and beat them in six games, increasing their odds to +120 entering the Conference Finals.

After defeating the Edmonton Oilers in four games, their second sweep of the playoffs, Colorado opened the Stanley Cup Final at -190 to beat the two-time defending Stanley Cup Champion Tampa Bay Lightning. The only wavering movement the Avs saw in the postseason was after the Lightning cut the series deficit in half at home in Game 3, which saw the team’s odds slide from -650 to -300. Entering Game 6, the Avs held odds of -450 and ultimately delivered, winning their first Stanley Cup since 2001.

This year was special for the Avalanche, finally getting over the hump after being unable to get out of the second round in prior seasons. Not only did the Avalanche own the best odds to win the Stanley Cup from start to finish, but they also boasted the most tickets and the highest handle. Colorado tallied 25.7% of tickets and 32.9% of the money on their way to the franchise’s third Stanley Cup victory.

NHL betting lines are available at the online sportsbook.

From the preseason through the Stanley Cup Final, you can view updates odds for over/under totals, puck lines, player props, and more. And with live sports betting, there’s never a break in the action. While you watch a Colorado Avalanche-New York Rangers game on TV, stream a Arizona Coyotes-Seattle Kraken game on your phone, or check scores on the computer, you can bet on live odds.