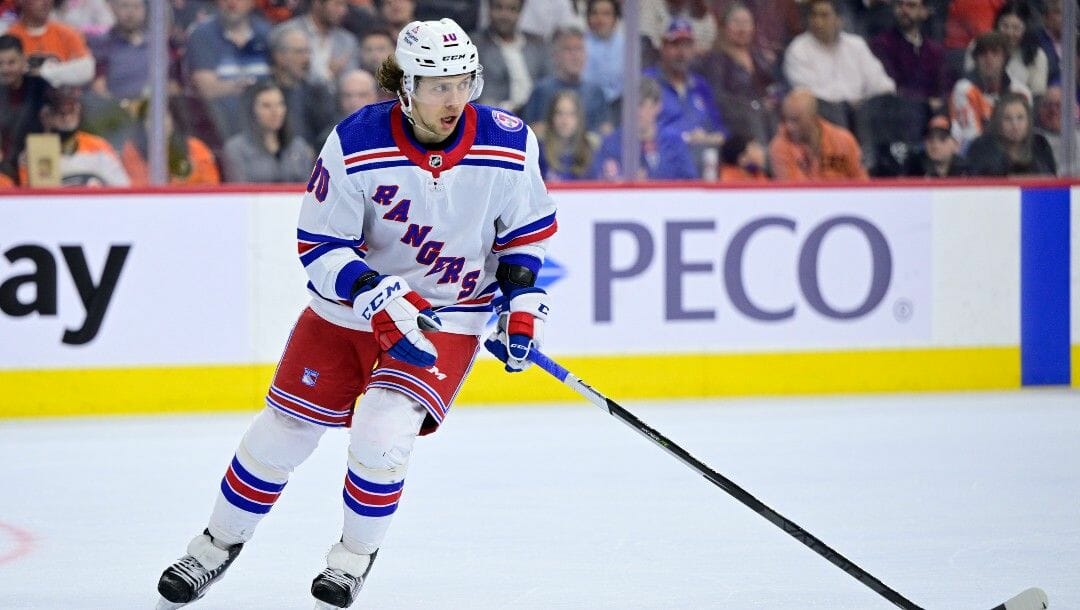 We’ve got 10 NHL games on the schedule tonight, with profound playoff implications on the latter part of the docket.

This is great for NHL betting and looking at the NHL betting lines, but that doesn’t mean player props should be ignored.

Check out a few player props to consider ahead of Tuesday’s action.

The New York Rangers are in the running for the Metropolitan Division crown, thanks in large part to their outstanding offense.

Artemi Panarin has been leading the charge for the Rangers, pacing the team in points with 90 through 71 games. Most of those have come as assists, but I like Panarin as an anytime goalscorer against the Winnipeg Jets.

The Russian forward is finding his rhythm with scoring, potting six goals over his past 11 games.

That improved efficiency has elevated Panarin’s shooting percentage to 12.9%, which is still below his career average of 14.4%. That suggests that there’s still room to grow for the two-time All-Star as he continues his scoring charge.

Panarin also has the advanced metrics to back up his sustained output.

Among Rangers who have played more than 250 minutes, Panarin leads the team in Corsi rating while sitting second in expected goals-for rating. Panarin starts 71.2% of his shifts in the attacking zone, giving up ample opportunity to create quality scoring chances.

The Jets struggle at limiting offenses, allowing 11 or more high-danger opportunities in three of their past five gams. That will give Panarin more chances than usual to find the back of the net and I am not expecting him to miss.

Ilya Mikheyev isn’t the first name that comes to mind when you think Toronto Maple Leafs offense. Still, I like his potential against the Philadelphia Flyers.

With Auston Matthews out of the lineup on Sunday, Mikheyev was skating on the Leafs’ top line with John Tavares and Mitch Marner. That resulted in a boost in minutes, with the Russian winger playing 17:27, above his season-long average of 15:06.

With Matthews’s participation Tuesday not certain, Mikheyev could continue to skate with Toronto’s best players against the Flyers.

Although Mikheyev wasn’t able to capitalize on the additional minutes last time out, it did allow him to maintain his solid production metrics. Mikheyev delivered three shots on net for the third straight game, elevating his five-game total to 16 shots.

Mikheyev is one of four Maple Leaf players with more goals than assists and ranks fifth on the team in goals, behind the usual suspects. Playing next to Tavares and Marner amplifies his scoring capacity, which isn’t yet reflected in his betting price.