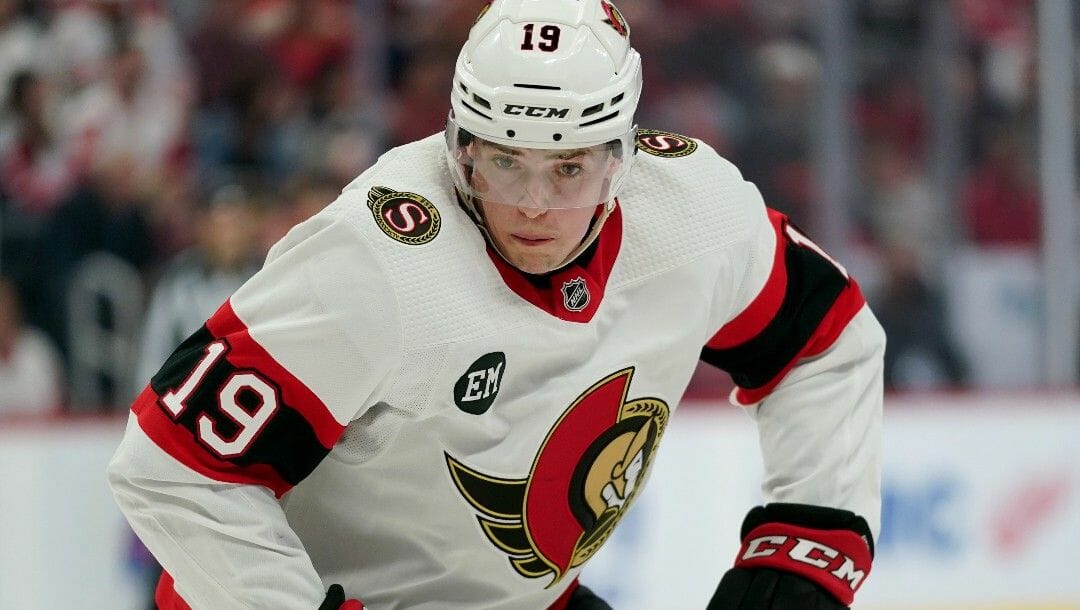 There are six games on the NHL docket Monday, which gives plenty of opportunities to take part in some NHL betting.

In between looking at NHL betting lines, it’s not a bad idea to take a look at some player props.

Below are two to consider for Monday night.

The Ottawa Senators offense is operating efficiently of late, scoring three or more goals in four straight contests. I am expecting that to continue against a Seattle Kraken squad on Monday, which has been one of the worst teams at preventing scoring this season.

The Sens owe some of their recent success to their second line, featuring Tim Stutzle, Alex Formenton, and Drake Batherson.

Stutzle is coming off a two-goal performance against the Toronto Maple Leafs, his third straight game with a goal, but I like Batherson’s potential to find the back of the net on Monday.

The  23-year-old has peppered goalies recently, attempting 16 shots on net over his past five games, with multi-shot efforts in seven of his past eight. Still, Batherson has recorded just two goals over that stretch, for an 8.7% shooting percentage, below his season-long average of 15.5%.

Batherson should reverse course against the Kraken.

Seattle has the worst team save percentage in the NHL at 88.1%, which has fallen to 86% over their previous three games. The betting market gives Batherson a 40% chance of scoring tonight, but we like his odds better than that.

All eyes will be on the Vancouver Canucks as they look to continue their climb up the Western Conference standings against one of the teams they are chasing for a wild card spot, the Dallas Stars.

Vancouver has been getting solid offensive production lately and a lot of that has to do with Elias Pettersson.

Pettersson has been unstoppable, recording nine goals over his past nine games. He doesn’t have goals in each of those contests, using three multi-goal efforts to offset the three times he’s been held scoreless, but he’s been relentless in every game.

The former Rookie of the Year has totaled 31 shots over that nine-game sample, attempting less than three shots just once. Included in that is a two-goal effort against the Stars back on March 26, a game in which Pettersson put four shots on target.

Surprisingly, he is +175 as an any-time goal scorer, which doesn’t accurately reflect the likelihood of him recording his 10th goal over the past 10 games.