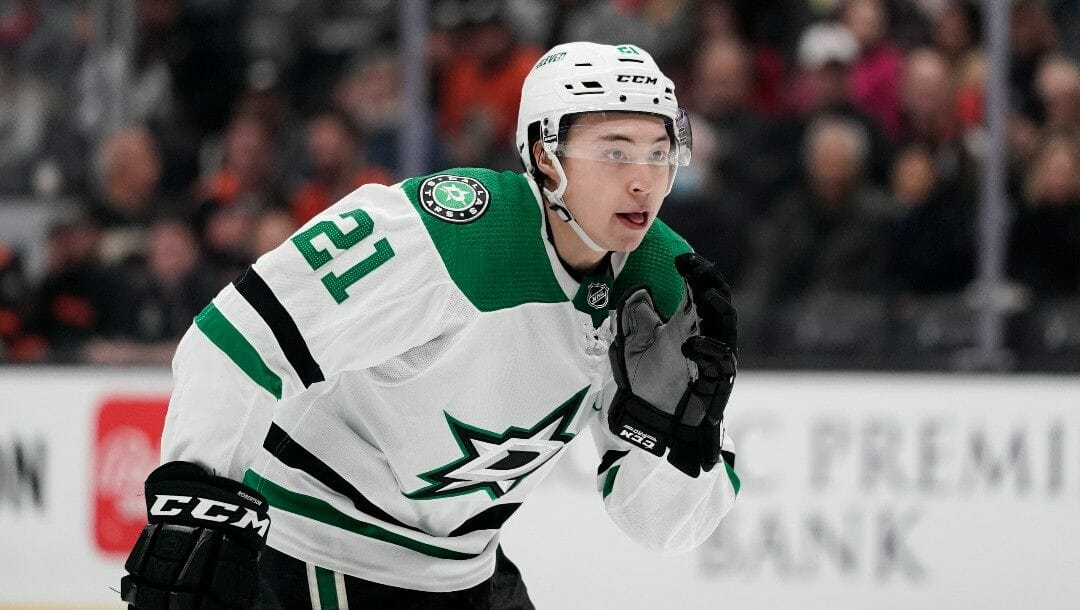 It’s a huge night in the NHL with 13 games, providing plenty of opportunities for NHL betting.

Teams continue to battle in both conferences for positioning and depending on how the night shakes out, all 16 playoff teams could be confirmed.

Many will turn to NHL betting lines, but don’t forget about player props.

Below are two of my favorites for Tuesday.

The fate of the Vegas Golden Knights season hinges on Tuesday’s contest against the Dallas Stars.

Vegas is three points back of Dallas for the final wild-card spot with three games to go. A loss assures the Golden Knights will miss the postseason, while a win puts them within one point of the Stars as both teams race towards the end of the regular season.

Vegas will have to find a way to limit one player in particular if they hope to maintain their playoff aspirations.

As you may have gathered from the betting price, it seems like a foregone conclusion that Stars forward Jason Robertson will record at least a point, and I agree. Robertson has been single-handedly carrying the Stars’ offense and should be counted on to score when they need it most.

Robertson has been an invaluable contributor for the Stars all season, leading the team in goals while sitting second in scoring.

this move Jason Robertson just put on him pic.twitter.com/fsUWHaCpyl

No player starts in the attacking zone more often than Robertson, who gets 78.8% of his zone starts in the opponent’s end. Part of that time is spent on the powerplay with the team’s top unit, where he’s accumulated 20 of his 75 points.

Robertson has figured into that improved offense, recording five points over his past three games and directing 13 shots on target. Moreover, he’s attempted three or more shots in eight straight games, averaging 4.3 shots per game over that stretch.

Robertson is the main offensive player for the Stars and I expect him to eclipse his 0.5-point total against the Knights.

Granted, this isn’t the most glamorous matchup on the board, but still, I like the value that Tim Stutzle presents as an anytime goalscorer against the New Jersey Devils.

As implied by the betting price on his point total, the Ottawa Senators youngster has a good chance of finding his way onto the scoresheet. I continue to see elite goal scoring from the German forward and expect that to continue on Tuesday night.

The Senators insulate Stutzle with some of their best offensive players, giving him 78.6% of his starts in the attacking zone, second-most on the team.

The German forward hasn’t disappointed, putting up the second-most high-danger and scoring chances on the Sens. More importantly, Stutzle has translated those opportunities to points, recording the third-most goals and tied for the second-most points.

Goals come in bunches for the Sens and they’ve recently put together some gaudy performances.

New Jersey hasn’t offered much resistance lately, giving up 11 goals over their previous three games, suggesting the Sens’ bonanza should continue. Expect Stutzle to get in on the action.