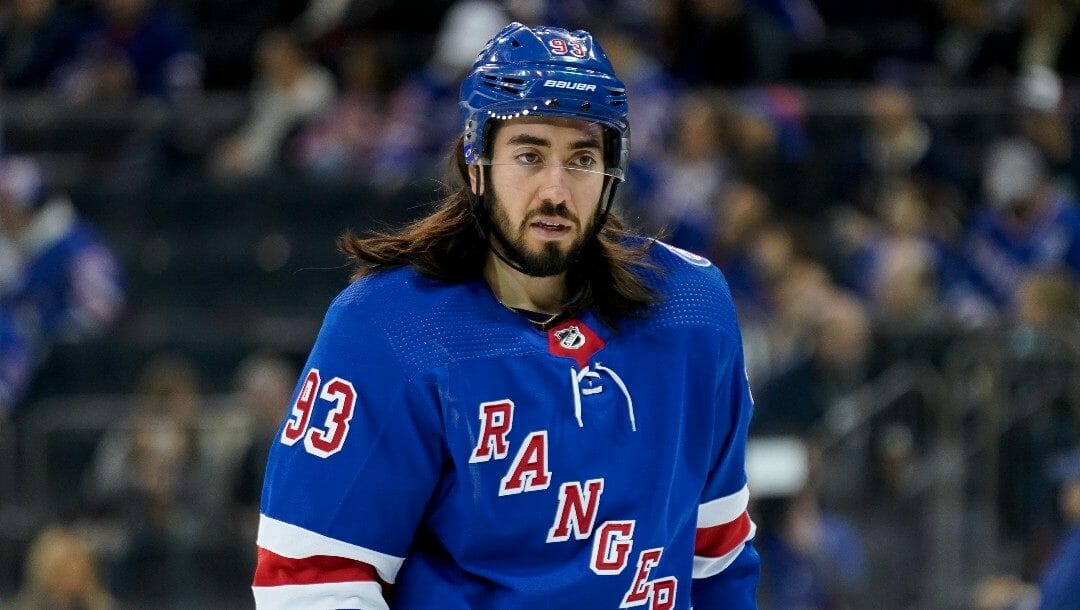 There are five NHL games on the slate Wednesday as the regular season winds down, so it’s getting time to really start digging into Stanley Cup odds.

But for now, instead of looking at NHL betting lines for Wednesday, player props provide a nice alternative.

Here are two to consider.

Mika Zibanejad is second on the Rangers in scoring totaling 29 goals, 52 assists, and shots per game at 2.73.

Zibanejad will be facing a Canadiens team that allows the third-most shots per game with 34.5. In two games against the Habs this season, he’s picked up three assists and registered six shots. Over his past five games, Zibanejad has two goals, four assists, and 14 shots.

Zibanejad is one of the most underrated players in the NHL and one of New York’s best. Against Montreal, he should have no problem picking up more than 2.5 shots.

Mika Zibanejad gets the #NYR on the board with a power play goal. Alexis Lafrenière draws a penalty, so the Rangers stay on the advantage. pic.twitter.com/AVsHH1yvMM

This season, Jason Robertson has broken out, scoring 40 goals in 70 games. Robertson leads Dallas in shots per game at 2.99, which is 0.49 more than this wager requires to hit.

He’ll be facing an Arizona Coyotes team that allows the most shots per game in the NHL at 35.6. In three games against the Coyotes this season, Robertson has one goal, two assists, and seven shots. Over his past five games, he’s averaged four shots a game, picking up four goals and three assists.

Robertson is firing on all cylinders right now. Facing a terrible defensive team, so expect him to surpass 2.5 shots tonight.