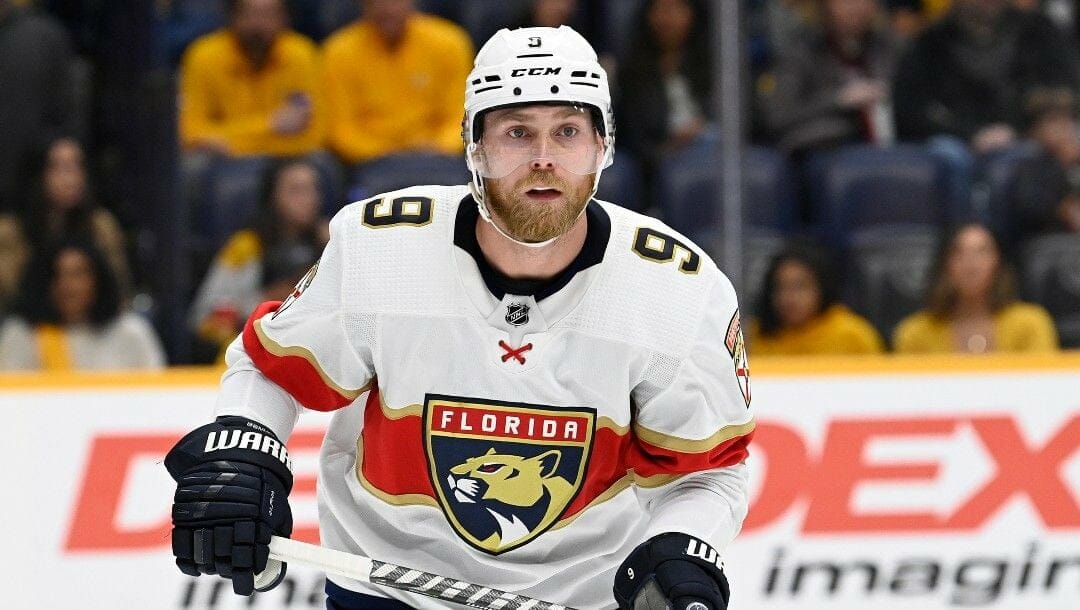 There are two NHL games on the slate tonight and instead of looking at the NHL betting lines and even Stanley Cup odds, we have two player props for you to consider.

The Florida Panthers are first in the East and trail the Colorado Avalanche by four points for the Presidents’ Trophy, while the Winnipeg Jets are seven points out of the eighth and final playoff spot in the West, with eight games left in the regular season.

The New York Islanders have no chance to make the playoffs, sitting 15 points out of eighth in the East, and tonight’s foe, the Montreal Canadiens, are already mathematically eliminated. New York is coming off a 6-3 loss to the Pittsburgh Penguins, while the Habs have lost three straight.

Sam Bennett is seventh in scoring on the high-powered Panthers’ offense with 27 goals and 45 points. He also leads Florida in shots per game with 3.40, almost a full shot per game higher than the 2.5 needed for this bet to payout.

Meanwhile, the Jets allow the 10th-most shots per game in the NHL with 32.9. In one game against Winnipeg this season, Bennett had one assist but, most importantly, had four shots. Over Bennett’s past five games, he’s averaged 4.2 shots per game.

The Panthers will most likely be all over the Jets in this one and we expect Bennett to get his fair share of offense in.

Mathew Barzal is second on the Islanders in scoring with 14 goals and 50 points. He’s fourth on the team in shot per game with 2.23. Barzal doesn’t average a massive volume of shots, but he doesn’t have to — his season average is 0.73 more than the 1.5 needed for this wager.

New York faces a Canadiens team that allows the third-most shots per game in the NHL with 34.6. In two games against Montreal, Barzal didn’t register a point, but he averaged 1.5 shots. Over his past five games, Barzal has averaged 1.6 shots per game.

Barzal doesn’t shoot a lot, which could make this bet nerve-racking, but the 1.5 ask for one of the Islanders’ highest scorers shouldn’t be hard for him to surpass.