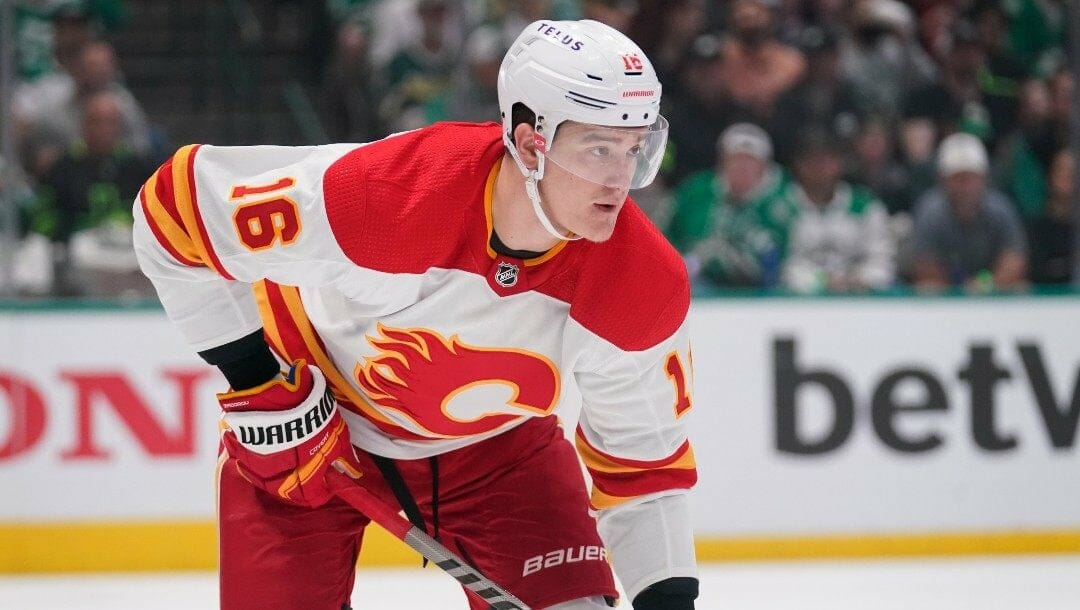 The excitement of the NHL playoffs rages on with two conference semifinals starting on Wednesday. The Carolina Hurricanes invite the New York Rangers to town for a Metropolitan Division matchup, followed by the highly anticipated Battle of Alberta between the Calgary Flames and Edmonton Oilers.

NHL betting lines are a good place to start when looking for NHL betting opportunities, but there are also a number of prop bets to consider.

Here are two to consider for Wednesday.

The intensity of the Battle of Alberta is already palpable. The rivalry comes with a renewed energy as the Edmonton Oilers and Calgary Flames face off in a playoff series for the first time since 1991.

However, energy wasn’t in short supply through the first round of the playoffs, with both teams coming out of the gates strong in each one of their contests. That led to early scoring in most of their contests, a trend we’re expecting to continue in Game 1 of this Western Conference Semifinal.

Offense was on full display in the Oilers’ opening-round series against the Los Angeles Kings.

Edmonton scored three or more goals in five of their seven contests, with their opponent recording four or more in three games. The onset of the scoring was just as impressive as its frequency, those teams combining for an early goal in four of their first-round series games.

Although scoring didn’t flow as organically in the Flames series’ win over the Dallas Stars, there was just as much early scoring. The Flames and Stars combined for goals within the first nine minutes in the same number of contests, cashing at a 57.14% rate.

It’s an incredibly small sample and razor-thin margin, but there’s a modest edge in playing the first goal in 0:01 – 8:59. The Oilers and Flames have identical early-goal ratings this postseason, exceeding the 57.08% implied probability of the -133 price tag.

The New York Rangers overcame a 3-1 series deficit and staged a third-period comeback against the Pittsburgh Penguins in Game 7 to set up a second-round meeting with the Carolina Hurricanes.

In doing so, they may have exhausted their puck luck, putting them at risk of regression in Round 2. That, along with the Hurricanes’ conservative system, could make it hard for either team to get to three goals in Game 1.

Carolina remains one of the best analytics teams in the league.

The Hurricanes use structure to inhibit scoring, resulting in fewer offensive opportunities. The Metropolitan Division-winners allowed seven or fewer high-danger chances in five of their past six games, failing to create more than seven quality chances in the same number of games. Diminished production didn’t impact output against the Boston Bruins; however, they’re facing a much better goalie in Igor Shesterkin.

Along a similar vein, the Rangers’ offense wasn’t nearly as good as their outcomes suggested. The Rangers were outplayed in all but one of their contests against the Penguins and their limited production metrics are a big reason why.

New York attempted seven or fewer quality opportunities in four of their last six games, averaging 7.3 per game. They still managed respectable output, but shooting against a third-string netminder for most of the series furthered their cause. An upgraded goaltender in a tighter defensive system could precipitate fewer goals for the Rangers.

I am anticipating fewer goals in this Eastern Conference Semifinal, starting with the series-opener at PNC Arena. As such, there’s value in betting neither team reaches three goals.