Best NHL Props Monday: Not Much Scoring in Lightning-Panthers 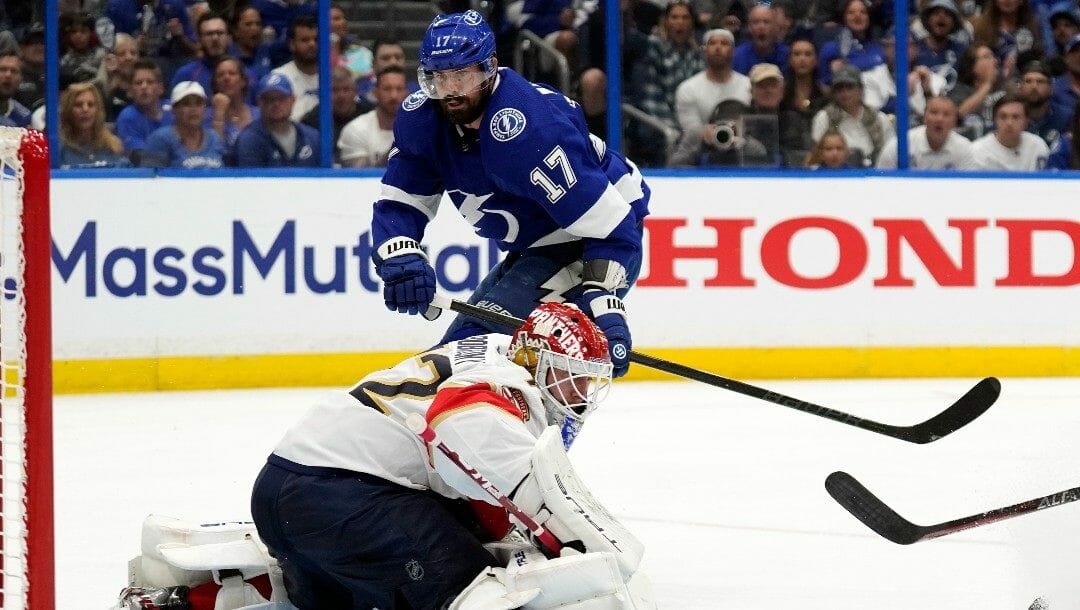 The NHL playoffs are in full swing, which is the best time of the year for NHL betting.

In between looking at Stanley Cup odds and NHL betting lines, prop bets are also worth taking a look at.

Below are two to consider for Monday.

The Bolts have amplified their defensive efforts over their past few outings to limit the league’s best offenses. And it’s working. Not once over the past four games have the Panthers or Toronto Maple Leafs recorded more than one goal, and production remains deflated.

Tampa is limiting their opponents to an average of 9.0 high-danger and 25.3 scoring chances per game, getting out-chanced in quality opportunities just once over that stretch.

The bigger issue teams have to contend with is Andrei Vasilevskiy, who is once again proving that lightning strikes more than once in the playoffs. Year over year, Vasilevskiy dominates throughout the playoffs, stealing victories for the Bolts in every series. The Russian netminder is 56-32 in the postseason with a 92.4% save percentage and 2.26 goals-against average.

Back-to-backs are not a frequent occurrence in the Stanley Cup Playoffs; still, the Conn Smythe winning goalie has stepped up in the clutch. Vasilevskiy has stopped 53 of 57 shots on the second night of a back-to-back for a 93% save percentage and 1.61 goals-against average.

Florida has been frustrated by the Lightning all series, and that’s not likely to change on Monday night. Similarly, the Lightning aren’t pushing the pace offensive right now, implying that goals will be harder to come by in Game 4.

I am betting that nobody reaches three goals as the Panthers try to stave off elimination.

St. Louis looked great with Jordan Binnington between the pipes, but the Blues cannot afford to go down 3-1 in their series against the Avalanche. That should lead to a cohesive team effort as the Blues use home ice to their advantage before the series shifts back to Denver.

The Blues outplayed the Avs at five-on-five in Game 3, the second time through the first three games in which they posted an expected goals-for percentage above 50%. The third-seeded Central Division team has relied on stout defensive efforts to limit Colorado’s chances.

St. Louis also operates an opportunistic offense, capitalizing on turnovers and special team chances to create goals. They have eclipsed three goals in four of their past six outings, unsurprisingly, winning all four contests. Even with defense being emphasized, the Blues will need to find a way to score more frequently if they hope to get past Colorado.

Ryan O’Reilly has put the Blues on his back before, and I am expecting a classic performance from the captain in Game 4. St. Louis has hampered the Avs over the past couple of games, and getting to three goals first, gives them the best chance of evening the series.