NHL Betting: 3 Non-Favorites to Back With Stanley Cup Futures 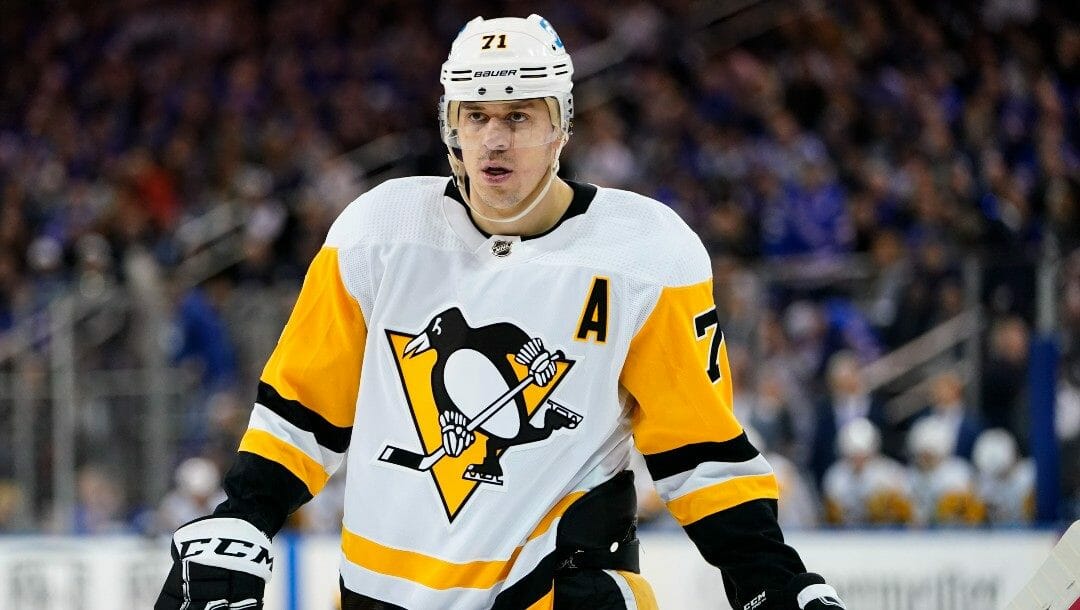 With the dust settling on an eventful first week of NHL free agency, three teams outside of the five favorites have done enough to warrant 2022-23 futures Stanley Cup considerations.

All five teams are built for success now and will want to capitalize on their respective stacked rosters.

Three teams trailing the lead pack – Edmonton Oilers (+1600), Pittsburgh Penguins (+2000), New York Rangers (+2000) – are feeling relatively good about themselves after orchestrating deals that put them in the best position outside of the five favorites to challenge for Lord Stanley.

Things in Pittsburgh before July 13 looked as bleak as the sky when a tropical storm is overhead. What a difference a week has made for Ron Hextall and Co. The Pens, against persuasive conjecture, managed to re-sign Evgeni Malkin and Kris Letang to long-term deals, both of whom have devoted their entire careers to the Pens after joining the club in 2006.

Let’s for now forsake that burning desire to contemplate the probability of either player being sidelined by yet another debilitating injury. Despite their injury-riddled resumes, that is pure speculation, similar to the wholesale belief that Malkin was about to hightail out of Pittsburgh.

Hextall is likely elated with his negotiation skills and ability to prevent two of his best players from absconding, but he’ll be acutely aware of the need for his Pens to win now.

The Pens also solidified their blueline last week, signing stalwarts Jan Rutta and Jeff Petry, who are entering the twilight of their respective careers. Rutta is 31 years old, and Petry is 34.

Pittsburgh is also buoyed, knowing Tristan Jarry has recovered fully from a foot injury that prevented him from suiting up against the Rangers in the opening round. Jarry’s absence almost certainly cost the Pens a place in the second round of the playoffs.

For all their wondrous talent, Letang, Malkin – and Sidney Crosby for that matter – are like the antithesis of fine wine. Their bodies are deteriorating, increasing the propensity for potential injury. All three acclaimed players will know their time to win a fourth Stanley Cup is quickly waning. The accelerated timeline the triumvirate has to work with could provide the motivation and inspiration required for one final Stanley Cup run.

Things looked ominous for the New York Rangers after losing Ryan Strome and Andrew Copp on the opening day of free agency. But the Blueshirts recovered well, with Chris Drury convincing Vincent Trocheck to sign on the dotted line. Trocheck, who is expected to line up beside Artemi Panarin, should net at least 20 goals next season. He is also sound defensively and an outstanding role player who adds immeasurably more than a decent tangible offensive return.

Drury signed veteran netminder Jaroslav Halak. He will not only be a steady hand as Igor Shesterkin’s backup, he’ll also provide the Vezina winner with some seasoned, wily advice that can only be offered by a journeyman goaltender of his age and experience.

Just in case Halak or Shesterkin go down with an injury, the Rangers brought in Louis Domingue from Pittsburgh.

It’s hard to conceive of a stark improvement from Shesterkin, but, considering his age – 26 – tireless work ethic and mental fortitude, I wouldn’t put anything past him and, based on last season’s performance, nor will anyone else.

Contesting the Tampa Bay Lightning for the Eastern Conference crown, New York exceeded all expectations last season and will look to carry that momentum into the 2022-23 campaign.

Like the Rangers, the Oilers fell one step short of advancing to the Stanley Cup Final. As a result, the pressure was squarely on Ken Holland to make the moves needed to propel the Oilers to the next level.

As the seventh favorite according to Stanley Cup odds, Holland didn’t do quite enough to crack the top five.

He will, however, be reservedly content about the Oilers’ business from the past week. Signing Evander Kane, who dominated in the playoffs and meshes well with Connor McDavid and Leon Draisaitl, was an important move for Holland.

Kane has reportedly been a model citizen since arriving in Edmonton, another factor that convinced Holland to pull the trigger. If Kane picks up where he left off, the Oilers – along with Zach Hyman and Ryan Nugent-Hopkins – finally have enough secondary scoring at their disposal to divert a morsel of pressure away from McDavid and Draisaitl.

And then there’s Jack Campbell, whose five-year, $25 million deal leads many to believe the Oilers overpaid to land the 30-year-old.

Despite the obvious financial risk, it’s a move the Oilers had to make. Campbell now has a chance to prove he belongs in the elite-netminder conversation. While some of his performances last season were worthy of praise reserved for ace goaltenders, others fell into mediocrity.

Their team’s two superstars – McDavid and Draisaitl – are as hungry as the city is for a Stanley Cup.

That on its own is not a good enough reason to back the Oilers on the futures market, but their Western Conference Final appearance and recent signings might provide the impetus you need to get behind them.