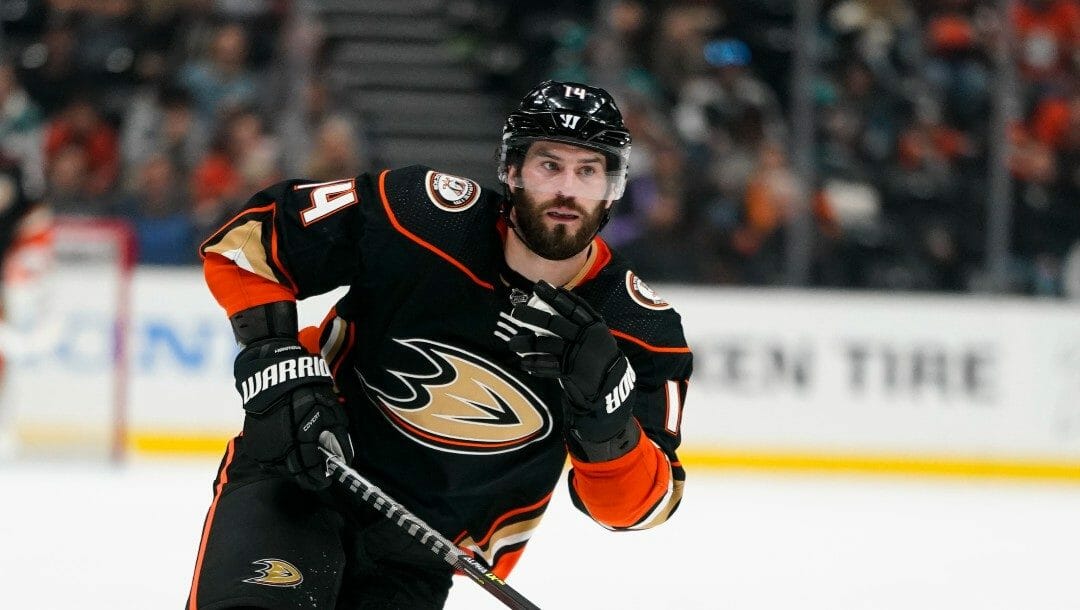 Although it’s a relatively slow day in the NHL with just four games, there are still chances for some ice hockey betting action.

One of the matchups has the Chicago Blackhawks taking on the Anaheim Ducks.

The NHL Trade Deadline has come and gone with several key Blackhawks players among those gone with it. Realistically, the Hawks have been eliminated from playoff contention (ie. look at their NHL playoff odds) for quite some time, and their moves signaled that they are ready to run out the clock on the 2021-22 season.

That benefits the Ducks on Wednesday night.

Check out our analysis and NHL betting picks for the game.

Even at their best, the Hawks haven’t been good this season, but somehow they’ve put forth even worse efforts over their recent sample.

Chicago has been limited to seven or fewer high-danger opportunities in all but one of their past eight games, out-chancing their opponents just twice. Possession metrics are equally disheartening, with the Hawks posting Corsi ratings above 50% in just two of their last eight games.

Now, they embark on a three-game road trip, where they’ve been even worse this season.

As visitors, the Hawks have the sixth-worst expected goals-for rating posting a 44.7% mark. They’ve overachieved relative to expectations by posting an actual 45.3% rating.

Moving on from Marc-Andre Fleury and some of their supporting cast will impact their competitiveness to end the season, as their already poor metrics are likely to suffer further.

Part of the reason the price is diminished on the Ducks is that they enter Wednesday’s contest on a seven-game losing streak.

Still, they elevated their performances recently and good outcomes should start to follow.

Anaheim has outplayed their opponents 5-on-5 in four games of their losing streak, including three of their past four.

Goaltending has let them down of late, giving up 17 goals in their past four games, but we’re expecting progress from John Gibson over the coming days.

Gibson’s 90.5% save percentage has fallen below his career benchmark of 91.5% despite improved play in front of him. The veteran netminder should see his stats work their way back to average.

John Gibson is reaching the stick out for this save. 🏒 pic.twitter.com/KI6XVk15mP

We like this spot for the Ducks and the betting price is worth backing them. We’re betting that the Hawks’ struggles continue and the Ducks fly away victorious.