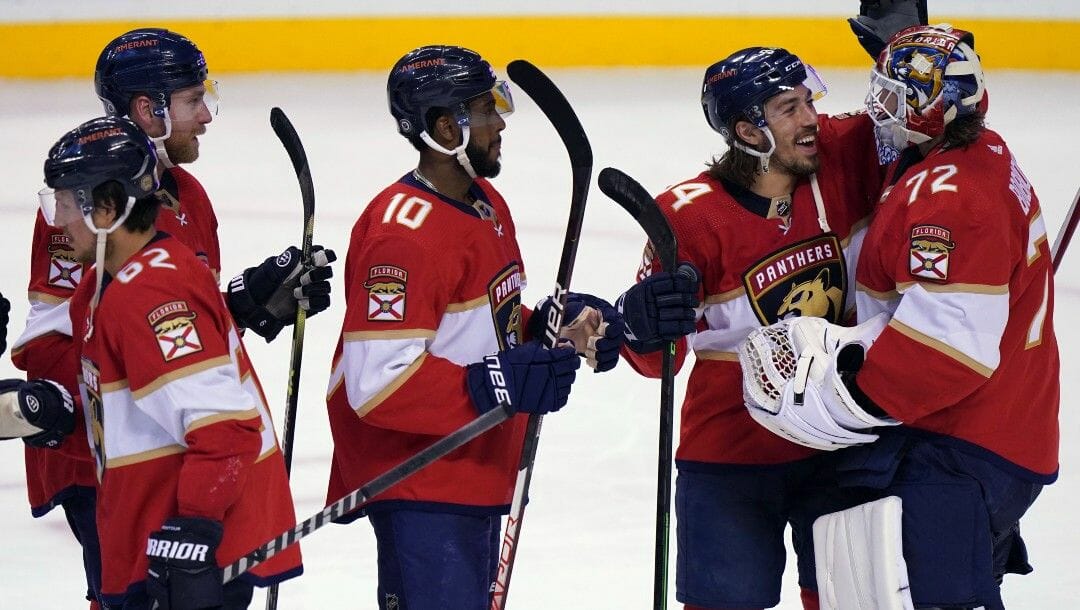 With the NHL playoffs approaching ice hockey betting is heating up.

While some games have a lot of impact on NHL playoff odds, others do not. The Chicago Blackhawks-Florida Panthers matchup is one that does not.

Nobody has an answer for the Panthers this season and it’s unlikely to change as they take on the Blackhawks on Thursday. These teams are positioned on opposite ends of nearly every spectrum, which is reflected in the betting price of this non-conference matchup. Still, there may be an advantage on the total that isn’t worth passing up.

Check out where the value lies in NHL betting when the Panthers take on the Hawks.

The Panthers have a skilled group of forwards that continue to produce.

Florida has the best Corsi rating at five-on-five this season, ranking second in scoring and first in high-danger chances. More importantly, they are translating their elite production to more goals and are on pace for the most goals since the 1995-96 season.

Three factors support that we should expect more of the same on Thursday.

First, the Panthers’ offense is operating efficiently of late, as they’ve attempted 10 or more quality chances in four of their past five games. Second, they are at home, where they continue to deploy their star players under more ideal lineup matchups, helping them average 5.1 goals per game over their past 16 at home.

Lastly, the Hawks haven’t been able to prevent opponents from putting up chances over their past few games.

Chicago has allowed 10 or more high-danger chances in five straight games giving up an average of 12.4 opportunities per game. That’s had a negative impact on goals-against, amplified by the Hawks moving on from Marc-Andre Fleury.

Chicago has given up 22 goals over their past five games, including 11 in their two most recent outings.

The last time the Panthers scored fewer than three goals at home came back on Dec. 16 of last year. Since then, they have gone over in 14 of 16 games.

The Hawks are happy just to run out the clock on the season and we’re not anticipating them to plug up their defensive inefficiencies against one of the best teams in the league. Goals should be easy to come by in this one.