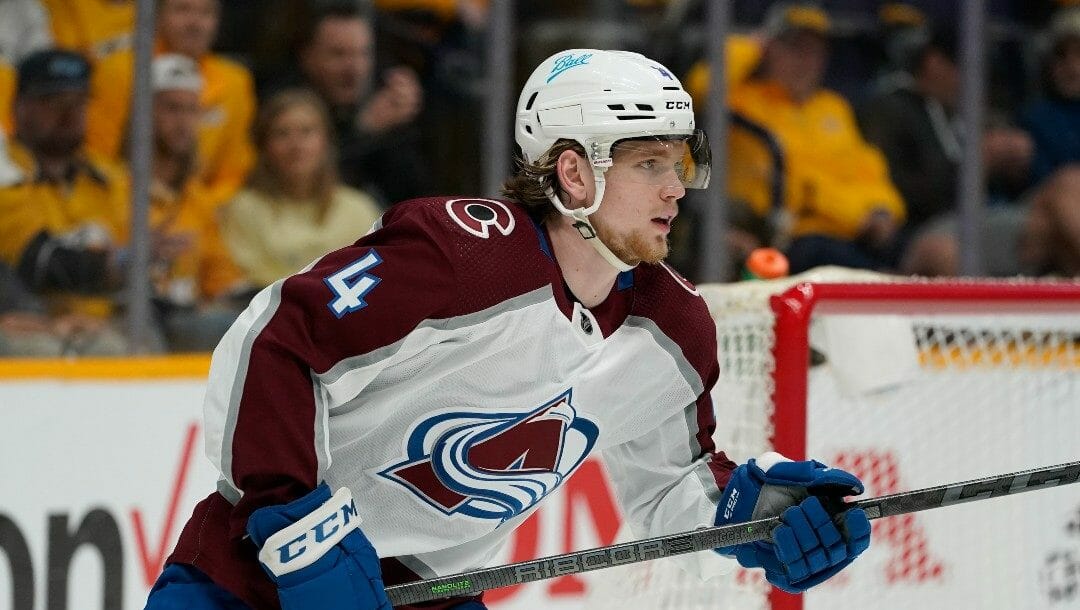 After enjoying over a week to rest and recuperate, the Colorado Avalanche are set to host the St. Louis Blues in Game 1 of the Western Conference semifinals.

NHL playoff odds have the Avs as -222 favorites to win Game 1 on Tuesday evening. The Blues visit Colorado as +180 underdogs.

In terms of NHL betting lines for the series, the Avs are -345 favorites to advance to the Conference Final, leaving the Blues with substantially longer +275 odds.

Both teams head into Game 1 firing on all cylinders, with the Blues winning three straight and the Avs sweeping the Predators.

Continuing their offensive dominance from the regular season, the Avs scored 5.25 goals per game in the first round, the most of all playoff teams. Jared Bednar’s team also played well defensively, conceding just 2.25 goals per game, the third-fewest.

Only the Dallas Stars and Calgary Flames, who were ensnared in an incredibly low-scoring throwback series, allowed less.

If the Blues are going to snatch Game 1 in Colorado, they will have to stay out of the penalty box and ride a wave of momentum created by Jordan Binnington, who enters the second round in seemingly vintage form.

The Avs were 7-for-16 with the man advantage against the Preds, an astoundingly high 43.8% success rate. The Blues can ill-afford to provide that power-play with even the slightest accelerant.

Binnington continued his unlikely playoff story after relieving Ville Husso in the first round. The 2019 Stanley Cup winner triumphed in all three games he started against Wild. He allowed just five goals in three games, earning a paltry 1.67 goals against average and .943 save percentage. Those numbers will have to become commonplace if the Blues are to win in Colorado.

Starting each game well is another key to any Blues success. The Avs opened the scoring in every game against the Preds and netted nine times in four opening frames, an average of 2.25 goals in each opening 20 minutes.

Only the Pens, who scored 10 first-period goals, notched more in the opening frame, but they played three additional games.

The Blues were also 4-0 when scoring the first goal against the Wild, emphasizing just how important getting out in front early is. The Blues outscored the Wild 15-5 after Binnington replaced Husso between the pipes.

Darcy Kuemper, after missing most of Game 3 and all of Game 4 with an eye injury, should return for the favored Avs.

If the Blues score first it will be interesting to see how the Avs respond, as they only trailed once,  for under five minutes in the final period of Game 4, against the Preds.

If the Avs concede early, it will mark unchartered territory for the high-powered top seed. Seeing their reaction to a drop of adversity will provide excellent insight into how the rest of the series will transpire.

Don’t expect the Avs to go down early Tuesday, though. The well-rested Avs should take Game 1 in a relatively high-scoring affair.