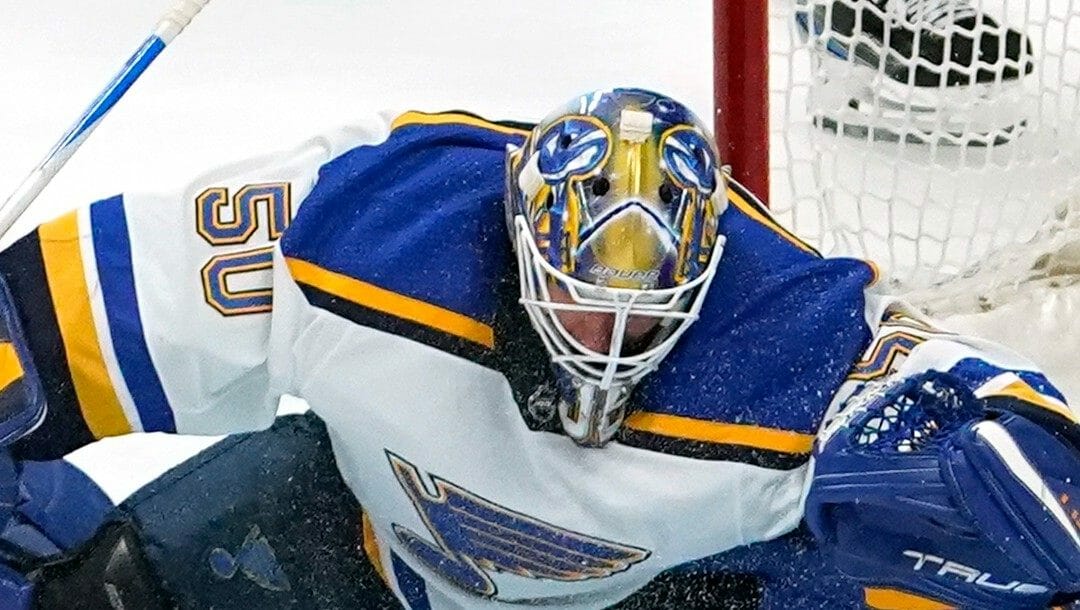 The Colorado Avalanche and Blues’ netminder Jordan Binnington put on a show in Game 1, with the former scoring a clutch overtime winner to go ahead in the series.

Thanks to Colorado’s 3-2 win, NHL betting lines have ever-so slightly shifted for Thursday’s Game 2. The Avs were -222 favorites in advance of Game 1 and are sitting at a marginally shorter -233 odds for Game 2.

The NHL oddsmakers obviously feel the Blues, despite falling a single opportunity shy of stealing Game 1, were out of their depth in the Mile High City.

They aren’t wrong in that assertion. A relentless Colorado forecheck combined with a lightning-quick, skillful and tenacious cycle kept the visitors hemmed in for the majority of the opener.

The Avs peppered Binnington with 54 shots, including a bevy of prime, high-danger scoring chances. The Blues’ ace was up to the task, showcasing his athleticism and down-but-not-out mastery. Colorado also hit more iron than an iron-ore miner working extra shifts.

Witnessing their goaltender come up with his best playoff performance – which includes his Stanley Cup-winning run in 2019 – yet still lose is a morbid proposition for the Blues.

For the first time in five playoff games, the Avs conceded the first goal. Even coughing up the early lead didn’t derail Colorado, who won their fifth successive playoff encounter.

There were a couple of positive takeaways the Blues will want to carry into Game 2.

The visitors kept the postseason’s most potent power-play at bay. The Avs, who scored at a 43.8% rate in the opening round, failed to score on three opportunities.

The Blues, in asymmetric and ruthless fashion, scored on their only power-play, equalizing with just 3:14 remaining. The Blues, who had the third-best power-play (33.3%) in the first round, will need to continuously rely on their power-play to turn this into a six or seven-game series.

Craig Berube’s team also prevented Nathan MacKinnon from scoring and kept Cale Makar off the scoresheet entirely, a promising prospect for the 2019 Cup winners. Although seeing the Avs win despite their top scorers being kept at bay doesn’t bode particularly well for the Blues.

Last and certainly not least, the Blues were woeful in the face-off circle, losing 64% of the draws. Avs’ lopsided advantage facilitated instantaneous puck possession and with it, sustained pressure and more shooting opportunities.

During their three-game regular-season series, the Blues won 48, 53 and 48% of the draws, respectively. Those numbers more match what the Blues expect from the rest of the series.

Outplayed in basically every facet on Tuesday night, the Blues still found a way, thanks to Binnington’s heroics, to drag the Avs into an unwanted overtime session. The Blues will want to rebound in Game 2 and prove they belong among the elite eight.

Expect the Blues to be substantially better overall and entirely more proficient on the draw on Thursday.

Game 2 will be another close one, but the Avs are simply too dominant at home and should have a two-game advantage when the series heads to St. Louis for Saturday’s Game 3.