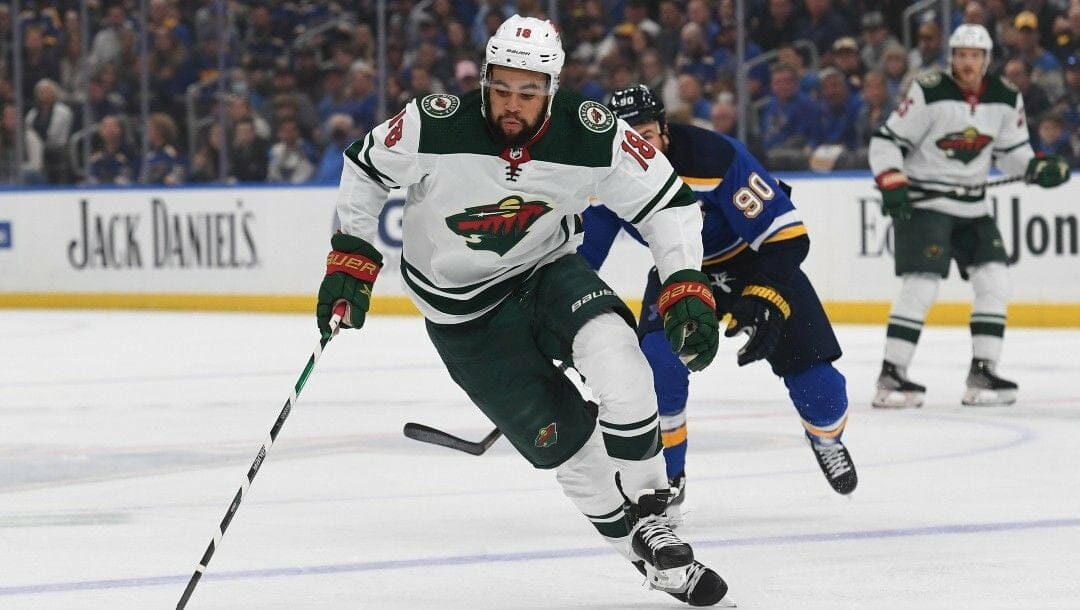 A goaltending change spurred the St. Louis Blues in Game 4, helping them to a 5-2 win over the Minnesota Wild. More importantly, that tied the Western Conference Quarterfinal at two games apiece as the series transitions back to St. Paul for Game 5 on Tuesday night.

NHL playoff odds have the Wild as -130 to win the series.

Improved goaltending isn’t the magic pill to solve all of the Blues’ problems and they’ll have to overcome an emerging trend if they hope to make it two straight wins.

Below are a few NHL betting picks and analysis for Tuesday’s matchup.

It has been an all-or-nothing series for both teams so far, with the winning side recording four or more goals in every game and the losing club recording two or fewer. Still, the Wild’s metrics look much better than those of the Blues, as they have outplayed St. Louis on both ends of the ice.

Minnesota has attempted 10 or more high-danger chances at five-on-five in all but one of the matchups, eclipsing 25 scoring opportunities in each of the past two. However, the output is flowing less organically, with the Wild recording 11 goals in their two wins and two goals in both losses. Production has been relatively consistent, and we’re expecting a more balanced approach over the next few outings.

The return of Jordan Binnington could play into the Wild having less success with replicating their big offensive performances.

Binnington has been trending positively over his recent starts, posting above-average save percentages in five of his past seven, with a cumulative 91.8% rating. Sustained play from the Blues’ backup will help limit the Wild’s offense, but St. Louis is just playing into Minnesota’s strength.

Few teams can hold a candle to the Wild’s tidy defensive zone coverage and that’s been evident through the first four games of this series. The Blues have been limited to five or fewer quality chances in three of four games, getting out-chanced in all but one of those contests.

St. Louis could face an even stiffer challenge in Game 5, as the Wild return home where they can line match to neutralize the Blues.

Things will tighten up on Tuesday night, as I am anticipating both teams to refocus their efforts defensively. That should lead to a low-scoring game, with chances and goals at a premium.