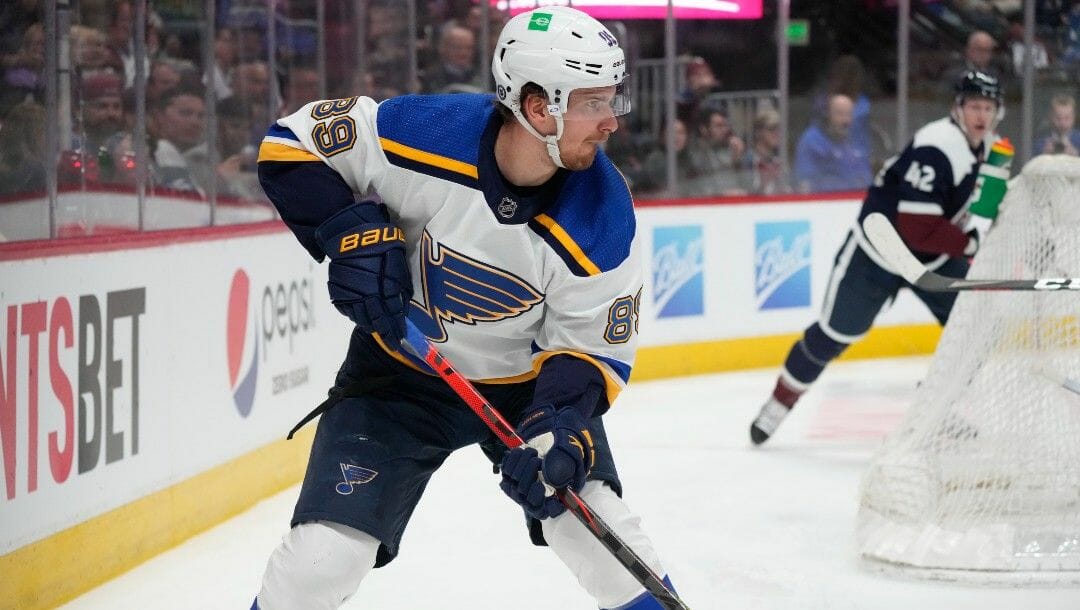 The puck is set to drop for the 2022 Stanley Cup Playoffs — the best time in NHL betting.

One first-round series has the Minnesota Wild taking on the St. Louis Blues.

The Wild enter the series as -165 favorites when it comes to NHL betting lines, but their path could be less obstructed than implied, as Minnesota holds several key advantages, not the least of which is the benefit of home ice for Games 1 and 2, which could help them wrap things up sooner rather than later.

No one has been able to slow down the Wild, and I am not expecting the Blues to start.

Minnesota has been unstoppable since the trade deadline, losing just two games in regulation and going 17-2-3 over the final 22 contests of the regular season.

The Wild were nearly untouchable over that stretch, outplaying their opponents in 14 of those games and posting the fifth-best expected goals-for rating at five-on-five.

The Wild have an advantage on both ends of the ice, playing a lockdown style in their own end while creating offensive opportunities in the attacking zone. Minnesota limited their opponents to nine or fewer scoring chances in all but two of their past seven outings, attempting 10 or more such opportunities in four of seven. The more telling stat is that they out-chanced their opponents in five of seven.

The Blues’ brand of hockey is incompatible with the Wild’s.

St. Louis tends to get outplayed, giving up more chances than they create. Although they’ve had success with it this season, finishing third in the Central Division, the Blues could be spiraling towards regression at the worst time of year.

St. Louis has given up three or more goals in seven of their past eight games, with opponents totaling 31 goals.

That’s unlikely to change in Game 1, with the Blues giving up 10 or more high-danger chances in five of their previous seven games. That hasn’t had a profound impact on outcomes, with the Blues still managing to go 5-2-1 over the eight-game sample. Moreover, their PDO is the highest in the league, which is a reliable indicator for regression.

I’m anticipating the Blues entering a correction phase as output slows down to match production. That leaves an edge in backing the Wild at home in Game 1.