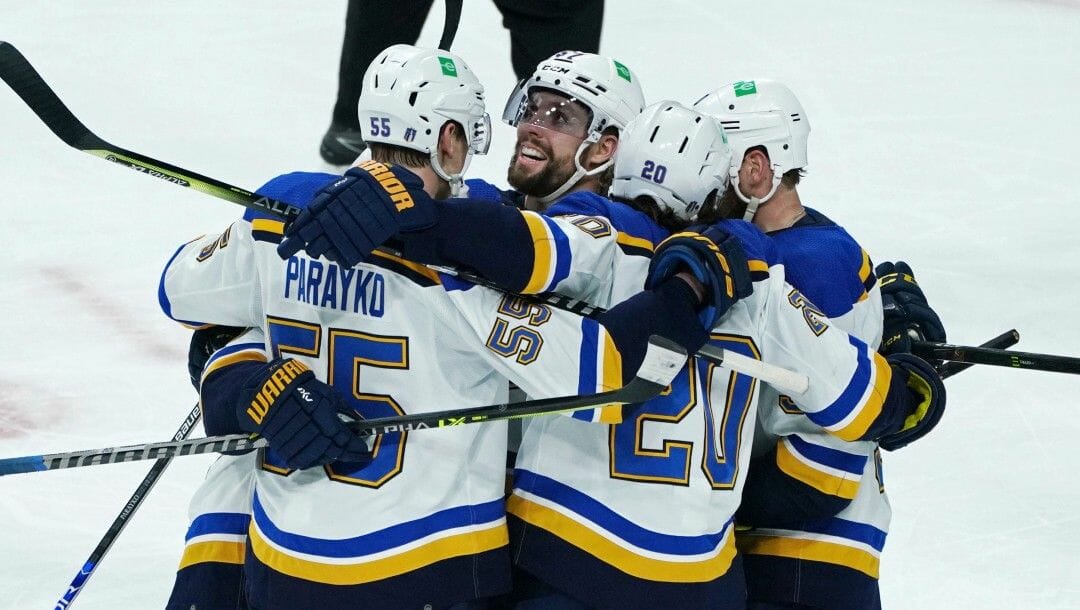 It wasn’t the start the Minnesota Wild deserved in their Game 1 loss to the St. Louis Blues, as the home team controlled the contest from the outset but had victory stolen from them by Blues netminder Ville Husso.

This caused their Stanley Cup betting odds to take a hit.

Solving the Finnish goalie is priority No. 1 heading into Wednesday night’s game, as the Wild maintain their elite analytics-driven play on home ice.

Game 1 was nothing more than a contest of keep away, but not from the team you’d expect.

The Wild finished the matchup with a 72.1% Corsi rating at five-on-five, absolutely dominating the play in the attacking and defending zones. Minnesota held the Blues to seven scoring and four high-danger chances at five-on-five, with all of the quality opportunities and four of the scoring chances coming in the first period.

The result was an expected goals-for rating of 61.8%, the eighth time over the last 17 home games in which the Wild eclipsed the 60% threshold.

St. Louis continues to exhaust their puck luck with scoring, overachieving relative to expected output in four of their past five games.

St. Louis’ current stretch exceeds the norm, which will inevitably collapse and lead to a diminished output.

Since being acquired by the Wild, Marc-Andre Fleury has been a difference-maker, but less so over his recent sample.

He is stopping just 88.% of shots over his past six outings, below his career average of 91.3%. Improved play from Fleury will go a long way to helping the Wild remain competitive in this series and he should start to progress over his coming games.

The Wild will lean into their defensive structure on Wednesday, which limited the Blues to zero quality chances across two periods. Along with sustained play from Ville Husso, goals will be hard to come by.

I am anticipating progression from Fleury and regression from the Blues offense, lending itself to a low-scoring affair in Game 2.