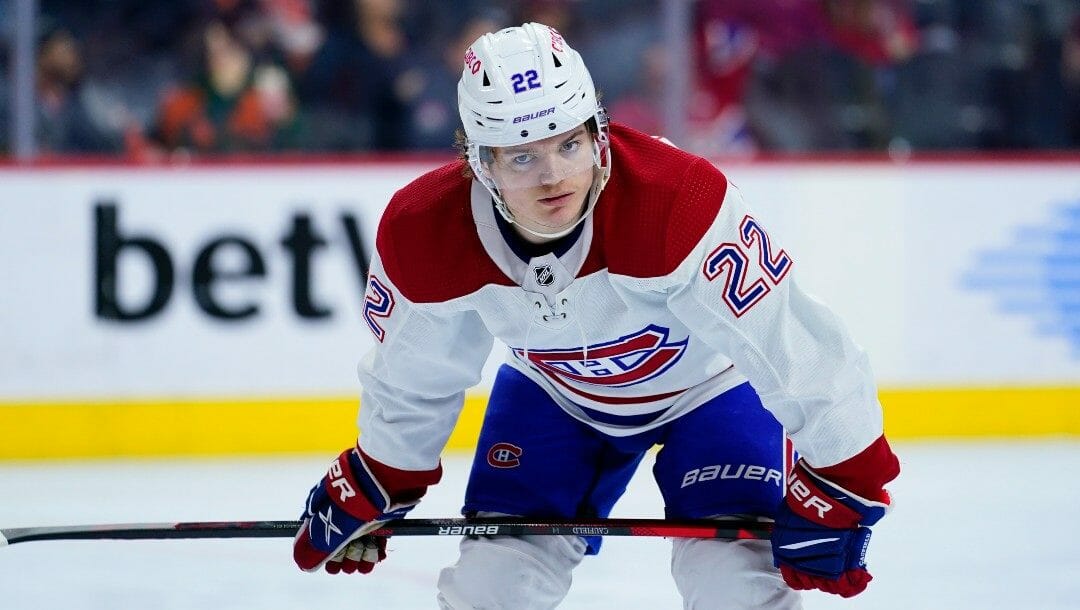 If you’re looking for some action with college basketball betting taking a few days off before the Sweet 16, the NHL has four games Monday so it may be worth taking a look at some NHL betting lines.

The Boston Bruins are seventh in the Eastern Conference standings, only two points behind the Toronto Maple Leafs, as all eight playoff spots are locked up in the conference so the top eight teams are just playing for seeding.

Below are a few NHL betting picks and analysis for the Bruins-Canadiens matchup Monday night.

The Bruins have been on a roll, winning 11 of their past 14 games, including a 4-2 win over the Winnipeg Jets on Friday, where Charlie Coyle had three assists.

Meanwhile, the Montreal Canadiens are still last in the East and have lost four of their past six games.

They’re coming off a 5-1 win over the Ottawa Senators, where rookie Cole Caufield registered another goal in his impressive run. Caufield has scored in four straight games, picking up five goals and two assists over that span.

Against the puckline, the Bruins are 23-39 and 17-15 on the road, while the Canadiens are 30-32 and 14-16 at home. One trend to watch is Boston has gone 6-0 in its past six games when their opponent scored five or more goals in their previous outing.

The trends and stats point directly at Boston coming out on top in this one, but Montreal has been on quite a run lately and their odds on the puck line aren’t so bad if they can keep it a one-goal game.

I think you have to like the Bruins on the moneyline, but you could consider the Habs on the puckline. I think we also ride the rookie’s hot hand and stay with Caulfield finding the back of the net until his streak is over. The over has also been trending in the Canadiens’ past four games, so it could come through despite the stingy Bruins’ defense.