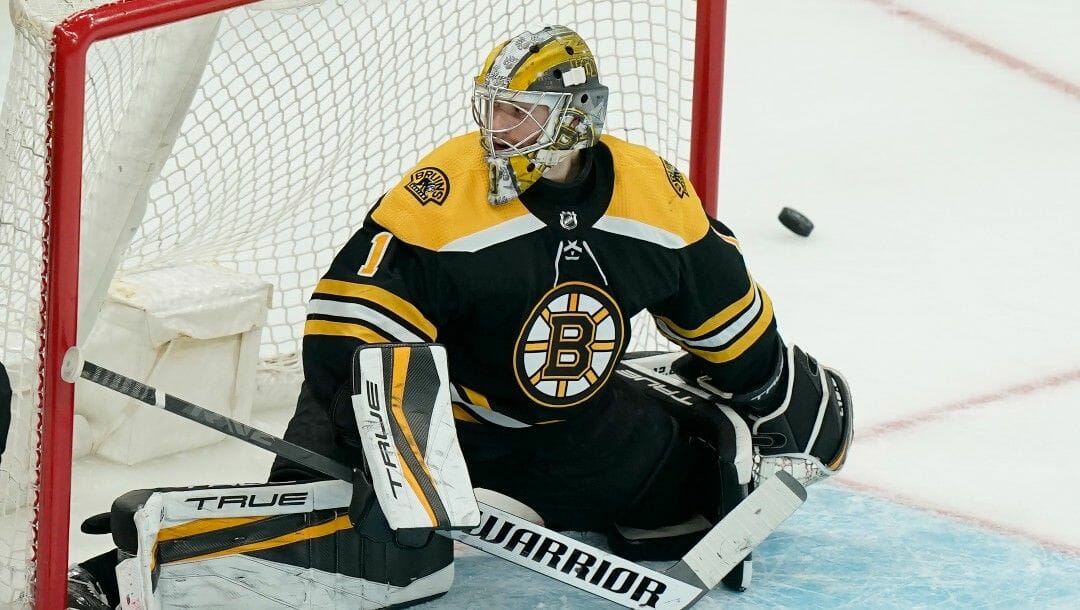 The Boston Bruins went with Linus Ullmark in the net for the first two games and came away with two losses. Jeremy Swayman has started for the Bruins in the past two games and they’ve picked wins both times. Meanwhile, the Carolina Hurricanes had to start Pyotr Kochetkov for Game 3 but had Antti Raanta between the pipes for Game 4, as they came away with the same result both times.

With the series knotted at two, NHL playoff odds have the Hurricanes -125 to win the series.

Below are some NHL betting picks and analysis for Tuesday’s matchup.

Boston woke up Brad Marchand in a big way, and the team is benefitting from his play as he has eight points over the past two games, with three goals and five assists.

In Game 4, the Bruins trailed the Canes under a minute into the second period but from there, Boston went on to score four unanswered goals. Aside from Marchand, Patrice Bergeron, Jake DeBrusk, and David Pastrnak picked up goals for the team.

The Bruins only outshot Carolina by two but had nine powerplay opportunities to the Canes’ five. Boston was missing defenseman Charlie McAvoy, who entered COVID-19 protocol before the game.

Meanwhile, the Hurricanes are at a crossroads.

The series is tied at two, but the momentum had shifted in Boston’s favor. In Game 4, Jordan Staal had a goal and an assist, while Brett Pesce had the other marker for Carolina. Raanta was back in the crease, but he only made 23 saves on 27 shots. On a positive note, the Hurricanes opened the scoring for a fourth straight game.

I have previously stated if the Bruins didn’t make a change in the net that Carolina was going to run away with this series. Boston made the change and has run with Swayman for the past two games and it has paid off.

I should also note that the home team has won every game so far, but I expect that to change as the playoff battled Bruins head to Carolina for Game 5. Boston has been here before and knows how to capitalize on its momentum.