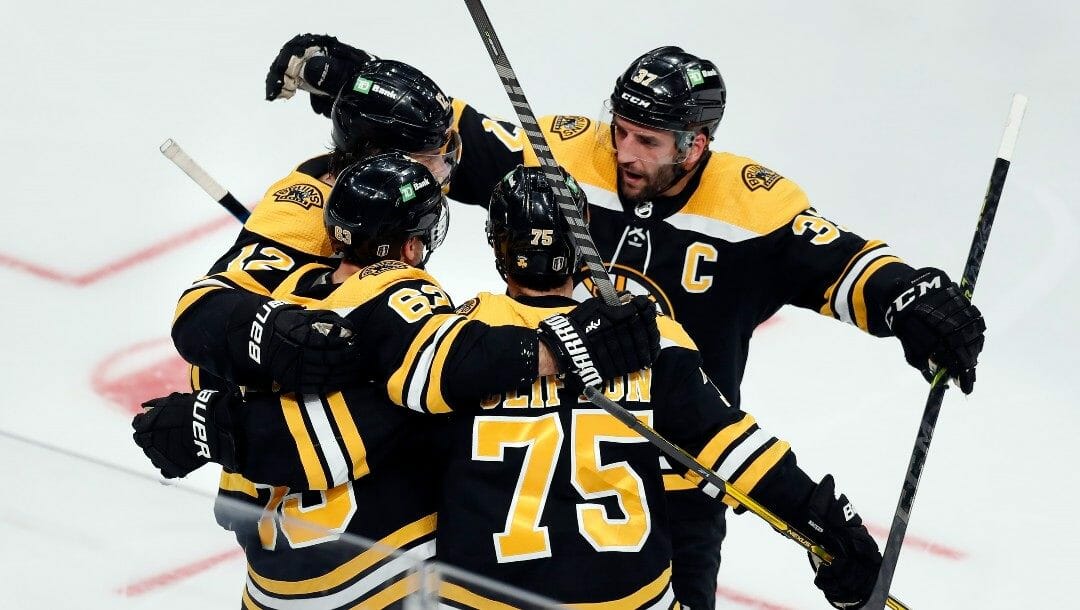 This series has been about home-ice advantage as the home team has won every game. The Carolina Hurricanes will host the Boston Bruins in Raleigh for Game 7, where they’ve outscored the B’s 15-4.

NHL betting lines have the Hurricanes -135 to win.

Below are NHL betting picks and analysis for Saturday’s matchup.

After a scoreless first period in Game 6, the Bruins got to work early in the second period with Brad Marchand scoring the opening goal in only 46 seconds. Charlie Coyle added a powerplay marker at the end of the frame to give Boston a two-goal cushion.

In the third period, Erik Haula, Derek Forbort, and Curtis Lazar would all score their first goal of these playoffs. Jeremy Swayman was solid in the net, making 23 saves on 25 shots.

Meanwhile, the Hurricanes only managed to score twice.

Andrei Svechnikov cut the lead to one at the beginning of the third period and added a meaningless powerplay goal at the end of the game. Antti Raanta didn’t have his best performance, as he allowed four goals on 33 shots.

The Canes were also outshot 34-25 but outhit the Bruins 42-34. Carolina needs to be better with puck possession going into Game 7, as they had four fewer takeaways and gave the puck away twice as much as Boston.

Game 7 is always tough to call.

The way this series has gone, Carolina should win because they’ve performed so well at home, but an early lead by either team will dictate the pace of play and give a significant advantage. Expect a tight, close scoring affair with neither team taking too many chances.

I’m leaning toward the Canes due to their defense and home-ice advantage. However, one thing the Bruins have going for them is we’ve already seen that they can win while facing elimination.