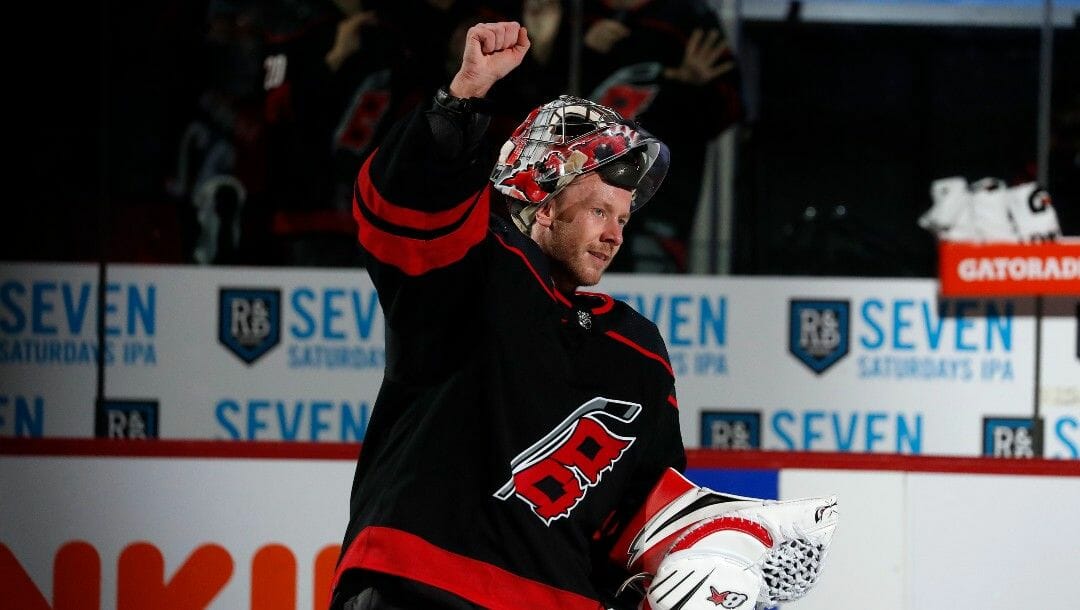 The Carolina Hurricanes made a statement on home ice, crushing the Boston Bruins 5-1 in Game 1 of their series. In four matchups this season, the Canes have now outscored the B’s 21-2.

Below are NHL betting picks and analysis for Wednesday’s Game 2.

Boston was able to outshoot Carolina 36-25 in Game 1, but only scoring two goals in four games against the Canes is abysmal.

One positive note for the Bruins was it was the first time in those four contests that they outshot the Hurricanes. However, Boston has a lot to be worried about.

Their first line of Patrice Bergeron, Brad Marchand, and Jake DeBrusk went a combined minus-7, had zero points, and nine shots. Linus Ullmark allowed four goals on only 24 shots, which probably means Jeremy Swayman will get the start in Game 2.

Meanwhile, after that first game, the Hurricanes have a lot to be happy about.

Antti Raanta stepped up for the injured Frederik Andersen and made 35 saves in his first Stanley Cup playoff start. In his first playoff game, rookie Seth Jarvis had a goal and an assist, as the scoring was spread out with Nino Niederreiter, Teuvo Teravainen, Vincent Trocheck, and Andrei Scechnikov adding the other goals.

A change in net for the Bruins in Game 2 could make for a completely different result.

The Bruins brought the pressure in Game 1 and a goaltending change could be the equalizer in Game 2. Expect Boston to play desperate in the next one because falling behind 2-0 with no wins against Carolina this season could crush team morale.