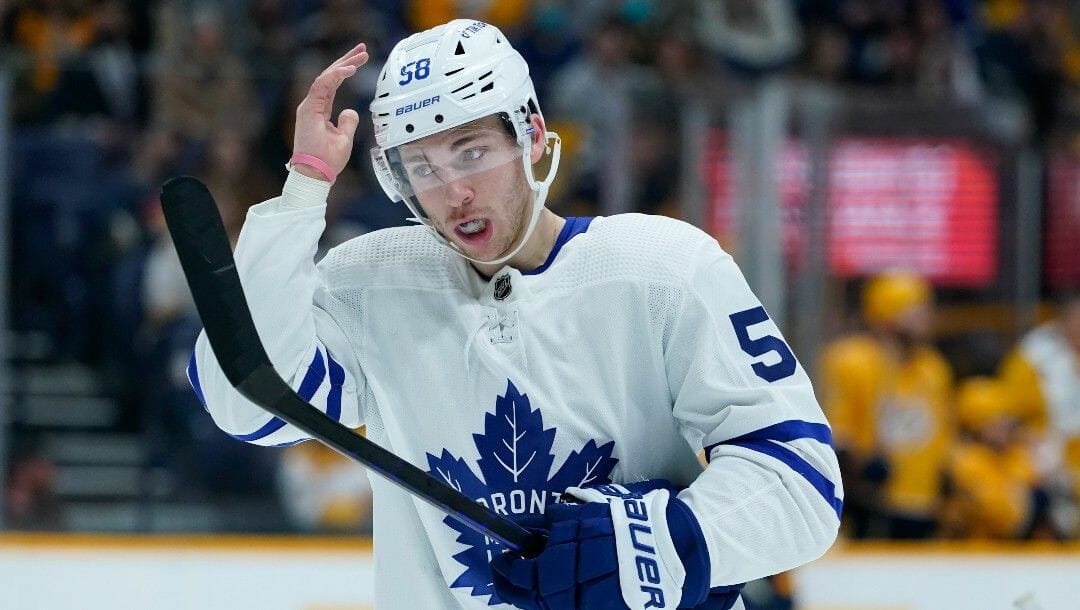 NHL betting is heating up with the regular season winding down and the playoffs on the horizon.

While many look at NHL betting lines, there’s also the chance to look at futures odds when it comes to end-of-the-year awards.

When it comes to the Calder Memorial Trophy (Rookie of the Year), this race is pretty well established. Nevertheless, there could be a little jostling before the end of the season, so let’s look at the current NHL odds and where there might be some value left.

Odds For Calder Memorial Trophy (NHL Rookie of the Year)

Moritz Seider is the clear favorite to win at -125 and with good reason, as he’s fourth in rookie scoring with five goals and 37 points. Seider trails Trevor Zegras, Lucas Raymond, and Michael Bunting in points, but he’s playing defense.

But at -125 he doesn’t have the value he had at midseason.

Moritz Seider should win the Calder trophy, hands down.

Detroit has a truly elite #1 d-man on their team for the next 15 years. #LGRW pic.twitter.com/8cgnbZcUAd

Lucas Raymond is slightly more favored than Trevor Zegras at +350 but only has one more point than his rookie counterpart.

Raymond is second amongst all first-year players with 20 goals and 28 assists. However, he’s fallen further back after leading all rookies in points per game, now sitting fourth at .75 per outing.

Raymond’s shooting percentage leveled out at 13 and remains strong at 13.7, as he’s still third in goal-scoring with 20. Raymond is also tied with Zegras for second in even-strength points with 33.

He’s not a bad bet at +350 because he’s still at the front of this race, but he’s been trending in the wrong direction approaching the season’s stretch run.

Trevor Zegras is basically in the same situation as Raymond with a slight difference in odds, as Zegras is at +375 and has been trending in the right direction as the month of March winds down.

Raymond had a stronger start but it looks like Zegras will have the better finish. He’s third in rookie scoring with 16 goals and 31 assists but he’s first among rookies in points per game with .80.

Coming into the season, Zegras had a lot of hype to live up to and he’s done quite well for himself so far.

At +375, the Anaheim Ducks rookie offers better value than Raymond with the way each is playing right now.

We always save our darkhorse pick for last, but Michael Bunting might be more than a longshot.

Bunting would be the frontrunner of this Calder race if not for one thing; he’s 26-years-old.

The only thing standing in his way is the bias against his age. However, he is a rookie by the NHL’s definition and he should have an equal chance to win the trophy as anyone else.

At +600, Bunting offers the best value to make some money on the Calder race this late in the game.