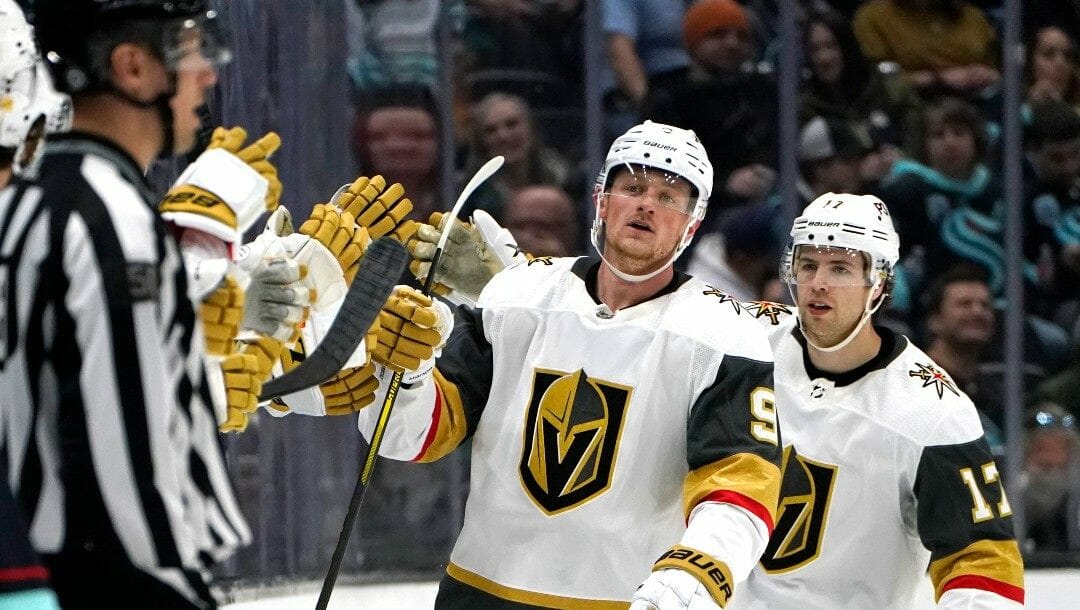 There are five NHL games Wednesday, which is plenty for some ice hockey betting.

One of the matchups has the Vancouver Canucks taking on the Vegas Golden Knights.

The Knights are barely still in the mix for the playoffs, while the Canucks have all but been eliminated. This is reflected in the Stanley Cup odds for both teams.

Here’s some analysis for the matchup, as well as an NHL betting pick.

The Canucks couldn’t have picked a worse time to regress.

Vancouver was flying high under Bruce Boudreau, although overachieving relative to their analytics. They’ve entered a correction phase over their past three games, watching their metrics balance with outcomes.

Vancouver has posted expected goals-for percentages below 50% at five-on-five in three of their previous five outings. Vancouver is getting outplayed on both ends of the ice, attempting more than eight high-danger chances just once over that stretch while giving up 10 or more quality opportunities in three of five games.

With metrics like that, it will be hard for the Canucks to keep pace with the Golden Knights, who are thriving over their recent sample.

Vegas has outplayed its opponents in six straight games and 10 of its past 14, a span in which they are just 7-7-0.

The Knights are swarming opponents, with 10 or more high-danger chances in all but four of those contests for an average of 11.4 per game. Vegas is dictating the pace, posting above-average Corsi in nine of those contests while getting out-shot just four times.

Back on home ice, we should see another dominant effort from the Knights.

Weighing the available metrics supports that the Knights should have more wins than they do over their current schedule.

Vegas has the 11th-worst PDO across all strengths, despite posting the 12th-best expected goals-for rating this season. The Knights are trending upward, failing to live up to their strong supporting metrics.

I am expecting more wins to follow the Knights’ solid performances.